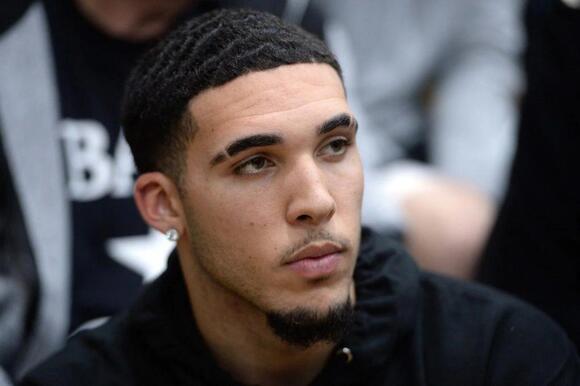 LiAngelo Ball, the brother of NBA stars LaMelo and Lonzo Ball, could soon be joining them in the NBA if all goes well this season in the summer league.

Sports Illustrated’s Roderick Boone reported Saturday that LiAngelo is expected to sign a contract with the Charlotte Hornets, with the deal on track to be finalized before summer-league play begins on Aug. 8.

LiAngelo Ball, a 23-year-old shooting guard, is the elder brother of LaMelo and younger than restricted free-guard Lonzo. He was not selected in the 2018 NBA Draft. 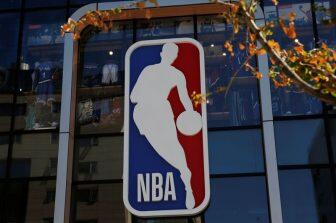 A former three-star recruit out of Chino Hills High School, Ball was arrested before his freshman season at UCLA for stealing sunglasses at a high-end shopping center. Following an NCAA suspension, he withdrew from school and signed to play professionally with PPrienai of the Lithuanian Basketball League.

LiAngelo later signed with the Los Angeles Ballers, becoming part of the Junior Basketball Association created by LaVar Ball. The league ceased operations in 2019, just a year after its inaugural season.

He finally received his first shot at the NBA in 2019, signing a contract to become a practice player in the NBA G-League. He never saw the court after the COVID-19 pandemic wiped out the season. 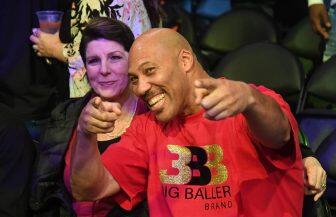 LiAngelo signed an Exhibit 10 contract before training camp with the Detroit Pistons before the 2020-’21 NBA season. Just 11 days after signing the deal, Detroit waived him before he saw the court.

He later joined the G-League’s Orlando bubble , but once again didn’t make an impact. 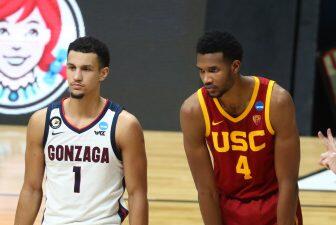 Also Read:
NBA Rookie of the Year race 2021-22: Checking in on the top candidates

Entering his second season, LaMelo Ball will likely be on Charlotte’s summer league roster. While he’s expected to have a breakout 2021-’22 season, it would be a surprise if LiAngelo made the roster.

Kyrie Irving’s Girlfriend, Marlene Wilkerson: Everything To Know About His Fiancée

With Kyrie Irving seemingly benched for the time being, he has plenty of time to spend with his fiancée and the mother of his second child, Marlene Wilkerson. Here’s what you need to know. 2021 has been a year of ups and downs for Kyrie Irving, with one of the...
NBA・3 DAYS AGO
NBC Washington

List of Vaccinated, Unvaccinated NBA Players Ahead of Season

Which NBA players are vaccinated, unvaccinated against COVID-19? originally appeared on NBC Sports Washington. Coronavirus vaccines have been at the center of heated debates for the last year and a half, and the NBA is no different. The league will not require players to receive their full COVID-19 vaccines for...
NBA・17 DAYS AGO
The Spun

The start of the 2021-22 NBA regular season is in just six days and teams are busy at work trying to finalize their rosters. The Los Angeles Lakers inched a step closer to that goal by making their first major cut of the preseason on Wednesday. According to Jovan Buha...
NBA・2 DAYS AGO
fadeawayworld.net

LaVar Ball was pretty close to seeing his dream become a reality. For years now, the "Big Baller Father" has revealed his desire for all three of his sons to become NBA stars. It's a quite ambitious aspiration for any parent, but this one is actually not too far-fetched. In...
NBA・5 DAYS AGO

Zaire Wade, the son of Miami Heat legend Dwyane Wade, has signed a contract with the Utah Jazz’s minor league affiliate. The younger Wade, 19, graduated from high school in 2020 and will sign with the Salt Lake City Stars, a team in the G-League. The move comes less than a year after the retired D-Wade became part owner of the Jazz.
NBA・2 DAYS AGO
Sportsnaut

The Boston Celtics have reportedly suspended guard Marcus Smart for Friday’s preseason finale at Miami due to an unspecified breach
NBA・1 DAY AGO
thespun.com

Dallas Cowboys cornerback Trevon Diggs is making a strong case for just about every honor in the NFL this season. Unfortunately, the team might be without him for Sunday’s game against the New England Patriots. According to Cowboys insider Clarence Hill Jr., Diggs is going to be a gametime decision...
NFL・21 HOURS AGO
Lakers Daily

With the 2021-22 regular season rapidly approaching, the Los Angeles Lakers have requested waivers on four players. Perhaps the most notable player being released is Joel Ayayi. Ayayi showed a lot of promise throughout his time at Gonzaga University. During his final season there, he posted averages of 12.0 points,...
NBA・17 HOURS AGO

LaVar Ball and Big Baller Brand are officially back in the sneaker business.
NBA・2 DAYS AGO
Sports Illustrated

The Lakers star said he isn't frustrated by the team's winless preseason, but he did have a few choice words for the Netflix hit.
NBA・2 DAYS AGO
GOBankingRates

These players didn't live up to the big money they were paid.
NBA・15 DAYS AGO
Hoops Rumors

The Hornets are signing LiAngelo Ball to a non-guaranteed contract and will waive him shortly thereafter, a source tells Rod Boone of the Charlotte Observer. A report earlier this week suggested that Ball would sign a general G League contract and be entered into the NBAGL draft pool, where the Greensboro Swarm (Charlotte’s affiliate) might select him.
NBA・1 DAY AGO

Brittney Griner threw down a dunk in the WNBA Finals, and NBA stars sitting courtside lost their minds

The 6-foot-9 Mercury superstar scored Phoenix's first 10 points of the game and led the team in points and rebounds heading into halftime.
BASKETBALL・2 DAYS AGO
ClutchPoints

LiAngelo Ball had some nice moments for the Charlotte Hornets during Summer League, but he didn’t make the training camp roster ahead of the 2021-22 season. Now with the regular season approaching, Ball is signing a contract in the G League and will be in the Oct. 23 draft, according to Shams Charania of The Athletic and Stadium.
NBA・4 DAYS AGO
ClutchPoints

The G-League draft won’t be graced with the presence of LiAngelo Ball after all. Shams Charania of The Athletic and STADIUM reported on Friday that Ball has signed a non-guaranteed contract with the Charlotte Hornets, clearing the way for him to play the 2021-22 season in Greensboro with the team’s G-League affiliate.
NBA・1 DAY AGO
AllLakers

Preseason/training camp is coming to a close, and it was time for the Lakers to finalize their 15 slot roster. Cam Oliver, Chaundee Brown and Trevelin Queen, and Joel Ayayi have all been cut. They follow Mac McClung and Frank Mason III, who were cut earlier in the preseason. Oliver, Queen, and Brown are likely to be playing for the Lakers G-League affiliate, the South Bay Lakers.
NBA・13 HOURS AGO
The Spun

LiAngelo and LaMelo Ball enjoyed a brief reunion in Charlotte when the Hornets signed the elder brother on Thursday. But now less than 24 hours later, that family affair is over. On Friday afternoon, Hornets president/GM Mitch Kupchak announced that the team waived LiAngelo. While his time with the NBA...
NBA・16 HOURS AGO
Sportsnaut

The Orlando Magic agreed to a four-year, $50 million deal with big man Wendell Carter Jr., according to reports on
NBA・11 HOURS AGO
AllPacers

NBA Opinion: It Is Absolutely Crazy That LiAngelo Ball Has Not Been Signed

LiAngelo Ball is still a free agent. The 22 year old played in NBA Summer League for the Charlotte Hornets, and averaged 9.6 points per game (fifth on the team) in just 17.4 minutes per game. He finished the summer league shooting 37.5% from the field and 34.5% from the...
NBA・11 DAYS AGO