Minneapolis voters to decide on agency to replace police department 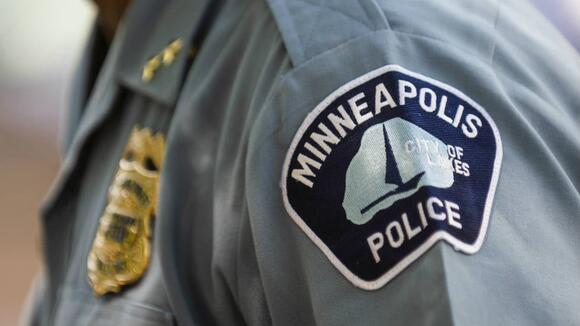 Minneapolis voters are set to decide on whether to replace the police department with a new agency.

The Minneapolis City Council voted on Friday to allow voters to determine whether to replace the Minneapolis Police Department with a Department of Public Safety, according to the council’s website.

Voters will take up the measure during the Municipal General Election on Nov. 2.

The proposal comes after Minneapolis became the center of attention amid the killing of George Floyd by former Minneapolis Police officer Derek Chauvin, an incident which sparked nationwide outrage and unrest.

Chauvin knelt on Floyd’s neck for over nine minutes during an arrest despite his pleas that he could not breath. The incident resulted in Floyd's death. The former officer was convicted of second- and third-degree murder, as well as second-degree manslaughter. Chauvin was sentenced to 22.5 years in prison last month.

Under the proposal, the Department of Public Safety would employ a “comprehensive public health approach, and which would include licensed peace officers (police officers) if necessary, to fulfill its responsibilities for public safety,” according to the approved language.

The department would be led by a commissioner for Public Safety, as opposed to the Mayor having complete control over the department.

The measure was originally proposed by Yes 4 Minneapolis, which describes itself on its website as a “unifying campaign bringing together voters, faith leaders, labor unions, businesses, and more because we have an opportunity to create a system that works for all of us.”

The measure has been submitted to Mayor Jacob Frey (D) who was given days to approve the measure, according to Fox 9. If he approves it or decides not sign it, the language is submitted to be placed on the ballot by Aug. 20.

Should Frey veto the measure, the City Council would need a two-thirds majority to override the veto, according to CNN.

Frey’s office told CNN that he will “not be signing the measure, but appreciates the careful work and thorough analysis done by City staff to prepare fair and accurate language for voters to consider this fall.”

BLM and ANTIFA were locked and loaded waiting for the right incident to attack! And attack they did for a year with the democrats permission and blessing!

This proposal includes police officers (if needed). Wow. Would this be the same city council that caved to the ambulance chasers, Crump and Sharpton to the tune of $29 MILLION while defunding police as the city burned? That council? Sounds like a well thought out plan that even Ilhan Omar can support. Prediction? Increased gun sales.

The GOP's election review in Arizona is over. Its influence is just beginning, experts say.

Arizona Republicans on Friday championed the results of their extraordinary partisan election review — which again affirmed President Joe Biden’s victory in Maricopa County — and called for similar examinations around the country. “We need to do bigger audits on every election, just to make sure that everybody’s following the...
ARIZONA STATE・8 HOURS AGO
ABC News

Workers whose jobs put them at high risk of exposure to COVID-19 are now eligible for COVID-19 booster shots, according to the latest guidance from the the Food and Drug Administration and the Centers for Disease Control and Prevention. A third dose of the Pfizer-BioNTech COVID-19 vaccine is also now...
PUBLIC HEALTH・13 HOURS AGO

Sen. Chuck Grassley (R-Iowa) on Friday announced that he's running for reelection in 2022, seeking an eighth term in the upper chamber. Grassley made the announcement on Twitter at 4 a.m., with a GIF of him going out for a morning run. "It’s 4 a.m. in Iowa so I’m running....
CONGRESS & COURTS・1 DAY AGO
NBC News

Actor Michael K. Williams died of an accidental overdose that included the synthetic opioids fentanyl and p-fluorofentanyl, the New York City medical examiner's office said Friday. Williams, whose work on HBO's "The Wire" and "Boardwalk Empire" was widely praised, died Sept. 6 at age 54. He had been open about...
NEW YORK CITY, NY・14 HOURS AGO
ABC News

COLLIERVILLE, Tenn. — The man who opened fire at a Tennessee supermarket was a "third-party vendor" who wounded 15 people — one fatally — before taking his own life, police said Friday. The victims included 10 employees and five customers at a Kroger on New Byhalia Road in Collierville, a...
TENNESSEE STATE・18 HOURS AGO

SHANGHAI/LONDON, Sept 24 (Reuters) - China's most powerful regulators on Friday intensified a crackdown on cryptocurrencies with a blanket ban on all crypto transactions and mining, hitting bitcoin and other major coins and pressuring crypto and blockchain-related stocks. Ten agencies, including the central bank, financial, securities and foreign exchange regulators,...
MARKETS・16 HOURS AGO
The Hill

Biden does not plan to shield Trump docs in Jan. 6 probe

President Biden has determined that he does not plan to assert executive privilege to shield Trump-era documents sought by the House committee investigating the Jan. 6 insurrection, White House press secretary Jen Psaki said Friday. “We take this matter incredibly seriously. The president has already concluded that it would not...
PRESIDENTIAL ELECTION・14 HOURS AGO