How Rich is Hailey Bieber? 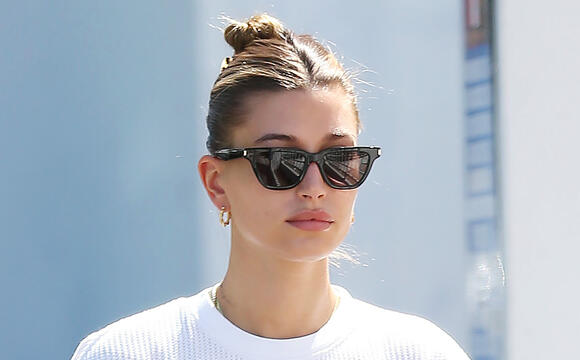 Hailey Rhode Baldwin Bieber has had a busy few years between her career, love life and businesses .

See: How Much Do Instagram Influencers Make? 2021 Top Earners
Find: How Much Is Justin Bieber Worth?

Bieber is one of the current crop of models who rose to stardom during the earlier days of the era of the social media influencer. The daughter of actor Stephen Baldwin, the influencer ran in the same Los Angeles socialite circle as the Hadids and Kardashian-Jenners, so she’s no stranger to the paparazzi and press.

Her famous name and connections helped to catapult her into the world of modeling in 2014. Bieber is most noted for her fashion campaigns with Guess, Ralph Lauren, Calvin Klein and Tommy Hilfiger.

She has also made several cameos on television, having appeared on “Saturday Night Live” with her uncle Alec Baldwin in 2009 and hosted the 2015 MTV Europe Music Awards and the 2016 iHeartRadio Music Video Awards.

See: A Look Inside the Luxurious Life of Justin Bieber
Find: 23 Celebrities Convicted of Tax Evasion

The American model and television personality gained global notoriety when she and Justin Bieber shocked the world with their stormy romance, having briefly dated from 2015 to 2016 and gotten back together in the summer of 2018. They wed in a New York City courthouse in September of that year.

Between print advertisements and social media campaigns for brands like Yves Saint Laurent, Versace and Levi’s, the model has had a busy and lucrative year so far.

In 2021 alone, Bieber has appeared the covers of Vogue, V, Bazaar and GQ magazines. She did a major spread interview with Elle in January, was featured in the Superga spring-summer 2021 campaign and walked in the fall 2021 Moschino show.

She and her husband had a brief cameo on Lil Dicky’s Hulu show “Dave,” where they played themselves. She returned the favor by having the Pennsylvania-native comedian/rapper on her new YouYube series, “Who’s in my Bathroom?,” where where she, well… interviews celebrities in her bathroom.

See: The Richest Celebrity From Every State
Find: 24 Celebrities Who Tried and Failed To Start New Careers

Cash From Being a Social Media Influencer

While Bieber can rack up $4,000-$15,000 per YouTube video, it’s chump change compared to what she can make through brand endorsements on social media.

In 2019, Bieber told Insider magazine that a single Instagram post can garner $150,000, thanks to her 36.2 million followers. Her most recent endorsements on the site are for Bare Minerals makeup and Levi’s 501 Originals campaign.

With five months left in the year, what might be next for Hailey Bieber?

This article originally appeared on GOBankingRates.com : How Rich is Hailey Bieber?

Here we go again. Justin Bieber and Hailey Baldwin’s 2021 Met Gala experience didn’t exactly go as planned. When the couple arrived at the event on Monday, Sept. 13, they were bombarded with chants by fans who kept yelling “Selena” over and over again. Talk about annoying. Even though Bieber and Selena Gomez’s romance ended in March 2018, some people still feel like they should be together. But since Bieber has clearly moved on with Baldwin, whom he married in September 2018, it’s about time to let it go.
CELEBRITIES・3 DAYS AGO
younghollywood.com

(Hailey Bieber/Instagram/@haileybieber) I think it can be said that we all know about Justin and Hailey Bieber, AKA “Jailey”, the celeb couple who unapologetically takes over our Instagram feeds and magazine headlines. Whether strutting at a red carpet event, working late in the studio, off galivanting around some beautiful vacation destination, or just out and about in L.A., this couple is always sure to be doing things fashionably. Especially after the past year we’ve had, the pair has come out hotter than ever this Summer. Take a look at a few of their best fashion moments from the past few months!
BEAUTY & FASHION・20 DAYS AGO
Popculture

Monday night's 2021 Met Gala was all about fashion as Hollywood's biggest stars hit the red carpet in jaw-dropping ensembles, but for Justin Bieber and Hailey Bieber, all the buzz seemed to be on the possible expansion of their family. As the biggest night in fashion wound to a close, fans of the couple, who tied the knot in September 2018, were left convinced that Bieber and Hailey are expecting their first child together thanks to one peculiar moment on the red carpet.
CELEBRITIES・4 DAYS AGO
Page Six

Selena Gomez wasn’t at Monday’s Met Gala, but fans of the “Ice Cream” singer were — and made their presence known by chanting her name at Justin Bieber and Hailey Baldwin as they walked the fête’s red carpet Monday night. Bieber — who was in an on-again-off-again relationship with Gomez...
CELEBRITIES・5 DAYS AGO

Hailey Bieber may have genetics to thank for her model looks, but it's her hard work in the gym that keeps her so fit. Now, the star is revealing the exercise routine she sticks to in order to maintain her amazingly toned physique. Read on to discover Bieber's exact lower body workout. For more on how your favorite stars tone up, Cindy Crawford Reveals Her Exact Workout for Flat Abs.
FITNESS・24 DAYS AGO
Cosmopolitan

In case you were wondering, nope! We're not done talking about the Met Gala. Mostly because it turns out Shawn Mendes had a run-in with his previous Met Gala date Hailey Bieber right before the event, which fans have dubbed deeply awkward. In a ~getting ready~ video published by Vogue...
CELEBRITIES・2 DAYS AGO
Us Weekly

A special night out! Hailey Bieber and Justin Bieber made a stylish appearance on the red carpet at the 2021 Met Gala on Monday, September 13. Hailey, 24, wore a black body-hugging YSL gown, while Justin, 27, posed in a classic black suit in honor of this year’s theme, “In America: A Lexicon of Fashion.”
BEAUTY & FASHION・5 DAYS AGO
Elite Daily

Hailey Bieber Presented At The VMAs In A White, Sheer Bodycon Dress

Hailey Bieber took the stage at the 2021 MTV VMAs in a white, turtleneck dress that was just a teensy bit see-through. Underneath, she went with a white bustier and underwear to keep the sharp look. Sheer might just be the the must-wear look of the 2021 VMAs if other celebrities’ looks are any indications.
CELEBRITIES・6 DAYS AGO

The VMAs are back! I mean, they were also back last year but the show was largely pre-recorded and semi-virtual, so things weren't exactly the same. And whomst performed? That'd be Justin Bieber. But apparently he wasn't down to walk the red carpet this year (too busy getting into his performance overalls), which means we tragically didn't get any VMAs red carpet pics of him and Hailey Bieber.
CELEBRITIES・6 DAYS AGO
Life and Style Weekly

Is a baby Bieber on the way? Fans are speculating that Hailey Bieber (née Baldwin) is pregnant after Justin Bieber placed his hand on his wife’s stomach while posing on the 2021 Met Gala red carpet. On Monday, September 13, all eyes were on fashion as celebrities and influencers walked...
BEAUTY & FASHION・4 DAYS AGO
E! News

Watch: Justin Bieber New Model for Kim Kardashian's SKIMS?. She's his one love, his one heart, his one life for sure. The Biebers celebrated their third wedding anniversary at the 2021 Met Gala, keeping it sleek in Yves Saint Laurent for the bash on Monday, Sept. 13. After posing for photos on the red carpet, Justin Bieber made sure to shower Hailey Bieber with love to give her a special and romantic night once the cameras were gone.
CELEBRITIES・5 DAYS AGO
POPSUGAR

Hailey Bieber's Looks at the VMAs Did Not Disappoint, but Are You Surprised?

For the 2021 VMAs, celebrities gave us plenty to talk about, creating iconic fashion looks that will forever be etched in our memories. With the return of the event at Barclays Center, there was a clear embrace of fantasy as stars bedazzled in shimmery, sheer, and feather-trimmed looks. Hailey Bieber...
NEW YORK CITY, NY・6 DAYS AGO

Hailey Bieber addresses allegations that Justin 'mistreats' her: 'So far from the truth'

During her appearance on Friday's episode of "4D with Demi Lovato," Hailey Bieber sounded off on rumors that her husband "mistreats" her.
CELEBRITIES・1 DAY AGO
justjaredjr.com

Justin Bieber carries a Drew House bag while arriving for the 2021 Met Gala held at the Metropolitan Museum of Art on Monday (September 13) in New York City. The 27-year-old singer was joined at the annual night of fashion by his wife Hailey Bieber. Justin also adorned his sneakers...
NEW YORK CITY, NY・6 DAYS AGO
Elle

Justin and Hailey Bieber may have skipped the MTV VMAs red carpet due to Bieber opening the show, but the two were photographed together later in the night, and they both wore statement looks. Hailey had the bigger fashion moment, pairing a white crop top with green feathered pants. Justin, meanwhile, rocked a black hoodie with a tan blazer and jeans.
CELEBRITIES・6 DAYS AGO
Audacy

During a conversation with Demi Lovato on 4D with Demi Lovato, Hailey Bieber opened up to the podcast host about navigating her high-profile marriage in the public eye. As Demi asked Bieber about dating and marrying the “Peaches” singer, the 4D host pondered where Hailey finds resilience. Bieber explained to Lovato, “I think one of the biggest things you have to know what the truth is behind everything. You know there are so many narratives that float around about me, about him, about us together.”
CELEBRITIES・2 DAYS AGO

The most glamorous wedding anniversary ever! Justin and Hailey Bieber rang in three years of marriage on Monday night at the 2021 Met Gala. Fashion's biggest night just happened to take place on the same day as the couple's 2018 courthouse wedding ceremony -- and they certainly celebrated in style.
BEAUTY & FASHION・5 DAYS AGO
HollywoodLife

Hailey Baldwin’s cousin Ireland came to her defense after overzealous fans heckled her and Justin Bieber about his ex, Selena Gomez, at the Met Gala. Never go against the family. That appears to be the motto Ireland Baldwin is living by after a crowd of excited fans heckled Hailey Baldwin and Justin Bieber about Selena Gomez at the Met Gala on Monday, September 13. A TikTok video Hailey posted on the platform showed the famous couple walking the carpet as fans could be heard chanting, “Selena! Selena! Selena!”
CELEBRITIES・3 DAYS AGO
Marietta Daily Journal

Hailey Bieber, Travis Barker, Simone Biles and Billie Eilish are among the presenters at the MTV Video Music Awards 2021. The star-studded ceremony takes place at the Barclays Center in Brooklyn on September 12, and the Doja Cat-hosted awards show will see major names handing out prizes on the night.
CELEBRITIES・10 DAYS AGO
E! News

Watch: Billie Eilish Reveals How Justin Bieber Helps Her Handle Fame. Justin Bieber took a bite out of the MTV Video Music Awards for the first time in a long time, and wife Hailey Bieber was there to cheer him on. The 27-year-old singer performed at the 2021 MTV VMAs...
BROOKLYN, NY・6 DAYS AGO