SEALs have a new target: Congress 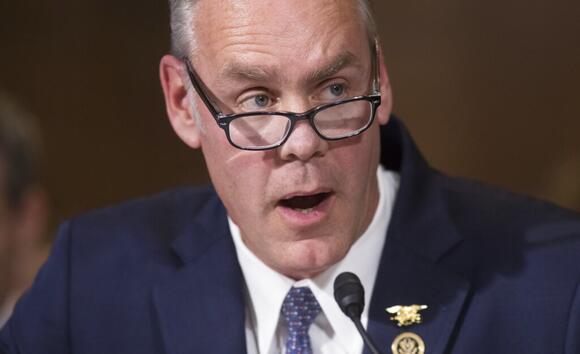 Washington’s greatest hope for political bipartisanship and action may be in the hands of the nation’s most lethal outfit — U.S. Navy SEALs.

In a show of political force never before seen, five retired SEALs are running for House seats in 2022, hoping to join Texas Rep. Dan Crenshaw, who is expected to win a third term.

“We all believe Congress is a place where you can make a sizable impact, and I think that’s why a lot of us are trying to get there,” said first-time Republican candidate Eli Crane of Arizona, a winner on the Shark Tank investor TV show.

“I personally believe that Americans, and that includes people on the Left, are really looking for a group that they understand that they can intuitively trust to do something better,” said Derrick Van Orden, who nearly won in 2000 and who is again challenging Wisconsin Democratic Rep. Ron Kind in 2022.

The “old man” of the group, former Interior Secretary Ryan Zinke, a former Montana House member running to return to Congress, said that while they are all Republican Party faithful, the SEALs “caucus” could have an outsize impact on bridging the political gap in Washington.

“I’m gonna win,” said Zinke, already endorsed by former President Donald Trump. “But I guess I'm reluctant because I know what D.C. has become. It is fixable. If I didn't think it was fixable, I wouldn't do it. We got to learn to work together as a nation. I don't think the biggest threats are Russia, China, or even Iran. I think it’s the division within this country,” he said from Kalispell, Montana.

What all three said SEALs, plus Brady Duke running in Florida and Morgan Luttrell in Texas, offer are teamwork and a rich work ethic. “I think a lot of veterans don’t think through a red or blue lens. I think we mostly see things through a red, white, and blue lens,” said Zinke.

Crane, 41, already endorsed by conservative media mogul Mark Levin, began his campaign this week with a provocative video that said his 13 years of Navy service proved he had “skin in the game.”

In an interview, he said, “To be honest, I'm tired of seeing folks go to Washington, D.C., that are self-serving. They're not willing to sacrifice, they're not courageous, and I know that I'm a little bit different when it comes to that. And so, I'm willing to do it because I think that you can make a pretty big impact there, not only in how you vote, but when you're in that room encouraging others.”

Van Orden, 51 and a strong supporter of Trump, said that he is a conservative not willing to give ground on principles but ready to find common ground on issues, a stance not common in Washington.

Van Orden, who was one of the stars in the movie Act of Valor, added, “If the Left, or the Democrat Party, however you want to say, is really going to put the country before politics, I’ll work with them every single day.”

Florida candidate Duke agreed with the "team" theme. "The one thing I believe and I know is true about our community is that those of us who have fought alongside each other are brothers. We know that we have a goal in mind, and we're going to do everything as a team and as a unit to do that," he said.

Duke added, "I think that's something that needs to be restored in Congress today, and then our government. We have a keen ability to create teamwork in ways that will overcome obstacles that people would otherwise think can't be overcome."

Pollster John McLaughlin said that voters should embrace veterans and SEALs as candidates. “America has a long history of patriots who defend our freedom and democracy in war and then return home to run for office to defend the very same freedom and democracy from within the government,” he told Secrets.

“It’s little wonder that the heroes who sacrificed in our armed forces are once again leading the way to defend us and sacrifice in public service. It’s necessary for liberty to survive,” he added.

Speaking as a US Citizen, a first generation legal immigrant, a VERY PROUD Combat Veteran of the US Navy, and a man who has watched how most elected officials have NOT served this country as much as a first week boot camp recruit……..I fully endorse and support EVERY veteran who runs for political office over anyone who has not. These honorable folks may actually have a chance at correcting how our government has been manipulated!!!

I agree 100% Veterans are salt of the Earth. They are the ones who know what freedom is. They know what this country needs. Out with life time crook polititions. Back with honest hard working people that can get America back on the right track.

WASHINGTON, Sept 17 (Reuters) - Former President Donald Trump has endorsed challengers to five congressional Republicans, part of his effort to assert dominance over the party after losing his re-election bid last year to Democrat Joe Biden. Trump's fire has been focused on the handful of Republican lawmakers who voted...
PRESIDENTIAL ELECTION・2 DAYS AGO
Newsweek

Republicans said Thursday that if the allegations about the calls are true, Milley's "pledge to China is nothing less than outright treason."
CONGRESS & COURTS・2 DAYS AGO
WOKV

Blinken faces new round of hard Afghan questions in Congress

U.S. Representative James Clyburn (D-S.C.) said he pressed President Joe Biden about nominating a Black woman to the Supreme Court before he gave his endorsement. Clyburn confirmed reports that he pressed Biden in advance of the Democratic Primary debate last February on Bloomberg TV’s Balance of Power. At the end of the debate, Biden expressed his desire to name the High Court’s first Black female justice.
CONGRESS & COURTS・1 DAY AGO

Two words were so closely associated with Republican Rep. Anthony Gonzales that I started to think they were part of his name: "rising star." The Ohio congressman was a young former football star with an MBA from Stanford whose political career appeared to have limitless potential. That is, until January....
POTUS・2 DAYS AGO
Newsweek

Previously, the senator reportedly told Trump he had been "written off as dead" because of the U.S. Capitol riot.
POTUS・2 DAYS AGO
Newsweek

"It is time for the Republican Party to denounce militia-ism," the GOP lawmaker urged.
CONGRESS & COURTS・2 DAYS AGO
WashingtonExaminer

Newsmax host Grant Stinchfield cut off an Iraq War veteran on his show Wednesday after he criticized former President Donald Trump for his handling of Afghanistan.
POTUS・2 DAYS AGO

Landon Copeland, who was charged in connection with the Capitol riot, doesn't expect a big turnout on Saturday unless Trump says to "go to the Capitol again."
PROTESTS・2 DAYS AGO
Washington Post

An earlier version of this article said that Tiffany Trump recently married. She is engaged but not married. The article has been corrected. In June, former Treasury Secretary Steven Mnuchin visited Israel to scout investments for his new company, then flew to Qatar for a conference. At the time, Mnuchin had been out of office for five months.
POTUS・2 DAYS AGO
Washington Post

GOP Rep. Gonzalez, who voted to impeach Trump, announces he won’t seek reelection, citing ‘toxic dynamics inside our own party’

Rep. Anthony Gonzalez (R-Ohio), one of 10 Republicans who voted to impeach former president Donald Trump, on Thursday announced he will not seek reelection in 2022, citing a desire to “build a fuller family life” as well as “the toxic dynamics inside our own party.”. Gonzalez, a former professional football...
CONGRESS & COURTS・2 DAYS AGO
Newsweek

Greene has been a staunch supporter of former President Donald Trump's efforts in building a wall along the Southern border and has urged Biden to continue it.
CONGRESS & COURTS・2 DAYS AGO

They have a vision for a happier Congress: More golf

Once again, a Republican and a Democrat looked at the events unfolding before them with completely diametric views of what should happen next. “Get up,” said Chris Krepich, communications director for Ohio Republican Rep. Brad Wenstrup. “No — it should get down,” responded Lewis Myers, a staffer for Stacey Plaskett,...
U.S. POLITICS・4 DAYS AGO
Newsweek

The GOP House Minority Leader has helped five anti-Trump Republicans raise about $100,000 each in the first half of 2021.
NEW YORK CITY, NY・9 DAYS AGO
Newsweek

"We owe it to the American people to investigate everything that led up to, and transpired on, January 6th," Cheney said in a statement.
PRESIDENTIAL ELECTION・17 DAYS AGO
Editor at Global Perspectives

37,000 Afghan refugees will arrive in every U.S. state except four

Every U.S. state except Hawaii, South Dakota, West Virginia, Wyoming will accept Aghan refugees in the coming weeks. The Associated Press broke the story stating, "The Biden administration began notifying governors and state refugee coordinators on Wednesday how many refugees their state could expect to see in this first group."
WASHINGTON, DC・23 HOURS AGO

"The Republican Party will not get better unless you stand up," the congressman said in a message to fellow GOP lawmakers on Saturday.
PRESIDENTIAL ELECTION・20 HOURS AGO
News 5 Cleveland WEWS

'I will never support him again. He’s forfeited that.'

Anthony Gonzalez interview about why he is not seeking reelection.
ROCKY RIVER, OH・1 DAY AGO
Newsweek