"Today" show host Karl Stefanovic has shared his take on the news surrounding Prince Harry and his soon-to-be-released memoir. Stefanovic was critical about the possible content and effect of Harry's book.

In the wake of Prince Harry's announcement about his forthcoming book, "Today," show host Karl Stefanovic shared his opinion on what could be obtainable and the perspective with which Harry would share his message.

Stefanovic criticized the Prince's choice to write an excluded tell-all which equated being in public. According to him, it seemed Harry was going against his own choice of privacy. 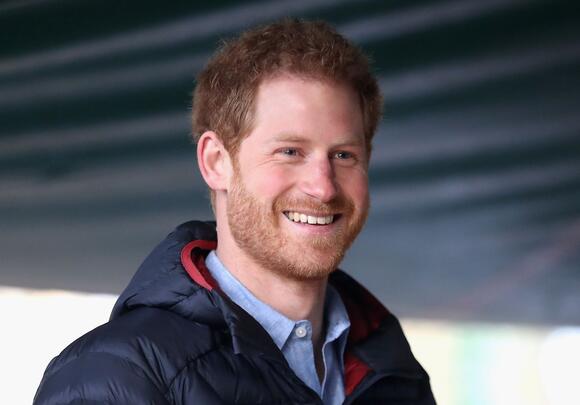 The TV personality asked a rhetorical question of whether the book would be from Harry's perspective or his wife, Meghan Markle. Stefanovic's words suggested that Harry might be critical of the royal house from his own angle or that of his wife.

However, his co-host Sam Rubin countered, noting that Markle would likely write her own multi-million dollar book. Stefanovic mentioned at this point:

"That's an interesting question because we don't want to preclude her own book deal, so I suspect it will be more of his story…"

The TV presenter went on with his deduction, stating that Harry's move to write a book that would likely become very public was a departure from his anti-media choices.

Stefanovic felt like this did not serve the Prince well because it would only draw more criticism. His co-host Allison Langdon agreed with him, noting that Harry and Markle wanted a private life but "can't live without the media attention."

Langdon added that the royal couple was dependent on media attention. She called the two out, noting that "they both thrive on it, and they both need it."

More updates on the Duke of Sussex's life regarding the other royal family members show that he might be preparing to have his baby daughter, Liibet's christening at Windsor.

If this follows through, Prince Harry might want the Queen to attend the christening, thereby putting her in a "difficult" position. This is because the Queen has not attended most of the christenings in recent years.

Royal insiders noted that the Duke and Duchess of Sussex might want to christen their daughter at St. George's Chapel just like they did with their first child, Archie.

The speculations show that the couple would want the Queen to be present. Angela Levin, a royal biographer, has described Harry's expectations of the Queen as "unreasonable."

Earlier in the week, a royal expert, Russell Myers, shared that it would be really "awkward" if the couple chose to christen their daughter at Windsor. This, according to Myers, is due to the already tense situation among the royal adults.

While many anticipate the release of Harry's book, which would be released in a year, more royal experts have weighed in on what could be his book's content.

The 36-year-old royal already mentioned that he would be focusing on his highs, lows, mistakes, and experiences. However, royal expert Katie Nicholls thinks all information would be "kept under tight wraps."

She suggested that the memoir would likely contain information already dispensed during his exclusive interview with TV legend Oprah Winfrey and also on his Apple TV + docuseries, "The Me You Can't See."

Nicholl pondered more on what could be obtainable, asking if Harry would open up on who was the alleged royal racist. She also touched on the possibilities of Harry, talking about the effect of his mom, Princess Diana's death.

Royal experts further discuss the motivation behind the public figure's choice to go public with a tell-all instead of holding on to his privacy policy. LA-based reporter Kinsey Schofield shared that Harry's team might want him to establish his place among world leaders.

Schofield added that there seemed to be an element of Diana's drive in Harry's choice. This is so because the couple was trying to control the narrative about their lives.

According to Diana's co-author, Andrew Morton, the late public figure was geared towards constantly clearing her name and letting her voice be heard. This is what Schofled felt like Harry was channeling.

Harry Markle should pay attention because Meghan likes publicity and attention…..when the time is right she will divorce him to get the ultimate attention…..poor poor Harry

wrong it will be her story. dont believe mr. markle does anything on his own. he is very manipulated. hes even stated as much. i didnt know until meghan told me i was trapped. pathetic really the mean drama of it all.

For many reasons, OJ Simpson’s name will forever be associated with crime and violence, but before the dark years of his life, the former sports star suffered some personal loss that would go on to change his life. OJ Simpson’s career as an NFL star was covered with glory and...
NFL・3 DAYS AGO
Amomama

True crime mysteries are something that tends to fascinate people in general. However, when a famous starlet is the subject of the true-crime story, it becomes ten times more fascinating, which is why Jean Spangler’s case was so widely spoken about. It has been many years since her disappearance, but...
CELEBRITIES・1 DAY AGO
Amomama

Warren Beatty’s acting career was almost as popular as his love life. However, the actor was notorious for his multiple relationships, one of which was with actress Natalie Wood which had its share of controversies. Warren Beatty had the magic of getting scripts, but alongside that, he also had the...
RELATIONSHIPS・2 DAYS AGO
Amomama

Matthew Labyorteaux has enjoyed his career in the movie industry. While many celebrate his talent, they are unaware of the actor's struggles with health-related issues. Lovers of the TV series "Little House On The Prairie" would never forget Matthew Labyorteaux, who played the role of Albert. After his appearance on the series, Matthew landed other roles in "Deadly Friend" and "Max Payne."
CELEBRITIES・2 DAYS AGO

Despite tensions, the Duke and Duchess of Sussex are said to be desperate to arrange a visit to the UK in the coming months, so that the Queen can finally meet her namesake great-grandchild, Lilibet.
CELEBRITIES・8 DAYS AGO
Insider

The Duke and Duchess of York "have been closer than ever in the past year" and are considering remarrying, a source told Vanity Fair.
RELATIONSHIPS・5 DAYS AGO
Best Life

The One Thing William & Kate's Kids Never Do at School, Insiders Say

Prince William and Catherine, Duchess of Cambridge's oldest children, Prince George and Princess Charlotte, recently returned to Thomas's Battersea Prep School in London after months of remote learning during COVID-related lockdowns. Meanwhile, the couple's youngest child, three-year-old Prince Louis, started at Willcocks Nursery School, a short distance from Kensington Palace, earlier this year. Finally, the Cambridge kids are able to resume a normal routine back at school with their friends and teachers, though "normal" may seem hard to come by when you're a royal.
RELATIONSHIPS・11 DAYS AGO
celebratingthesoaps.com

British royal family news reveals that the boo birds were out and taking aim for Meghan Markle, Hollywood Harry and Oprah Winfrey at last night’s National Television Awards. You remember that infamous, mud flinging excuse for a television special the trio blasted—well, so does everyone else and when given the chance they expressed their disgust.
CELEBRITIES・9 DAYS AGO

Prince Charles rolled with the punches this year. Prince Harry blasted him in his bombshell Oprah Winfrey interview with Meghan Markle and claimed that Charles had cut him off financially after leaving The Firm, as noted by CBS. Harry alleged that had it not been for his inheritance from his mother, he and Meghan Markle would not have been able to move to California.
CELEBRITIES・6 DAYS AGO
Amomama

Princess Beatrice Shares Rare Glimpse Inside Elegant Home, Which Is Nothing like Meghan Markle’s Lavish Mansion

Given a chance, we'd all love to know where the royals spend their private time or lay their heads after long days of serving the nation. We take a peek into Princess Beatrice's home at the royal grounds. Princess Beatrice is the first daughter of Prince Andrew and his ex-wife...
WORLD・28 DAYS AGO
Daily Mirror

The Queen leaves a little surprise for Prince William, Kate Middleton and his kids at Balmoral, a royal expert has claimed. Royal author Katie Nicholl said the Queen leaves personally-chosen gifts on her loved ones' beds when Kate and William visit her with their three children - George, 8, Charlotte, 6, and Louis, 3.
CELEBRITIES・19 DAYS AGO
Daily Mirror

The very different ways Prince Harry and William have deal with their children's appearances in public shows just how varied the life of a young royal can be. George, Louise and Charlotte are often see at public events, and their parents release new photographs of them on special occasions. Compare...
CELEBRITIES・22 DAYS AGO

Prince Harry and Meghan Markle appeared on the cover of the newest edition of TIME magazine's Most Influential People in the World, stirring a wave of reactions from thousands of fans who commented on their pose. The Duke, 37, and Duchess of Sussex, 40, have remained in the spotlight for...
CELEBRITIES・4 DAYS AGO
ohmymag.co.uk

While Prince Harry was an active member of the royal family, the rules and traditions of the institution required him to keep his feelings to himself. But now that he's officially called it quits with the Palace, he's decided to open up Pandora's box by telling the world his side of the story.
CELEBRITIES・11 DAYS AGO
celebratingthesoaps.com

British royal family news reveals that Camilla Parker-Bowles isn’t about to give up her role as queen consort given that her husband Prince Charles is tapped for the throne. Why is Camilla even concerned about inhabiting the big girl chair?. A royal insider spilled to Woman’s Day in 2017, “Camilla...
CELEBRITIES・12 DAYS AGO
celebratingthesoaps.com

British royal family news shows that Time magazine officially jumped the shark by putting Hollywood Harry and Rachel Meghan Markle on its latest edition of birdcage material. That picture, and more like it, was roasted on social media as painfully staged, and their inclusion on Time’s list of the galaxy’s 100 Most Influential People declared preposterous.
CELEBRITIES・3 DAYS AGO
Us Weekly

Mending fences! Prince Harry and Prince William are growing closer despite the miles of distance between them, and according to royal expert Stewart Pearce, so are Meghan Markle and Duchess Kate. “I know that the four are talking with one another and they’re talking by Zoom [and by] FaceTime,” the...
CELEBRITIES・28 DAYS AGO
celebratingthesoaps.com

British royal family news shows that Her Majesty Queen Elizabeth has a lot on her mind these days, given the turmoil engulfing her family. Her son Prince Andrew has reportedly been served with papers in regard to a civil lawsuit filed against him and there is the ongoing alleged rift between her son Charles and his two sons.
CELEBRITIES・7 DAYS AGO
Fatherly

The Newest Royal Baby is Here. What’s With Their Name?

Another royal baby has entered the world. Princess Beatrice, the granddaughter of Queen Elizabeth and the oldest child of Prince Andrew and Sarah, Duchess of York, gave birth to her first child with her husband Edoardo Mapelli Mozzi. A few details have been released about the newest member; however, we still don’t know the little one’s name.
CELEBRITIES・5 HOURS AGO
Hello Magazine

While Duchess Camilla's daughter Laura Lopes, who is stepsister to Prince William and Prince Harry, isn't royalty, she is set to inherit a royal-worthy portfolio of homes one day. Laura's husband Harry Lopes, who is the grandson of Massey Lopes, 2nd Baron Roborough, is in line to one day inherit...
CELEBRITIES・21 DAYS AGO