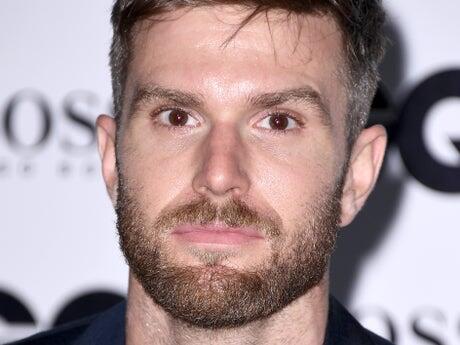 Joel Dommett has revealed his “worst fear” came true after watching on helplessly as his house was burgled.

The comedian and Masked Singer presenter shared the story during a stand-up gig in London on Wednesday (21 July), in which he said the crime occurred after moving in with his wife, Hannah Cooper.

“After we got married, we finally moved to a new house,” The Sun reports him as telling the crowd. “We got burgled fairly shortly after we moved in. It was mad.”

Fortunately, Dommett and Cooper were out at the time, but saw the burglary take place on his CCTV camera via his mobile phone.

“It is everyone’s worst fear and it was horrible,” he continued. “We saw on our CCTV camera this guy in our garden, and luckily me and her weren’t in the house, but we saw it and rang the police and drove home.”

Dommett said the police arrived while the burglar was in the house. “He was getting shoes and handbags and putting them back in boxes,” he said, quipping: “Essentially he was tidying up.”

After “the police came at him with a Taser”, the robber was arrested and sentenced to four years in prison. 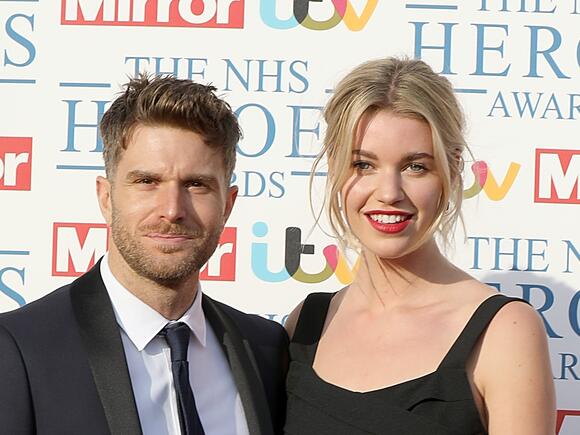 Dommett said: “Clearly the police don’t catch people very often as they were so excited about it. We came through the door traumatised and the police were there saying, ‘Oh, we got him’. Me and Hannah were crying.”

The comedian has enjoyed a career as TV presenter since finishing second on I’m a Celebrity in 2016. He was beaten by Gogglebox star Scarlett Moffatt.

Actor Robert Cormier, best known for roles in Heartland and Netflix’s Slasher, has died aged 33. The Canadian performer died on Friday (23 September), according to his obituary. His sister later told The Hollywood Reporter that Cormier died in hospital in Etobicoke, Ontario, of injuries obtained following a fall.
CELEBRITIES・1 DAY AGO
The Independent

A “happy-go-lucky” teenager who effectively died for nearly an hour after being repeatedly stabbed in the street beamed in court as his two attackers were found guilty.James Bascoe-Smith, then aged 16, was left with profound and life-changing injuries when he was knocked off a bicycle and knifed by masked men in Brixton, south London, last February 23.The youngster, who had been testing a bicycle for his mother, shouted “call my mum, call my mum” before collapsing, the Old Bailey was told.His heart stopped and he effectively died in the street near his home, only to be brought back to life...
PUBLIC SAFETY・15 HOURS AGO
The Independent

Hayden Panettiere has opened up about the “horrifying” moment when her only daughter asked other women if she could call them “Mommy”.The Nashville actress spoke about the moment to Jada Pinkett Smith, Adrienne Banfield Norris, and guest host Kelly Osbourne during the latest episode of the Facebook Watch series Red Table Talk.Panettiere, 33, discussed an alleged phone call she had with ex Wladimir Klitschko, 46, about their seven-year-old daughter Kaya. “I also remember her dad calling me and he said, ‘Kaya is going around and asking other women if she can call them Mommy,’” she explained. “And my breath...
CELEBRITIES・1 DAY AGO
The Independent

Netflix has finally released its controversial Marilyn Monroe drama Blonde – but some viewers have complained that the film is “unwatchable”.Many viewers specified on social media that they had been unable to make it more than 20 minutes into Blonde before abandoning it.The 18-rated movie, based on the novel of the same name by Joyce Carol Oates, stars Ana de Armas as Monroe. It has divided critics, with particular scrutiny being levelled at the film’s harrowing depiction of trauma and sexual assault. In a one-star review for The Independent, Jessie Thompson wrote: “Blonde is not a bad film because...
TV & VIDEOS・18 HOURS AGO

The mother of Archie Battersbee said she has received a barrage of online abuse including death threats, and that a noose was left on her son’s grave.Hollie Dance said there had been “very severe trolling” since May, weeks before 12-year-old Archie’s life support was withdrawn on August 6.Life support was withdrawn after his parents failed in bids to overturn a High Court ruling that doctors could lawfully do so.Speaking to the PA news agency, Ms Dance said the trolling was “absolutely awful”.“It’s been like it from mid-May,” she said.“The police have been investigating since mid-May so we’re hoping a case...
PUBLIC SAFETY・1 DAY AGO
The Independent

Hayden Panettiere has opened up about relinquishing custody of her daughter Kaya, with the actor revealing it was the “most heartbreaking thing” she’s ever had to do.The Heroes star, 33, who shares daughter Kaya, seven, with ex Wladimir Klitschko, spoke candidly about the experience of giving up custody of her only child in a new episode of Facebook Watch’s Red Table Talk.In a clip from the conversation, which was shared on Facebook ahead of Wednesday’s episode, host Adrienne Banfield Norris asked Panettiere about the agreement she came to that “it was best that her daughter be with her dad”.“At...
CELEBRITIES・2 DAYS AGO
The Independent

Italian actor Michele Morrone has addressed speculation that he and Khloe Kardashian are dating. The 365 Days star was spotted spending time with the reality star at Dolce & Gabbana’s SS23 Milan Fashion Week Show over the weekend. Morrone, 31, sat next to Kardashian, 38, in the front row...
CELEBRITIES・2 DAYS AGO
The Independent

Harry Redknapp has described a freak accident during which he accidentally ran over his wife Sandra’s foot as one of the “worst days” of his life.The incident, which took place in 2016 during a shopping trip, left Sandra’s foot “sliced like a piece of bacon” and resulted in her needing an operation.The former football player and manager opened up about the experience in the couple’s new autobiography, When Harry Met Sandra.In an extract seen by The Mirror, Redknapp said the accident took place shortly after he parked their car and asked his wife to be careful of the traffic.Moments later,...
PUBLIC SAFETY・17 HOURS AGO

A long-lost episode of Tony Hancock’s 1950s radio show, Hancock’s Half Hour, has been found and restored and will be broadcast on BBC Radio 4 next month.The penultimate episode from the show’s first radio series features the actor and comedian Peter Sellers – who was standing in for Hancock’s regular collaborator Kenneth Williams.The episode, named “The Marriage Bureau” aired just once, on 8 February 1955, attracting an audience of 6.22 million listeners, according to the British Comedy Guide.The news was announced by the Tony Hancock Appreciation Society on Twitter, who wrote: “We’re absolutely thrilled that a lost episode of...
TV & VIDEOS・4 HOURS AGO