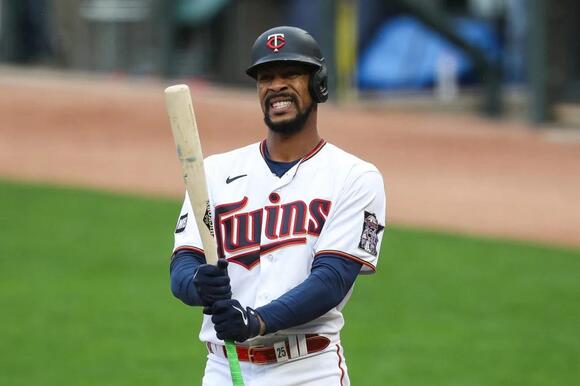 At 40-55, the Minnesota Twins are poised to be sellers at the MLB trade deadline . Outfielder Byron Buxton is a player that could be on the move. The Twins have reportedly opened extension talks with the outfielder to little avail and could subsequently move him (Buxton is a free agent after the 2022 MLB season).

Buxton is a tantalizing outfielder with the potential to be a perennial All-Star. He’s a superb center fielder, fast and has a smooth swing. In the 27 games he has appeared in this season, Buxton owns a .369 batting average and a 1.176 OPS with 10 home runs to his name . The problem? Buxton’s career has been riddled by injuries, with him appearing in over 100 games just once over his MLB career.

Any team acquiring the outfielder, who hasn’t appeared in a big-league game since June 21, is taking a calculated risk that Buxton will be healthy. If he stays on the field, Buxton can wreak havoc. Here are three teams that make sense for a Byron Buxton trade.

It has been a bumpy and unfortunate season for the Braves , with individuals like Ronald Acuna Jr. and Mike Soroka suffering season-ending injuries and setbacks. Incredibly, Atlanta is just 4.5 games out of first place in the NL East. A trade for Byron Buxton helps them defend their division title.

When healthy, Buxton can be the Braves’ starting center fielder. He provides manager Brian Snitker with a vacuum and a respectable arm to command the outfield. All the while, he gives their offense a contact hitter with power. Joc Pederson was recently acquired from the Chicago Cubs.

But with Acuna (torn ACL), Marcell Ozuna (finger injury/domestic violence investigation) and Ender Inciarte (hamstring strain) all off the field, the Braves could use another outfielder for the rest of the 2021 season. 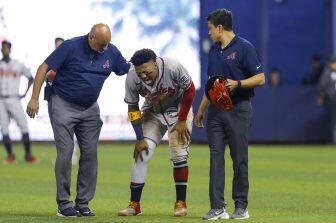 Moving forward, the Braves would have a bevy of defensive alignments they can go with. At full force, Acuna can play all three outfield positions, allowing Buxton to play center. The latter improves them from all aspects of the game.

What stops Atlanta from trading for the No. 2 selection in the 2012 MLB Draft? Franchise first baseman Freddie Freeman is a free agent after this season, and the organization may opt to stick to short-term deals and not give out extensions until that matter is settled.

2. Seattle Mariners build for the future by acquiring Byron Buxton

The Mariners are three games out of an AL Wild Card spot. They should be prudent buyers at the trade deadline. Byron Buxton is a compelling option for the rebuilding-now-playoff contending Mariners.

Manager Scott Servais’ outfield rotation has been a mess. Mitch Haniger is hitting for power and Jake Fraley has been efficient when healthy. All in all, though, this has been a shaky bunch. Shed Long Jr. is having a rough season. Taylor Trammell has struggled to get on base. Jarred Kelenic has been unable to stick in the big leagues. Knee issues have wrecked Kyle Lewis’ 2021 campaign. 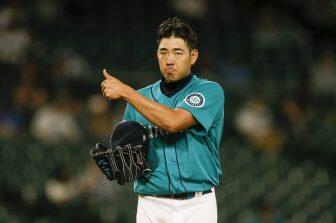 Seattle sports one of the worst offenses in MLB , as they’re 22nd in runs (394) and no better than 28th in hits (676), batting average (.220) and OPS (.676). Buxton helps them in that regard. He gives their order new life and someone to set the table for veteran power sluggers like Haniger and Kyle Seager. This season, Byron Buxton can play center with Kyle Lewis potentially moving to one of the corner outfield positions next season.

Investing in a well-rounded young player is optimal for a team in the Mariners’ position , that being having a low payroll and an up-and-coming ball club. Why wouldn’t they trade for Buxton? Individuals like Trammell and Kelenic are former top prospects and the Mariners may feel that they’ll eventually turn a corner .

The Cardinals have wheeled and dealt for impact players like nobody’s business over the last three years. With the team trying to turn the 2021 season around (they’re 47-48), they might as well take a chance on a player like Byron Buxton .

Despite the likes of Nolan Arenado, Paul Goldschmidt, Yadier Molina, Matt Carpenter, Tommy Edman and Paul DeJong present, the Cardinals’ offense has left much to be desired from an offensive standpoint; they’re in the bottom-third of MLB in runs (379), hits (720), home runs (103), walks (275), batting average (.231) and OPS (.683). 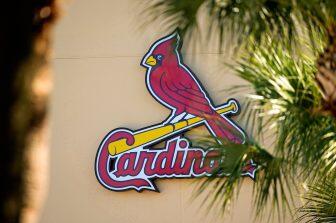 The outfield corps has been better of late but inconsistent on the whole outside of Tyler O’Neill. Byron Buxton becomes the immediate center fielder and perhaps leadoff hitter, too.

The Cardinals need to manufacture offense and that comes from getting people on base, creating opportunities for the big swingers to do damage. They can’t do a great deal of damage when no one is on base.

Buxton doesn’t guarantee the Cardinals right the ship on a monotonous season, nor does he present a surefire solution to their tedious 2021 outfield. That said, he gives them new blood, a player that adds much-needed offensive variety to a power-happy unit and improves them defensively.

The talent is present for the Cardinals to be a playoff team . Execution is lacking, though, meaning they have to add a spark to make a legitimate postseason push.

ST. PETERSBURG, Fla. -- Twins manager Rocco Baldelli left Sunday's 6-5 win over the Tampa Bay Rays after the top of the 8th inning to return to Minnesota for the birth of his child. "All in all, good day,'' said coach Bill Evers, who took over for Baldelli. "Roc can...
MLB・11 DAYS AGO
Bleacher Report

It's time to announce Bleacher Report's 2021 MLB All-Breakout Team. There are still a few weeks remaining in the regular season, but the year's biggest breakouts are already well established at this point. The All-Breakout Team will consist of one player at each position, five starting pitchers and one relief pitcher.
MLB・2 DAYS AGO
Sportsnaut

Josh Donaldson shows off his mobility on a hard hit ground by Frank Schwindel and throws to first for the first out in the top of the 9th.
15 DAYS AGO

Chicago Cubs outfielder Ian Happ didn’t take too kindly when Minnesota Twins fans were apparently launching Skittles at him during Wednesday’s game at Target Field. Happ and the Cubs did get the last laugh as they swept the Twins in the short, two-game series. Via 670 The Score out of...
MLB・14 DAYS AGO
CBS Sports

Buxton went 2-for-5 with a solo home run and an additional run scored in Monday's 5-2 win over Cleveland. The outfielder has been quiet since returning from a broken finger, but he's now posted consecutive multi-hit efforts. Buxton's fifth-inning homer was also his first long ball since he was activated from the injured list. He's slashing a strong .308/.349/.629 with 11 homers, 20 RBI, 26 runs scored and five stolen bases through 152 plate appearances, but the question with Buxton has often been one of health, not talent. Injuries have limited him to just 37 games this season.
MLB・10 DAYS AGO
Detroit Free Press

The Minnesota Twins (58-76) and Tampa Bay Rays (85-50) meet Saturday at Tropicana Field in St. Petersburg, Fla. First pitch is scheduled for 4:05 p.m ET. Let's analyze the lines around the Twins vs. Raysodds with MLB picks and predictions. LHP Andrew Albers is the projected starting pitcher for the...
MLB・12 DAYS AGO

Even though Nelson Cruz is no longer with the Minnesota Twins, it is hard to deny the love he and the franchise have for one another. Cruz was considered a key part of the lineup and locker room, a leader whose presence helped make the team that much more like family. He was also a key part in helping the younger players learn the ropes, what it took to be a major leaguer.
MLB・11 DAYS AGO
chatsports.com

Minnesota Twins: 5 Things to Look Forward to in September

Byron Buxton of the Minnesota Twins celebrates hitting an RBI double against the Kansas City Royals Minnesota. (Photo by Hannah Foslien/Getty Images) During the dog days of summer, when your team is out of the pennant race, it is easy for a baseball fan to become discouraged and start looking ahead for next year. If you’re a Minnesota Twins fan, of almost any age, you’re used to this by now.
MLB・10 DAYS AGO
Sportsnaut

The Minnesota Twins reinstated right-hander Michael Pineda from the 10-day injured list on Monday. Pineda, 32, is 4-8 with a
MLB・10 DAYS AGO
Cleveland.com

BOSTON -- This is a preview of the series between the Twins at Indians. Where: Progressive Field, Monday through Thursday. TV/radio: Bally Sports Great Lakes, WTAM, WMMS and the Indians radio network will carry the series. Pitching matchups and starting times: RHP Bailey Ober (2-2, 3.98) vs. LHP Logan Allen...
MLB・10 DAYS AGO

CLEVELAND, Ohio — Logan Allen and the Cleveland Indians take on Luis Arraez and the Minnesota Twins on Monday in the opener of a four-game series at Progressive Field. Get live updates during the game below, including Cleveland.com beat writers Joe Noga and Paul Hoynes. Click here if you have trouble seeing the updates.
MLB・10 DAYS AGO
Sportsnaut

The Minnesota Twins‘ bullpen has been a lot better of late, and right in the middle of that resurgence is closer Alex Colome. Though he hasn’t pitched in either of the last two games against the Cleveland Indians, it still has been nice to see him coming through late in the year after what was a rough start.
MLB・6 DAYS AGO
Pioneer Press

Righthander Michael Pineda, sidelined since Aug. 13 with a left oblique strain, is expected to return next week, manager Rocco Baldelli said. Pineda is expected to pitch against the Cleveland Indians on Monday, but not in a traditional starting role. He and Bailey Ober will split the game, each taking a bulk of innings.
MLB・13 DAYS AGO

Minnesota Twins outfielder Byron Buxton is not in the starting lineup for Thursday's series finale against right-hander Cal Quantrill and the Cleveland Indians. The Twins appear to be giving Buxton a routine day off. Nick Gordon is covering center field for Buxton. Andrelton Simmons is returning to the lineup to play shortstop and hit ninth.
MLB・7 DAYS AGO
Minneapolis Star Tribune

Cleveland hit a home run in a franchise record 20th consecutive game on, but the Twins hit two record-less ones that helped them win 5-2 on a pleasant Monday night at Progressive Field. Cleveland designated hitter Franmil Reyes hit a two-run, no-out homer in the fourth inning, but the Twins...
SPORTS・10 DAYS AGO
CBS Sports

Hope everybody enjoyed their Labor Day! This is Dan Schneier here as Frank Stampfl, Scott White and Chris Towers earned themselves a day to relax and recharge. It was a very quiet night in baseball on Monday, but we'll get to some of the biggest news, notes and developments as we try to prepare for the final stretch run. I know some of you have started your first playoff series, others are on a bye and the Roto leagues are here to grind out those final few weeks -- we're here to help.
MLB・9 DAYS AGO
Sportsnaut

Mitch Haniger clubbed a tiebreaking, three-run home run in the seventh inning to lift the Seattle Mariners over the visiting
MLB・2 DAYS AGO