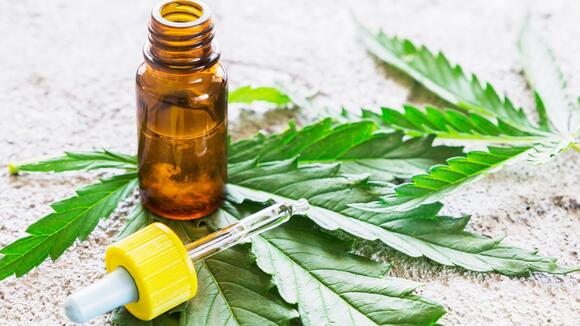 ATLANTA — The state of Georgia will award six companies special licenses on Saturday that will allow them to produce and distribute low-THC cannabis oil to nearly 14,000 legally registered patients across the state.

The Georgia Access to Medical Cannabis Commission went through more than 70 applications by businesses wanting the right to manufacture the medical cannabis oil.

The contracts come after years of lobbying by parents and families of children and others who need the low-THC oil to help control and ease debilitating and incurable conditions.

Jimmy Wages’ daughter Sydney needs the oil to help control seizures. He’s been lobbying lawmakers at the State Capitol for seven years to get the oil legalized and to this point Saturday.

“It’s been a long road fighting at the Capitol,” Wages said from his Paulding County home. “I see really how politics somehow works. We have had some great representatives and senators down there that had seen our fight and said, let’s help these people. Let’s help these people help their children.”

Even though lawmakers legalized medical cannabis oil, it was illegal to produce it in Georgia or to bring it across state lines.

Parents like Wages had to risk jail time getting the oil into Georgia. These license contracts will change that.

“I want to be able to walk into a store, place my money down, take my daughter’s medicine out the door and come home,” Wages said. “That’s the thing we’ve been working on for the last seven years.”

The commission will announce the contract recipients at a meeting in Rock Springs on Saturday.

They estimate it could take six to eight months for the companies to get their operations up and running and make the low-THC oil available to the patients on the registry list.

if GA would just legalize it, the state would be out of debt and have so much more money for roads, education, community projects, and so much more! The war on drugs has been raging since 1985...their loosing

The Latest: Child among latest COVID-19 deaths in Louisiana

BATON ROUGE, La. -- A child is among the latest to die from COVID-19 in Louisiana, state health officials said Friday. Heath department figures showed the state death toll from the illness grew by 52. One of the victims was a child between the ages of 5 and 11. It...
20 HOURS AGO
WSB Radio

EXPLAINER: What are 'Crisis Standards of Care?'

BOISE, Idaho — (AP) — As the spread of the delta variant continues unabated in much of the U.S., public health leaders have approved health care rationing in Idaho and parts of Alaska and Montana. At least five more states — Georgia, Kentucky, Mississippi, Arkansas and Texas — are nearing...
PUBLIC HEALTH・19 HOURS AGO
WSB Radio

UNITED NATIONS — The U.N. General Assembly is relying on a vaccine honor system for world leaders before they speak at next week’s meeting. Presidents, premiers, monarchs and other dignitaries won’t have to show vaccination cards or other proof of inoculation. Assembly President Abdulla Shahid says they’ll simply attest to being vaccinated by swiping their ID badges.
PUBLIC HEALTH・5 HOURS AGO
WSB Radio

Use of OxyContin profits to fight opioids formally approved

A judge formally approved a plan Friday to turn OxyContin maker Purdue Pharma into a new company no longer owned by members of the Sackler family and with its profits going to fight the opioid epidemic. U.S. Bankruptcy Judge Robert Drain officially confirmed the reorganization Friday, more than two weeks...
MEDICAL & BIOTECH・15 HOURS AGO

When voters in some states created new commissions to handle the politically thorny process of redistricting, the hope was that the bipartisan panelists could work together to draw new voting districts free of partisan gerrymandering. Instead, cooperation has proved elusive. In New York, Ohio and Virginia, commissions meeting for the...
U.S. POLITICS・2 HOURS AGO
WSB Radio

COVID-19 vaccine refusal rates may be high among white evangelical Christians, but the International Mission Board — which deploys thousands of missionaries — is not hesitant about the shot. The global agency of the Southern Baptist Convention, the largest evangelical Protestant denomination in the U.S., announced this month it is...
TRAVEL・23 HOURS AGO
WSB Radio

COLUMBUS, Ohio — (AP) — A federal judge has lifted race- and sex-based hiring quotas imposed on the Cincinnati Police Department 40 years ago to fix its lack of diversity, agreeing with the U.S. Justice Department's argument that the changes are no longer constitutional. At issue before U.S. District Judge...
23 HOURS AGO

Police look for Laundrie in reserve; Petito still not found

NORTH PORT, Fla. — (AP) — Police in Florida on Saturday searched a vast wildlife reserve near the Gulf Coast for 23-year-old Brian Laundrie, a person of interest in the disappearance of his girlfriend, Gabrielle “Gabby” Petito. Dozens of North Port police officers, FBI agents and members of other law...
NORTH PORT, FL・12 HOURS AGO
WSB Radio

ATLANTA — Atlanta Fire and Rescue posted a picture on social media of a veteran firefighter showing a future firefighter exactly how the job is done. In the picture posted on their Twitter page, firefighter Jimmie Brown is seen showing little Josiah Green how to do the job he hopes to one day have.
ATLANTA, GA・16 HOURS AGO
WSB Radio

CLARKSTON, Ga. — Channel 2 has learned that nearly 1,100 Afghan refugees will be coming to Georgia following the Taliban takeover of the country. Senior White House officials confirmed that number this morning. Refugees will be relocated to 46 states across the U.S. Channel 2′s Richard Elliot was in downtown...
GEORGIA STATE・20 HOURS AGO
WSB Radio

TOPEKA, Kan. — (AP) — Kids across the U.S. are posting TikTok videos of themselves vandalizing school bathrooms and stealing soap dispensers and even turf from football fields, bedeviling school administrators seeking to contain the viral internet trend. The “devious licks” challenge that swept social media this week is plaguing...
LAWRENCE, KS・19 HOURS AGO

WASHINGTON — (AP) — Just one month ago, President Joe Biden and his health advisers announced big plans to soon deliver a booster shot of the coronavirus vaccine to all Americans. But after campaigning for the White House on a pledge to "follow the science," Biden found himself uncharacteristically ahead of it with that lofty pronouncement.
U.S. POLITICS・5 HOURS AGO
WSB Radio

Official: US to expel Haitians from border, fly to Haiti

DEL RIO, Texas — (AP) — The Biden administration plans the widescale expulsion of Haitian migrants from a small Texas border city by putting them on flights to Haiti starting Sunday, an official said Friday, representing a swift and dramatic response to thousands who suddenly crossed the border from Mexico and gathered under and around a bridge.
DEL RIO, TX・16 HOURS AGO