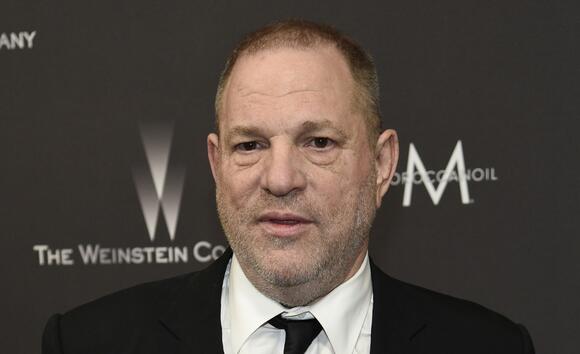 Harvey Weinstein has been extradited to Los Angeles, where he faces 11 new charges pertaining to sexual assault.

Weinstein, who was being held in a New York prison, is charged with four counts of rape, four counts of forcible oral copulation, two counts of sexual battery by restraint, and one count of sexual penetration by use of force, charges that stem from five female accusers in Los Angeles, according to multiple outlets.

"This morning at approximately 9:25 custody of Mr. Harvey Weinstein was handed over to the appropriate officials for transport to the state of California per a court order," the New York State Department of Corrections and Community Supervision, which currently lists Weinstein's custody status as "out to court," said in a widely reported statement on Tuesday.

GERALDO RIVERA APPLAUDS BILL COSBY’S RELEASE AFTER BEING 'UNJUSTLY CONVICTED,' SUGGESTS WEINSTEIN COULD BE NEXT

"In the matter of the Request for Temporary Custody of Harvey Weinstein, ... the above-named inmate shall be remanded to custody for the purposes of expediting his return to the demanding state," the order, signed by Case, said.

Case's ruling rejected defense arguments that the paperwork for extradition in Los Angeles was erroneous and that Weinstein should remain in New York to continue receiving medical treatment.

Weinstein, a former film producer whose conviction was celebrated by the #MeToo movement, was sentenced to 23 years in New York state prison in March 2020 after a Manhattan jury found him guilty of rape and sexual assault.

Weinstein has denied all accusations of wrongdoing and is appealing his conviction in New York, a pathway some legal experts say may be eased by Bill Cosby's release from prison earlier this month.

"In reversing the conviction of Bill Cosby, the Pennsylvania Supreme Court has demonstrated, once again, that no matter who a defendant may be and no matter the nature of the alleged crime, courts can be relied upon to follow the law and come to the correct decision," Juda Engelmayer, a spokesman for Weinstein, said in a July 2 statement. "This decision also reaffirms our confidence that the Appellate Division in New York will reach the similarly correct decision in Harvey Weinstein's appeal, considering the abundance of issues that cry out for a reversal."

If convicted of the 11 California charges, the 69-year-old could face a sentence of up to 140 years behind bars.

A federal appeals court overturned a lower court's order that required the city and county of Los Angeles to find housing for 4,600 Skid Row residents by October.
LOS ANGELES, CA・6 HOURS AGO
WashingtonExaminer

An arrest warrant has been issued for Brian Laundrie following the death of his girlfriend Gabby Petito, whose body was found at a Wyoming campsite over the weekend. "On September 22, 2021, the U.S. District Court of Wyoming issued a federal arrest warrant for Brian Christopher Laundrie pursuant to a Federal Grand Jury indictment related to Mr. Laundrie’s activities following the death of Gabrielle Petito," the FBI said in a statement on Thursday.
PUBLIC SAFETY・7 HOURS AGO
WashingtonExaminer

A Jan. 6 rioter from Oklahoma who admitted to stealing a beer from House Speaker Nancy's office pleaded guilty to a misdemeanor offense.
ADVOCACY・6 HOURS AGO
WashingtonExaminer

A New Zealand father announced Thursday via a public letter to his pastor that he had forgiven his wife for allegedly killing their daughters, saying she was also a victim in the tragedy.
PUBLIC SAFETY・15 HOURS AGO

President Joe Biden may claim that he doesn't support the "defund the police" movement, but does his favorite ice cream?
FOOD & DRINKS・3 HOURS AGO
WashingtonExaminer

A man from Indiana pleaded guilty on Wednesday to abusive sexual contact with a woman who was sleeping on a flight from Indianapolis to Denver in 2017, federal authorities announced Wednesday.
INDIANA STATE・14 HOURS AGO
WashingtonExaminer

The Palestinian nationalist may finally step foot in the world his violence helped make.
U.S. POLITICS・3 HOURS AGO
WashingtonExaminer

A Miami transgender woman is charged with strong-arm robbery and grand theft after allegations came forward that she drugged and looted multiple men throughout southern Florida.
FLORIDA STATE・9 HOURS AGO

New York Health Commissioner Howard Zucker, who oversaw the state’s response to the coronavirus pandemic and faced criticism for sending COVID-19-positive patients back into nursing homes, has resigned from his position.
NEW YORK CITY, NY・8 HOURS AGO
WashingtonExaminer

The American Civil Liberties Union erased gender-specific words of a quote by Ruth Bader Ginsburg on Saturday in a tribute to the former Supreme Court justice on the anniversary of her death.
CONGRESS & COURTS・14 HOURS AGO
WashingtonExaminer

Guns are for women, too

You can read about how toxic masculinity fuels our American gun culture in many left-wing objections to gun ownership. But over the past two years, it seems women have broken through the glass ceiling of gun ownership.
SOCIETY・3 HOURS AGO
WashingtonExaminer

DEL RIO, Texas — The Biden administration has set a deadline of Friday night to clear out the Haitian migrant camp that has caused major headaches for the White House, sources told the Washington Examiner.
DEL RIO, TX・9 HOURS AGO

A racial justice group is calling for a nationwide boycott of Facebook, claiming the social media giant profits from "hate."
ADVOCACY・5 HOURS AGO
WashingtonExaminer

Abortion providers and advocates returned to the Supreme Court on Thursday to ask justices to consider taking up the case against a restrictive Texas abortion law sooner rather than later.
TEXAS STATE・8 HOURS AGO
WashingtonExaminer

A woman with Down syndrome lost her case to overturn a U.K. abortion law allowing women to abort after 24 weeks because of disabilities, saying it makes her feel like she "shouldn't be here."
WOMEN'S HEALTH・9 HOURS AGO
WashingtonExaminer

A watchdog group that successfully sued the Republican-led Arizona Senate for disclosure of election audit records is accusing Senate President Karen Fann of failing to comply in contempt of court.
U.S. POLITICS・3 HOURS AGO

Apparently, it's not that hard to find an exemption from Los Angeles County's coronavirus restrictions. All you have to do is become a high-profile actor, director, musician, or celebrity.
PUBLIC HEALTH・3 HOURS AGO
WashingtonExaminer

President Joe Biden is not sending migrants who crossed the southern border near Del Rio, Texas, to the Guantanamo Bay detention camp, according to the White House.
DEL RIO, TX・12 HOURS AGO
WashingtonExaminer

A Mexican television host who once vied to marry Tampa Bay Buccaneers star Tom Brady is accused of financial embezzlement and on the run from authorities in her home country.
NFL・13 HOURS AGO