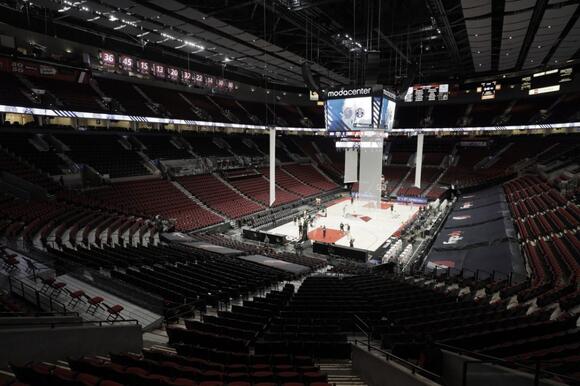 Her name is known in the Portland area. Curry played college basketball at Cal State Northridge, then transferred to Oregon, where she helped to lead the Ducks to a WNIT championship in 2002.

That year, the Charlotte Sting made her the No. 41 overall pick in the WNBA draft. In the league, she played for the Phoenix Mercury and Los Angeles Sparks, and she also spent several seasons overseas. 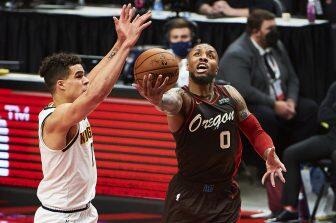 In 2015, she became an assistant coach for the women’s team at Maine, then in 2018 joined the coaching staff of the men’s program. At the time of her hiring, Curry was the only woman working as a full-time assistant coach in NCAA Division I men’s basketball.

She also participated in the NBA Assistant Coaches’ Program, where she got experience working at the NBA Draft Combine and the NBA G League Showcase. 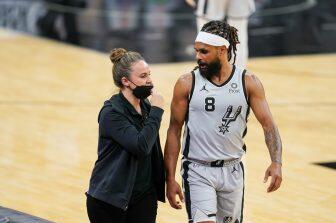 Also Read:
Becky Hammon has every right to sound off over Portland Trail Blazers situation

The Washington Wizards snagged guard Johnny Davis with the 10th pick in the 2022 NBA Draft, hoping he could provide
WASHINGTON, DC・2 DAYS AGO
Sportsnaut

France’s Victor Wembanyama shared his thoughts on Scoot Henderson ahead of their anticipated meeting on Tuesday.
NBA・1 HOUR AGO
Sportsnaut

Minnesota Timberwolves center Karl-Anthony Towns was so ill last week with a throat infection that he was hospitalized on bed
MINNEAPOLIS, MN・2 HOURS AGO

Cleveland Cavaliers power forward Evan Mobley has a sprained right ankle and will miss approximately one to two weeks. The
CLEVELAND, OH・3 HOURS AGO
Sportsnaut

Texas Longhorns football recruit Arch Manning is one of the top high school players in the nation and he proved
AUSTIN, TX・2 DAYS AGO
Sportsnaut

When you have two NBA teams that are headed in two completely different directions, as the Indiana Pacers and Los
INDIANAPOLIS, IN・2 DAYS AGO

The New York Knicks traded for Cam Reddish in January amid controversy. He did not immediately have a spot in
NEW YORK CITY, NY・2 DAYS AGO
Sportsnaut

It’s not uncommon to see tempers flare on game day in any sport. For head coach Lane Kiffin and the
OXFORD, MS・2 DAYS AGO
Sportsnaut

Rams LB Bobby Wagner flattens protestor who gets on field

SANTA CLARA, Calif. — (AP) — Bobby Wagner delivered one of the biggest hits on a person who got onto the field. The Rams linebacker flattened the protestor who ran on the field with a device emitting pink smoke late in the second quarter of Los Angeles' game against the San Francisco 49ers on Monday night.
NFL・1 HOUR AGO

As the 2021-22 NBA season was winding down, a Russell Westbrook trade away from the Los Angeles Lakers almost seemed
LOS ANGELES, CA・11 HOURS AGO
Sportsnaut

Memphis must play better against Houston to continue win streak

Memphis will look to build on a four-game winning streak when it hosts stumbling Houston on Friday in an American
HOUSTON, TX・2 HOURS AGO

A minor league player who thought his season was over will get his first major league start for the Detroit
DETROIT, MI・2 DAYS AGO
Sportsnaut

The Washington Commanders’ defense is one of the worst in the NFL without edge rusher Chase Young. Fortunately for the
WASHINGTON, DC・13 HOURS AGO
Sportsnaut