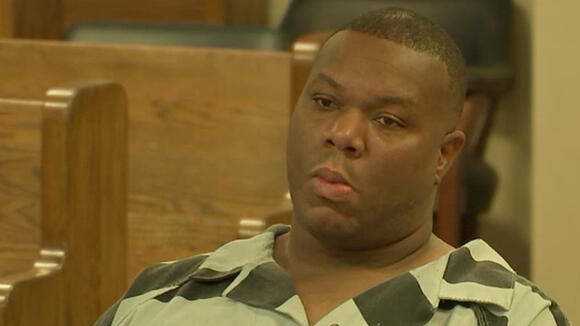 Officials from Texas EquuSearch are still looking for the girlfriend of an ex-NFL player who was reported missing just weeks after her 29th birthday this past April. Taylor Pomaski was said to have been last seen in Spring on April 25. Authorities with the Harris County Sheriff's Office said Pomaski disappeared "under suspicious circumstances." WATCH: Texas EquuSearch founder Tim Miller's remarks on Saturday's search for Taylor Pomanski

Texas EquuSearch founder Tim Miller explains the search process for Taylor Pomanski, who was last seen in April. The 29-year-old's ex-boyfriend is a person of interest in connection with her disappearance. 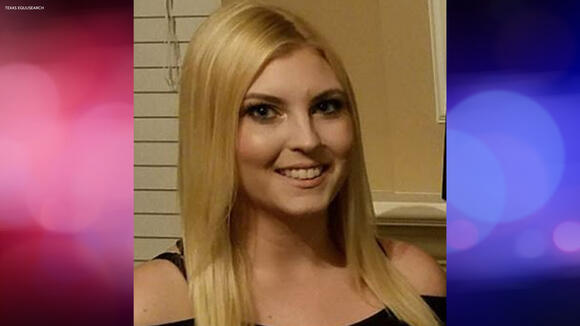 Her boyfriend, Kevin Ware Jr., was arrested in northwest Houston after Pomaski went missing. He was placed in custody in the Montgomery County Jail. Ware, a convicted felon, was given no bond during a hearing on an unrelated case. The judge said it was "for the safety of the community." The ruling stems from an April arrest when deputies say he was driving 115 mph. Investigators said deputies found an ounce of cocaine, marijuana and methamphetamines along with a loaded AK-47 and a loaded 9mm pistol. READ MORE: Ex-NFL player whose girlfriend is missing has been arrested

Kevin Ware Jr.'s girlfriend was last seen at a party in northwest Harris County in April. Today, he was arrested at a parking lot in northwest Houston.

He was out on bond for that arrest when investigators said Pomaski, disappeared.

Investigators said she was last seen at her boyfriend's home in the Spring area in late April, and her father says he's gravely concerned.

Investigators in Harris County still believe Ware is a person of interest in Pomaski's disappearance. Pomaski was described as a white woman with blue eyes and blonde hair below her shoulders. She stands around 5'2" tall and weighs between 90 to 105 pounds. Pomaski also has an "Infinity Serenity" tattoo on the front of her hip. She also reportedly has a mole above her left eyebrow and a mole on the left side of her nose. If you know anything about the disappearance of Pomaski, you're being asked to contact the Harris County Sheriff's Office at (713) 274.9100 or call Texas EquuSearch at (281) 309-9500. Video above from previous post.

Missing boy run over by mom’s boyfriend when they went looking for him, Alabama cops say

A 2-year-old Alabama boy who wandered from his home and into the path of his family’s truck was laid to rest Wednesday, according to an online obituary. Ivan Alexander Aguilar Jr. was accidentally run over and killed outside his parents’ Marshall County home Sept. 11, AL. com reported, citing the Marshall County Sheriff’s Office. The toddler’s mother found him dead under the family’s pick-up truck.
RELATIONSHIPS・9 DAYS AGO
ABC13 Houston

Man wanted in murder of ex-girlfriend after she's found shot at apartments in N. Harris County

HOUSTON, Texas (KTRK) -- Authorities have identified the suspect they are looking for in a domestic violence shooting that left a woman dead in north Harris County on Thursday. At about 11:45 a.m., sheriff's deputies responded to a shooting call at 910 Cypress Station Drive. When they arrived, they found...
HARRIS COUNTY, TX・1 DAY AGO
San Angelo LIVE!

MIAMI (WSVN) - Police said an elderly man who went missing in Miami has been found safe. According to City of Miami Police, 84-year-old Orlando Santiago had been last seen on Monday along the 700 block of Northwest 18 Terrace. He was found “in good health” later that night. Copyright...
MIAMI, FL・11 DAYS AGO
KXAN

LAKE TRAVIS, Texas (KXAN) — The Travis County Sheriff’s Office on Thursday recovered the body of a man who went missing in Lake Travis on August 7. The man’s body was found using sonar at a depth of 110 feet in the area he went missing — between Starnes Island and North Shore, TCSO said.
TRAVIS COUNTY, TX・7 DAYS AGO
KHOU

Ashley Guillory has been missing since Sept. 4. She is a wife and mother of three.
HOUSTON, TX・8 DAYS AGO
fox10phoenix.com

BUCKEYE, Ariz. - Much has been made in recent weeks about the disappearance (and ultimate death) of Gabby Petito and her fiance. In the Valley, however, there is a desperate, ongoing search for for a man who vanished while out on a job site. FOX 10 first reported on Daniel...
BUCKEYE, AZ・2 DAYS AGO

It's been more than a week since the disappearance of 6-year-old Isabella Kalua in Waimanalo, Hawaii. The search for Isabella continues, as Honolulu police and volunteers spread across the city to find the missing child. Isabella was last seen asleep in her room at her Puha Street address on Sunday,...
HONOLULU, HI・4 DAYS AGO
cbslocal.com

The Alamosa Volunteer Search and Rescue team and the Alamosa County Sheriff's Office are searching for a missing hiker. Vaughn Fetzer went missing in the area of Blanca Peak.
PUBLIC SAFETY・2 DAYS AGO
okcfox.com

CHARLESTON, S.C. (WCIV) — The search for a former College of Charleston student presses on. Daniel Robinson disappeared in Arizona back in June. His case has received renewed interest following the search for Gabby Petito. The Columbia, South Carolina native was last seen on June 23 leaving a job site...
CHARLESTON, SC・2 DAYS AGO
WXIA 11 Alive

ATLANTA — A man was shot in the arm in Atlanta early Saturday after an alleged fight over a Paycheck Protection Program loan eventually led to gunfire outside of Pal's Lounge on Auburn Avenue. Police are still working out exactly what happened, but described the origins of the argument happening...
ATLANTA, GA・7 DAYS AGO

MIAMI (WSVN) - Police seek the public’s help in their search for an elderly man who went missing in Miami. According to City of Miami Police, 84-year-old Orlando Santiago was last seen on Monday along the 700 block of Northwest 18 Terrace. He stands 5 feet, 7 inches tall, weighs...
MIAMI, FL・11 DAYS AGO
ABC13 Houston

KINGWOOD, Texas (KTRK) -- A 17-year-old who investigators believe is a 14-year-old murder victim's friend is in custody, accused of gunning him down in a Kingwood subdivision. Late Wednesday morning, the Montgomery County Sheriff's Office said deputies arrested Bryan Smith Jr. on a capital murder charge in connection with the deadly shooting of a teen boy on a walking trail in the Kings Mill neighborhood Monday night.
PORTER, TX・2 DAYS AGO
Bossip

31-year-old Shanice Young was shot in the head in Harlem, New York. She was nine months pregnant and weeks away from giving birth to her third child. In fact, she had been walking home from her own baby shower when she was shot right in front of her daughter. Now, police are looking for a suspected shooter who is believed to be Young's ex-boyfriend.
NEW YORK CITY, NY・8 DAYS AGO
ABC13 Houston

Who killed this 19-year-old woman in Dickinson?

DICKINSON, Texas (KTRK) -- A 19-year-old woman was killed during a shooting in Dickinson, and her death is now being investigated as a homicide, police say. According to police, officers were sent to a home in the 4800 block of E. 33rd Street at around 3:30 a.m. on Tuesday in response to a shooting.
DICKINSON, TX・3 DAYS AGO
CBS DFW

RICHLAND HILLS, Texas (CBSDFW.com) – A 12-year-old Richland Hills girl has died after a fentanyl overdose, and police said they’re investigating the death. Elliana Martinez was found dead at a home on Jennifer Drive on May 31, according to the Tarrant County Medical Examiner. The agency lists her cause of death as fentanyl toxicity. Richland Hills Police Captain Sheena McEachran tells CBSDFW the case is still under investigation, and officers will not be releasing any additional details. She did say police have not made any arrests.
RICHLAND HILLS, TX・18 HOURS AGO
The Independent

The family of Brian Laundrie, who has allegedly been missing for a number of days amid the search for his girlfriend Gabby Petito, have said they found a note on his vehicle from police asking it to be removed.The 23-year-old, who police in North Port, Florida, last week named as person of interest in the disappearance of Ms Petito, 22, was said to have gone missing last Tuesday or Wednesday.An attorney for the Laundrie family reportedly told ABC7 that he told them he was going on a hike in the nearby Carlton Reserve, and failed to return to his...
PUBLIC SAFETY・5 DAYS AGO
The Spun

August marks the end of summer in Texas, as the vast majority of school-aged children started classes over the past few weeks. Authorities in Texas need your help in finding 40 children who were reported missing during the month of August. Their ages range from 12-17, and they went missing in all regions of the state.
PUBLIC SAFETY・11 DAYS AGO