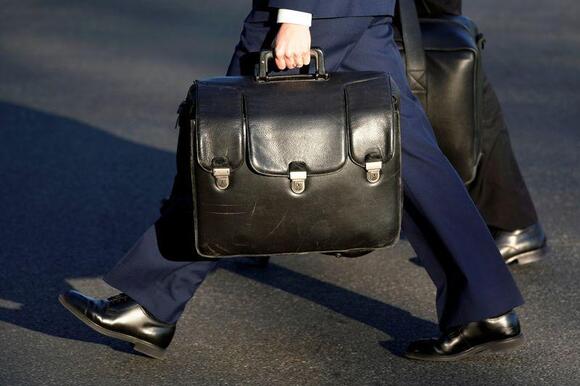 Lawyers for the defendants could not immediately be located. FTE did not immediately respond to a request for comment. The New York-based company’s stock traded on the NYSE American market before being suspended in December 2019.

Federal prosecutors said that from 2016 to February 2019, the defendants used forgeries and fake board resolutions to mislead external auditors about more than $22 million of convertible notes that FTE sold, and kept liabilities for the notes off FTE’s balance sheet.

Authorities said Palleschi and Lethem also caused FTE to recognize more than $12 million of revenue it had not earned, and diverted corporate funds for salary increases, private jet use, luxury cars and other personal expenses.

According to the SEC, Palleschi misappropriated $4.3 million, including $740,000 for car leases and storage and $228,000 for family trips to Peru and Las Vegas, while Lethem misappropriated $1.1 million, primarily cash payments to himself and his wife.

“Financial fraud schemes are all too common, and in order to maintain investor confidence, we need to hold accountable those who perpetrate them,” FBI Assistant Director William Sweeney said in a statement.

CAIRO (Reuters) - Egyptian state-controlled payments firm e-finance for Digital and Financial Investments said on Sunday it would offer up to 14.5% of its capital in an initial public offering in the fourth quarter of 2021. Founded in 2005, e-finance said in a statement it is the sole entity authorised...
WORLD・10 HOURS AGO
Reuters

Sept 19 (Reuters) - French cloud computing services provider OVHcloud plans to launch a possible initial public offering as soon as Monday that could value it at more than $4.7 billion, the Wall Street Journal reported on Sunday, citing people familiar with the matter. The cloud-service provider won't make any...
BUSINESS・2 HOURS AGO