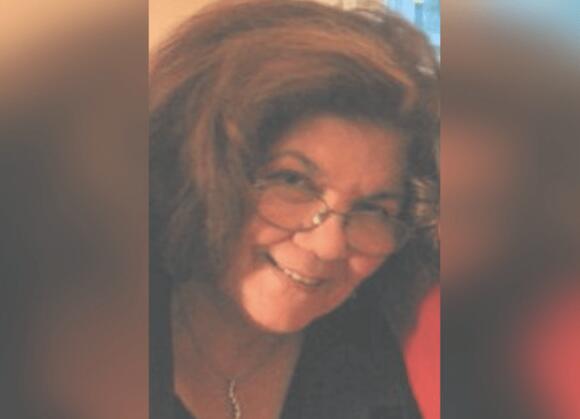 Marlene Mary McCaffrey, 76, of Tiverton, Rhode Island, made her life transition in Bridgeport, CT, on May 8, 2021, with her family by her side. The cause of bodily death was advanced gall bladder cancer. The medical staff who treated Marlene at St. Vincent’s Medical Center were highly supportive of Marlene’s family and treated her last moments with a compassion in keeping with her Catholic faith.

Marlene was born Oct. 23, 1944 in Taunton to Vincent W. McCaffrey and Evelyn S. (Silva) McCaffrey. Vincent (b. 1916) descended from an Irish family long based in Taunton. He earned a reliable living as a factory worker. One of Marlene’s favorite photographs was one of teenage Vincent and a friend sleeping outside a baseball park in hopes of getting tickets for the next day’s game. The photo had been published in the Taunton Gazette and recently came to light via social media. Evelyn (b. 1920), the daughter of immigrants from São Miguel, Azores, grew up doing farm chores on a homestead in Taunton, in an area that is now residential. She was a talented homemaker and, in later years, a laundry worker at the former Paul Dever state school in Taunton. Marlene had lifelong admiration for Evelyn’s skill with domestic crafts, particularly dressmaking, knitting and crocheting.

Marlene graduated from Taunton High School in 1963 and took pride in the professional skills she had acquired there, honed further by four years as a legal secretary for Attorney Peter Gay in Taunton. She married John Costa in September 1967 at St. Joseph’s Church (now St. Andrew’s) in Taunton. Following John’s employment as an engineer, the couple moved to Bridgeport, CT, then to Stratford, CT, and finally to Newport, RI. Marlene chose to be an at-home parent when daughter Shelley was born in 1970, returning to the workforce in 1973. The couple divorced in 1974. Both continued to live in Newport.

Marlene worked on the Naval Base for nearly 30 years in various capacities, including administrative work at the Chaplain School, the War College, and the Naval Education and Training Center. Knowing first-hand the challenges faced by single women in the workforce, she took pride in directing the annual Federal Women’s Program in the 1980s, a program of speakers and mentorship. In the 1990s and 2000s she played an essential role in the long-term training program at the Naval Undersea Warfare Center. There she provided invaluable advice and guidance to managers, employees, and board members with an engaging sense of humor that made her beloved by co-workers and managers. In the early 2000s she retired as a government employee, subsequently working part-time at Sayer, Regan, Thayer and Flanagan for three years. After that, she retired permanently to Tiverton.

Marlene had a keen appreciation for the beautiful in all things, and loved spending time with family. In her granddaughters’ youth she typically traveled to Pennsylvania twice a year – for each of their birthdays – often sharing the journey with her ex-husband so that neither of them missed out on the joys of being a grandparent. Visiting with family was the impetus for three international trips she made which encompassed France, Ireland, and England. Marlene often spoke of the memorable experiences of these trips. She was always thankful to have seen in person the Bordeaux countryside, the splendor of Versailles, the white cliffs of Dover and the lush green hills of Ireland, and to have experienced a Christmas Eve carol service at Christ Church Cathedral in Oxford. Yet the most important aspect of all of these trips for Marlene was the human element. The American Cemetery in Normandy was a must-see for her and very moving. And the people of Ireland, renowned for their warm reception of visiting Americans, welcomed Marlene with particularly open arms, making a brief three-day stay one of her fondest life experiences.

Marlene is survived by her daughter, Shelley Costa, son-in-law Alan Baker, and her two beloved granddaughters, Chloe and Sage Costa Baker, all of Swarthmore PA; her sister, Joyce Costa, of Westport MA; her brother Vincent McCaffrey, Jr. of Taunton, MA, and many well-loved nieces and nephews. Marlene was pre-deceased by her sister Mary Costa and brother-in-law Everett Costa of Fall River; her brother-in-law Myron Costa of Westport; ex-husband John Costa of Newport; and her infant grandson, Matthew Costa Baker, who never left her thoughts.

A Catholic funeral mass will take place at 11am on Tues., July 20, at St Andrew’s Church, 19 Kilmer Ave., Taunton.

Memorial donations may be made to St. Vincent’s Medical Center in Bridgeport, Connecticut, a 501(c) (3) nonprofit organization. To donate, please visit https://stvincents.org.

Newport Bridge to switch to electronic tolling only in October

The Rhode Island Turnpike and Bridge Authority announced Monday that the transition to all-electronic tolling is set to begin on October 27th at 11pm and will be completed by October 28th at 11pm. During the transition, which will happen first in the eastbound lanes (heading toward Newport) and then in the westbound lanes (heading toward Jamestown), motorists are advised to use extra caution when going through the toll booth area.
NEWPORT, RI・3 DAYS AGO
Newport Buzz

Anne S. Gadoury, age 89, of Newport, Rhode Island, passed away on September 13, 2021 at Newport Hospital. Anne was born at home in Newport as the 13th child of 15 to Henry and Catherine (O’Neil) Cox. A lifelong island resident, she was a proud Newporter and worked hard to care for her family.
NEWPORT, RI・8 DAYS AGO
Newport Buzz

The 12 Metre North American Championship, scheduled for September 23-26, will close out Newport’s regatta season with a spectacle of sail next Sunday when a Memorial Race in honor of local sailing legend Harry Anderson is held. Hosted by the 12 Metre Yacht Club, Newport Station and organized by Ida Lewis Yacht Club, the event begins with racing for the North American Championship Trophy on the preceding Thursday through Saturday, providing a steppingstone for teams preparing for the next 12 Metre World Championship, which is scheduled to return to Newport in 2022. (The Worlds were last held here in 2019 when 22 boats from six countries competed and Ida Lewis Yacht Club won US Sailing’s prestigious St. Petersburg Trophy for its role in orchestrating the event.)
NEWPORT, RI・9 DAYS AGO

Joseph C. Kriner, Jr. age 60, of Newport, Rhode Island, passed away peacefully at home surrounded by family on December 31, 2020. Joe was born in Newport, RI to the late Joseph Kriner Sr. and Jean (DeWick) Kriner. Joe was a 1979 graduate of Rogers High School. He considered himself...
NEWPORT, RI・16 DAYS AGO