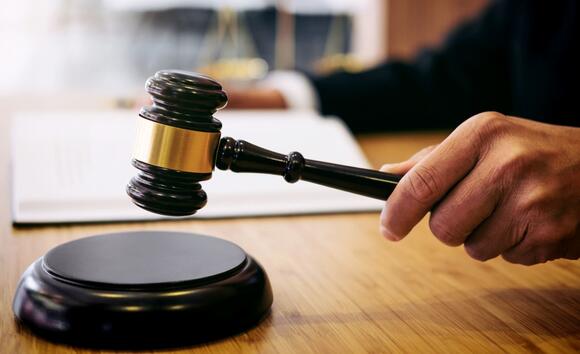 A federal judge shot down a preliminary injunction request in a lawsuit by more than a dozen states that claim a provision limiting tax cuts in President Joe Biden’s COVID-19 relief package is unconstitutional.

The Wednesday decision was a blow to Republicans who had sought injunctive relief on a provision in the American Rescue Plan Act that says relief funding received by states cannot be used to offset tax cuts or credits “directly or indirectly.” The states had argued that the mandate violates the Constitution’s spending clause and the 10th Amendment.

Chief U.S. District Judge L. Scott Coogler did not rule on the merits of the plaintiffs’ arguments about the constitutionality of the law but rather only on a preliminary injunction that would have enjoined the provision. Coogler also ruled that the 13 states suing do have standing in the case, a loss for the Biden administration, which argued they did not.

In his 25-page decision, Coogler pointed out that to get a preliminary injunction, parties must show they have a substantial likelihood of success based on the merits and that they will suffer irreparable injury unless an injunction is issued, among other elements.

The judge wrote that while he would typically begin by evaluating whether the case is likely to succeed on its merits, he didn’t need to do so because the plaintiffs were not able to establish that they would suffer irreparable injury unless the court issued a preliminary injunction.

Coogler said that if states were to issue tax cuts and their relief funds were to be taken by the Treasury Department because they violated the tax mandate, it would be a “quintessentially reparable” injury.

“Indeed, if the Secretary were to recoup ARPA funds from the Plaintiff States during the pendency of this lawsuit, this Court could simply—assuming it ultimately issues a permanent injunction and declares the Federal Tax Mandate unconstitutional—order the funds returned to the Plaintiff States,” he said.

Earlier this month, a federal judge granted Ohio a preliminary injunction and ruled that the tax mandate “falls short of the clarity” that Supreme Court precedent requires for the Constitution’s spending clause as it relates to conditional grants to states.

Ha ha ha. Sorry republicans. You don’t get to take money meant to help people and hand it to the rich and yourselves. Those days are over. Thank you president Biden and whoever this judge is.

In his order, Judge Robert Pitman, an Obama appointee, said that Texas "wished to be heard" on the abortion law.
TEXAS STATE・15 HOURS AGO
KVUE

A proposal by congressional Democrats to increase federal cigarette and cigar taxes, while introducing new vape levies, would not break President Joe Biden's promise not to raise taxes on households earning less than $400,000 a year, according to the White House.
PRESIDENTIAL ELECTION・1 DAY AGO
USA TODAY

President Joe Biden demonstrated his commitment to “norms” last week by delivering a speech threatening governors, and all who oppose his will, with a unilateral edict requiring COVID-19 vaccinations.
PRESIDENTIAL ELECTION・2 DAYS AGO
NBC News

President Joe Biden had not even finished announcing the details of his new plan to reduce the spread of Covid-19 Thursday when the criticism started pouring in. Using executive orders and agency directives, he mandated the full vaccination of all federal employees, federal contractors and Medicaid- and Medicare-funded health care facility workers. He also directed the Labor Department to draft an emergency rule requiring private companies with 100 or more employees to ensure their workers are either fully vaccinated or take weekly Covid tests.
PRESIDENTIAL ELECTION・2 DAYS AGO
NewsRadio WFLA

A Miami federal judge has delivered a blow to a group of children with disabilities and their parents who sued the Governor over the student mask mandate ban.
MIAMI, FL・1 DAY AGO
Columbus Dispatch

Ohio legislative leaders put the brakes on a controversial anti-vaccination mandate bill just weeks ago. Now conservatives in the House are making moves to force a floor vote on the measure. State Rep. Jennifer Gross, R-West Chester, is gathering lawmakers' signatures on a discharge petition to force an immediate floor...
OHIO STATE・2 DAYS AGO

In the fight against rising corona infections, US President Biden has also relied on compulsory vaccination for federal employees. Arizona’s attorney general says this is “unconstitutional.” His reason: the guidelines are detrimental to U.S. citizens compared to illegal immigrants. Arizona became the first U.S. state to go to court against...
ARIZONA STATE・2 DAYS AGO
KAKE TV

Briggs: Republicans who hate Biden’s vaccine mandate should tell us how COVID-19 ends

I don’t love President Joe Biden’s plan to use the federal agency charged with workplace safety as an enforcement mechanism for carrying out a national COVID-19 vaccine mandate. But I do think almost everyone should get vaccinated and I don’t have a better idea for making that happen, so I’m willing to learn more about how Biden’s plan will work before I form a strong opinion on it.
PRESIDENTIAL ELECTION・3 DAYS AGO

It's almost become a tradition in Colorado for the opposing party to make hay when a politician — usually a U.S. senator facing re-election — appears to be ducking the chance to rub elbows at home with an unpopular president, even though there's usually a good reason the absent lawmaker has to be elsewhere.
DENVER, CO・2 DAYS AGO
wosu.org

Ohio Republican Attorney General Dave Yost is looking into possible action against President Joe Biden's vaccine mandate for businesses with more than 100 employees. Yost, who got the COVID-19 vaccine, said the president doesn't get to force people into getting vaccinated. Yost said Biden is acting unlawfully by requiring businesses...
OHIO STATE・2 DAYS AGO
Derrick

WASHINGTON (AP) — President Joe Biden is nominating a Vermont judge who played a critical role in paving the way for the legalization of same-sex marriage to become the first openly LGBT woman to serve on any federal circuit court. The White House announced Thursday that Biden has tapped Beth...
CONGRESS & COURTS・2 DAYS AGO
FOX 40 News WICZ TV

Attorney General Merrick Garland announced that the Department of Justice has filed a lawsuit against the state of Texas over the recently passed restrictive abortion law. He said the law was "clearly unconstitutional" and violated rights of citizens.Sept. 9, 2021.
TEXAS STATE・7 DAYS AGO
flaglerlive.com

AUSTIN, Texas — (AP) — Opponents of a sweeping Republican elections overhaul in Texas sued Gov. Greg Abbott on Friday, going to court even before he had signed into law changes that would further tighten the state's already strict voting rules. Two lawsuits, filed in separate federal courts in Texas,...
PRESIDENTIAL ELECTION・13 DAYS AGO
WashingtonExaminer

A federal judge has ordered the Biden administration not to use its public health authority to turn away any migrant families who illegally cross the southern border into the United States, an abandonment of U.S. policy in effect since the start of the coronavirus pandemic.
U.S. POLITICS・20 HOURS AGO