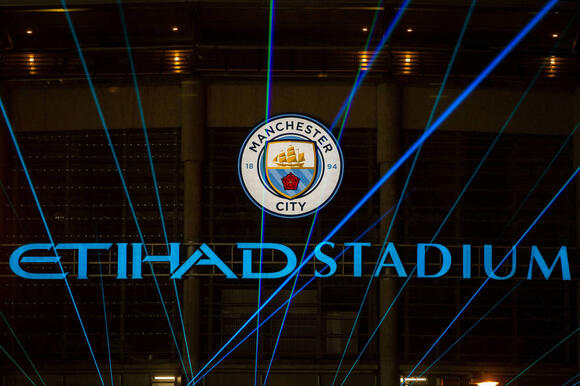 After an unforgettable few days following the conclusion of major tournaments namely the European Championship and the Copa America, the crazy football cycle continues as Manchester City begin their pre-season ahead of the 2021/22 campaign.

Pep Guardiola will take charge of his side after a month-long break in Spain, as all the attention turns towards club football once again.

Manchester City’s season ended on a heartbreaking note, as Pep Guardiola’s men lost to Premier League rivals Chelsea in the Champions League Final back in May, but a lot has happened since, and all will be forgotten come Monday when the squad gets back together for the pre-season preparations.

According to Simon Stone of the BBC, Manchester City and Pep Guardiola’s team will return for the pre-season training next week, as they prepare to defend the Premier League title for the third time in the last four years.

However, it is also reported that players involved in the recently concluded tournaments will not take part in the initial stages of preparations.

This will include the likes of the English contingent in John Stones, Raheem Sterling, Kyle Walker and Phil Foden, along with Manchester City’s Brazilian players namely Gabriel Jesus and Ederson.

FIFA rules mean that players must have a minimum of three weeks of leave before they join their respective clubs for the following domestic season and as a result, the players who reached the late stages of the tournaments will only be available a week before the 2021/22 Premier League season starts.

Nevertheless, Pep Guardiola will have the likes of club captain Fernandinho, Riyad Mahrez, Zack Steffen and Benjamin Mendy along with a host of impressive youngsters from the City Football Academy at his disposal to begin with.

Manchester City begin their 2021/22 season on the 7th of August when they face FA Cup Champions Leicester City in the customary Community Shield game at the Wembley Stadium.

Kayky joined City from Fluminense last month and is set to travel to Manchester later this week to join up with the team, upon the conclusion of a 10-day quarantine in Portugal due to Covid-19 restrictions. The 18 year-old is very highly rated and recently admitted in an interview with...
PREMIER LEAGUE・15 DAYS AGO
CityXtra

City's club captain is gearing himself up for another month of intense football in three different competitions. However, the Brazilian is no stranger to hard work, becoming a stalwart in the midfield for over eight years now. Since arriving in Manchester, Fernandinho has earned rave reviews about his hard-working, intelligent...
PREMIER LEAGUE・10 DAYS AGO
The US Sun

PREMIER LEAGUE champions Manchester City have the most expensive squad in Europe. That is according to findings from CIES, who claim City's team is valued at an eye-watering £926million. This comes after the Citizens splashed £100m for Jack Grealish and broke the British transfer record this summer. Rivals Manchester United,...
PREMIER LEAGUE・14 DAYS AGO
CityXtra

Walker joined Manchester City from Tottenham in the summer of 2017 for a fee in the region of £50 million, and since his arrival the England international has established himself as a vital component of Pep Guardiola’s squad. One of the fastest footballers ever to grace the Premier League, Kyle...
PREMIER LEAGUE・14 DAYS AGO

Young Brazilians appear to be on the radar regularly for both Manchester City and their parent football business company City Football Group or CFG. In recent years, the City Football Group have signed some of the most promising young talents out of Brazil, including the likes of Yan Couto, Metinho, and Kayky - all of whom have left South America to enter the Manchester City system.
PREMIER LEAGUE・12 DAYS AGO
goal.com

No pre-season, out of the Champions League: Real Madrid loss sums up Manchester City's nightmare start

Another Man City man has ‘returned to training’, player ‘in contention’ of facing Leicester

Manchester City received one injury boost ahead of this weekend’s trip to Leicester City with Phil Foden undergoing light training, and they’ve been given another boost following the return of Kevin De Bruyne. BBC Sport say the 30-year-old has ‘returned to training’ and is ‘in contention’ of facing the Foxes...
PREMIER LEAGUE・9 DAYS AGO
chatsports.com

Manchester City travel to the King Power Stadium to face Leicester City on Saturday afternoon and have received an injury boost ahead of the Premier League meeting. Phil Foden took part in a light training session after damaging his foot during the 2020 European Championships. The 21-year-old wasn’t able to...
PREMIER LEAGUE・10 DAYS AGO

Manchester City’s much-publicised pursuit of Tottenham striker Harry Kane was met with a disappointing end during the course of the summer transfer window, and Noel Gallagher believes the club should have targeted Borussia Dortmund’s Erling Haaland and teammate Jude Bellingham instead. During a recent appearance on talkSPORT, Gallagher insisted that...
PREMIER LEAGUE・10 DAYS AGO
chatsports.com

Manchester City have only grown stronger in FIFA 22 as their title-winning journey last year and summer transfer activity have boosted the squad's video game abilities. Not only are the very best players on the team, such as Kevin De Bruyne and Ederson, rated among the best in the world, but the quality of depth is also a sight to behold as there are a whopping 18 players above an 80 rating.
FIFA・6 DAYS AGO
The US Sun

SIR ALEX FERGUSON has confirmed the instrumental role he played in convincing Cristiano Ronaldo to snub Manchester City for a return to Old Trafford. The former Red Devils manager was reported to have personally called the Portuguese great in a bid to convince him to return to Manchester United after 12 years away.
PREMIER LEAGUE・8 DAYS AGO
The US Sun

KEVIN DE BRUYNE has been demoted from his role as Manchester City vice-captain for the 2021-22 season. Fernandinho will continue as the Premier League champions' skipper for the new campaign having been given the armband 12 months ago following the departure of David Silva. But De Bruyne, who was vice-captain...
PREMIER LEAGUE・4 DAYS AGO

Man City vs Southampton prediction: How will Premier League fixture play out today?

Manchester City will be looking for their fourth Premier League win on the spin as they host Southampton.Pep Guardiola’s side began their Champions League campaign with an entertaining 6-3 victory over RB Leipzig in midweek.They meet Ralph Hasenhuttl’s side, who travel north seeking a first league win of the season despite a number of encouraging performances.Southampton have drawn their last three games.Here is all you need to know about the Premier League fixture.When is the match?The game kicks off at 3pm on Saturday 18 September at the Etihad Stadium.Where can I watch?The game is not available to watch live in...
PREMIER LEAGUE・2 DAYS AGO
The Independent

A near-capacity crowd failed to inspire Manchester City as the champions were held to a frustrating goalless draw by Southampton at the Etihad Stadium.Pep Guardiola’s side might even have felt relieved to claim a point after referee Jon Moss overturned decisions to award Southampton a penalty and send Kyle Walker off in the second half.Statistically City dominated but lacked their normal cutting edge, perhaps underling Guardiola’s point in midweek that his players would go into the Saturday encounter tired after their Champions League exertions.Raheem Sterling thought he had snatched victory with a last-gasp strike but the flag was raised for...
PREMIER LEAGUE・2 DAYS AGO
The Independent

Pep Guardiola has said that he would leave Manchester City if the club’s supporters were not happy with him, yet insisted that his plea for more fans to attend the Etihad this weekend had been misinterpreted.Guardiola called for “more people to come” to Saturday’s meeting with Southampton after 38,062 fans attended the 6-3 win over RB Leipzig earlier this week, around 17,000 short of the Etihad’s full capacity.City’s attendances at Champions League games have tended to be lower than at weekend Premier League fixtures. The 5-0 wins over Norwich City and Arsenal both attracted around 52,000 fans, while an average...
PREMIER LEAGUE・2 DAYS AGO
The Independent

Manchester City’s injury problems are mounting ahead of a crucial week of big matches with the news that Ilkay Gundogan is the latest player needing treatment.City boss Pep Guardiola hinted the Germany midfielder was nursing a problem following Saturday’s goalless draw with Southampton.Guardiola was already without John Stones, Aymeric Laporte, Rodri and Oleksandr Zinchenko against the Saints.City face a tough run of away games with Chelsea (25 September), Paris Saint-Germain (28 September) and Liverpool (3 October) all coming within an nine-day period, but first host Wycombe in the Carabao Cup on Tuesday night.Guardiola insists his injury list is so bad...
PREMIER LEAGUE・5 HOURS AGO
The Guardian

Jorginho 'dreams' of a return to Italy and could quit Chelsea after the 2022 World Cup, according to the player's agent... as he reveals Juventus made an approach for the midfielder in 2019

Chelsea midfielder Jorginho is 'dreaming' of a move back to Italy and could make his ambitions come true after competing in the 2022 World Cup, according to his agent. The Blues star is on a high after winning both the Champions League and European Championship with the Azzurri this summer, and already has his sights set on his next move despite being one of the first names on the team-sheet for Chelsea.
PREMIER LEAGUE・14 DAYS AGO
SPORTbible

Cristiano Ronaldo's sensational return to Manchester United is 'bad news' for Donny van de Beek, says the player's agent. Ronaldo is in line to make his second Man United debut against Newcastle United on Saturday. His arrival has got fans buzzing not to mention senior Man United players. But Van...
PREMIER LEAGUE・14 DAYS AGO
Reuters

Sept 18 (Reuters) - Liverpool went top of the Premier League with a 3-0 win over Crystal Palace on Saturday, while champions Manchester City were held to a goalless draw at home to Southampton. Arsenal picked up their second straight win with a 1-0 victory at Burnley, while promoted Brentford...
PREMIER LEAGUE・1 DAY AGO