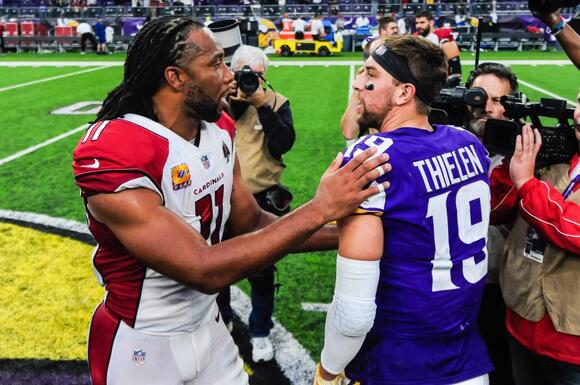 Future Hall of Fame wide receiver Larry Fitzgerald remains undecided about playing this coming season with just a couple weeks to go before the Arizona Cardinals report for training camp.

While it’s highly unlikely that the 37-year-old Fitzgerald plays for another team after suiting up the past 17 seasons in the Arizona desert, there’s always a chance he chases a ring.

Meanwhile, Arizona added wide receivers A.J. Green and Rondale Moore to go with DeAndre Hopkins and Christian Kirk this offseason. It really doesn’t have much of a need for the aging Fitzgerald. It’s in this that we look at four ideal landing spots for the 11-time Pro Bowler.

What better way for the Packers to appease disgruntled quarterback Aaron Rodgers than by adding Fitzgerald to the mix? Green Bay’s depth at wide receiver is also pretty questionable behind star pass-catcher Davante Adams.

After recording a mere 54 receptions for 409 yards and one touchdown a season ago, Fitzgerald is nowhere near the same player he was in his prime. This means he’ll come pretty cheap for the cash-strapped Packers. It almost makes too much sense.

If Fitzgerald wants to chase a ring, the Bills might make the most sense. They are coming off a brilliant 13-win season and are considered one of the top Super Bowl contenders heading into the 2021 campaign. Buffalo also boasts stud quarterback Josh Allen under center and one of the best receivers in the game in that of Stefon Diggs. 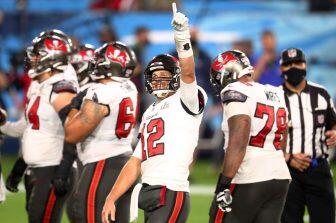 Interestingly enough, there’s a chance that Buffalo releases veteran receiver Cole Beasley after some controversial comments about the COVID-19 vaccines. While Beasley is a slot receiver and Fitzgerald plays outside, such a move would create a depth issue in Western New York.

Imagine the narrative here. Fitz opting to sign with the division-rival 49ers after spending 17 seasons with the Arizona Cardinals. While this seems highly unlikely, stranger things have happened. Remember when Hall of Famer Isaac Bruce signed with the 49ers back in 2008 after spending 14 seasons in the NFC West with the Rams? 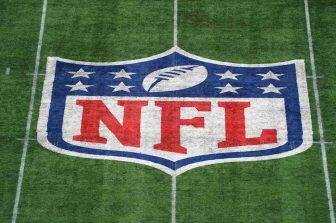 As for an on-field fit, San Francisco is certainly in need of depth at wide receiver behind Brandon Aiyuk and Deebo Samuel. The team missed out on the Julio Jones sweepstakes and avoided wide receiver altogether in the 2021 NFL Draft. Seen as a legitimate title contender, the 49ers make sense for Fitzgerald.

It was this past spring that Cardinals legend Patrick Peterson signed with the Minnesota Vikings in what was a shocking piece of news. Why wouldn’t Fitzgerald want to join his longtime teammate in the wide receiver’s home city of Minneapolis? Adding another layer to this is the fact that Fitz’s father is a legendary journalist in the Twin Cities.

Minnesota might not have a major need at wide receiver with stud youngster Justin Jefferson and Adam Thielen doing their things. With that said, there’s some concerns about depth for quarterback Kirk Cousins . Bringing in Fitzgerald on the cheap would make sense.

A two-time Super Bowl champion is calling it a career. On Tuesday, the Arizona Cardinals placed defensive back Malcolm Butler on the reserve/retired list after signing with the team this year. Butler has missed practice all week as he's been dealing with a personal issue, leading to him contemplate retirement. However, it's possible Butler could return to the team if he wants.
NFL・24 DAYS AGO
The Spun

If listening was a problem between Aaron Rodgers and the Green Bay Packers front office this offseason, legendary quarterback Brett Favre believes it’s going to change. The Hall of Fame quarterback is predicting that the Packers will do everything they can to listen to Rodgers moving forward. Rodgers, who wanted...
NFL・14 DAYS AGO
The Spun

One of the biggest talking points of the 2021 NFL offseason was the state of the relationship between Aaron Rodgers and Green Bay Packers general manager Brian Gutekunst. With that storm successfully navigated, Gutekunst has revealed some of the conversations he’s had with Rodgers. Speaking to the media on Wednesday,...
NFL・24 DAYS AGO
The Spun

Moments ago, the Green Bay Packers made a notable cut involving one of their young wide receivers. It turns out the front office has waived Equanimeous St. Brown, per Ryan Wood of the Green Bay Press-Gazette. The Packers selected St. Brown in the sixth round of the 2018 NFL Draft....
NFL・25 DAYS AGO

What is Aaron Rodgers net worth?

AARON Rodgers is arguable one of the most popular NFL quarterbacks in the league. When he's not making football headlines he's in the news thanks to his relationship with actress Shailene Woodley. What is Aaron Rodgers net worth?. Born December 2, 1983, Rodgers, 37, is known as an American football...
NFL・12 DAYS AGO
FOX Sports

Aaron Rodgers: 'They drafted my replacement so just let him play'

Aaron Rodgers' unhappiness in Green Bay was the major storyline throughout the NFL offseason. It started on the day of the NFL Draft when reports surfaced that Rodgers wished to be traded, kicking off a whirlwind of rumors and drama that continued throughout the summer. But Rodgers says he wouldn't...
NFL・13 DAYS AGO
The Spun

We’re one full week (and one Thursday night Week 2 game) into the 2021 NFL regular season. There are several deserving picks, as a couple of teams looked pretty bad during the league’s opening weekend. However, one stands out according to Troy Aikman’s rankings. The former Dallas Cowboys star quarterback...
NFL・7 DAYS AGO
FanSided

Larry Fitzgerald could be answer to Patriots wide receiver problems

Larry Fitzgerald has said he wants to retire a Cardinal — but playing for Bill Belichick could give the former Arizona wide receiver the ring he deserves. During the 2021 NFL offseason, the New England Patriots and Arizona Cardinals each had their share of flashy acquisitions. The Cards brought in J.J. Watt and A.J. Green to bolster their superstar roster, while the Patriots spent millions on Hunter Henry, Jonnu Smith, Nelson Agholor and Matt Judon.
NFL・12 DAYS AGO

The Arizona Cardinals secured a dominant 38-13 victory over the Tennessee Titans in week one of the NFL season, and while it was exciting for fans in the valley to watch, it’s time to move on to week two. It will be the return of Patrick Peterson to the desert, as the Minnesota Vikings make the trip to State Farm Stadium on Sunday after a disappointing 27-24 loss to the Cincinnati Bengals last week.
NFL・11 DAYS AGO
chatsports.com

For the first time since 2003, the Vikings will play an Arizona Cardinals team without native Minnesotan and future first-ballot Pro Football Hall of Fame receiver Larry Fitzgerald Jr. Fitzgerald, 38, hasn't formally retired from the NFL, but it's looking more like the former Holy Angels standout has privately called...
NFL・7 DAYS AGO
Sportsnaut

Patrick Mahomes and Aaron Rodgers unsurprisingly lead the 2021 NFL MVP odds. Find out who else is in the running, and where the best value bets are.
NFL・1 DAY AGO
Sportsnaut

Super Bowl 2022: The Tampa Bay Buccaneers are the reigning NFL champions, but who'll make the playoffs — and lift the Lombardi Trophy at the end of this season?
NFL・5 DAYS AGO
Sportsnaut

Are the Cleveland Browns pretenders or contenders? Now that their 2021 schedule is out, let's go through each game and see how they're likely to fare.
NFL・1 DAY AGO
ESPN

TEMPE, Ariz. -- Larry Fitzgerald's induction to the Pro Football Hall of Fame can begin in T-minus four seasons and 16 weeks. The clock on Fitzgerald's five-year waiting period before he's eligible for the Hall of Fame officially began Sunday around 1 p.m. ET when the Arizona Cardinals' season opener kicked off against the Tennessee Titans. As long as Fitzgerald doesn't play a snap this season, he will remain on track for induction in 2026. If he signs somewhere and plays just one snap this season, his Hall of Fame wait will restart. If he signs with a team but doesn't play, his clock will remain ticking.
NFL・13 DAYS AGO
FanSided

Finding a good defensive back in today’s NFL can be a real challenge. The Minnesota Vikings invested heavily in theirs this offseason by signing three new starters and extending Harrison Smith for what will hopefully be the rest of his career. The Vikings have enjoyed the services of several talented...
NFL・11 DAYS AGO
Arizona Sports

Former Arizona Cardinals wide receiver Larry Fitzgerald is a free agent, months after an offseason when he and the team did not provide a statement on if Fitzgerald would return or not. Week 1 came and went without Fitzgerald on any team, but there’s always the thought of if he...
NFL・7 DAYS AGO
Sporting News

After a week of upsets, the Week 3 schedule features just one game between teams with 2-0 records. It's early, but a possible NFC championship preview between the Buccaneers and Rams is the highlight of the schedule; a chance for Los Angeles to show it's for real with new quarterback Matthew Stafford. Should Tom Brady and Tampa Bay be underdogs in that one?
NFL・5 DAYS AGO
Insider

A Packers trainer searched Lambeau Field until 2 a.m. to recover a player's necklace that contained his father's ashes

Packers trainer Bryan "Flea" Engel walked through the end zone late into the night on Sunday until he found Aaron Jones' priceless pendant.
NFL・3 DAYS AGO