How Rich Is Sean Penn? 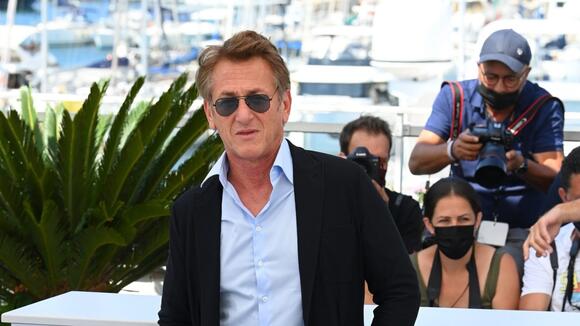 Though Sean Penn has acted in and directed more movies than many actors his age, he may be most famously remembered for his role as the goofy stoner Jeff Spicoli in the ’80s teen flick “Fast Times at Ridgemont High” alongside other ’80s icons, such as Erik Stoltz and Phoebe Cates. His actual film debut was a year earlier, in a serious role in the 1981 film “Taps.” It would be his role in the drama “Bad Boy” in 1983, however, where he made his mark as the serious kind of actor he has become known to be.

See: The Richest Celebrity From Every State
Read More: 15 Highest-Grossing Actors of All Time

Penn’s salary reflects that he has spent most of his adult life working. Celebrity Net Worth estimates his net worth at $70 million, though it was much higher before he divorced ex-wife Robin Wright, whom he’s reported to have paid as much as $50 million in their divorce settlement. They were married from 1996 to 2010 and have two children together.

Discover: Here’s How Much Jennifer Aniston and Other Actors Get Paid for Their Reruns

Penn was busy in the 1980s, with such movies as “Racing with the Moon,” “The Falcon and the Snowman,” “At Close Range” and the flop “Shanghai Surprise,” in which he starred alongside his wife at the time, singer Madonna.

He took a break from acting in the 1990s to focus on his directing career but returned to acting in 1993’s “Carlito’s Way.” That role earned him a Golden Globe Award nomination for best supporting actor. He also received an Academy Award nomination for best actor for 1995’s movie “Dead Man Walking” where he starred opposite Susan Sarandon. His first Academy Award win came in 2003 for best actor in the crime drama “Mystic River.”

The Richest of the Rich: See How Much Tom Cruise, Tom Hanks and More A-List Movie Stars Are Worth

Penn’s penchant for the dark and serious has defined his career in many ways, and shaped the roles he has taken. After starring in “The Assassination of Richard Nixon” in 2004, he was invited to join the Academy of Motion Picture Arts and Sciences. He won his second Academy Award for 2008’s biopic “Milk,” where he played gay rights icon and politician Harvey Milk.

Find Out: Scarlett Johansson, Jennifer Aniston and 25 of the Richest Actresses of All Time

Penn didn’t stop at acting, however. He has directed quite a few films, including “The Pledge” and “The Last Face” and several music videos for singers Shania Twain, Lyle Lovett and Peter Gabriel.

Raking It In: Betty White, Cher and 48 More of the Richest Stars Over 70

Penn purchased a number of homes over the years, in Los Angeles, Malibu and the Hollywood Hills. After fires and thefts, he and Wright bought a $2.1 million home in Ross, California, 30 minutes north of San Francisco in Marin County. When they divorced, they listed the home for sale in 2008 for $15 million, but were only able to get $8 million for the home in January 2010. After the divorce, Sean purchased a $3.8 million home in Malibu, California, in May 2009.

This article originally appeared on GOBankingRates.com : How Rich Is Sean Penn?

He fawned all over Castro and thought he was brilliant, why doesn't he take his money and help the people of Cuba.

"All he needs is some tasty waves, a cool buzz, and hes fine!" oh, a woman to slap around

I thought he had immigrated to Venezuela to support the Revolution.

They have a reputation for earning inflated salaries, but some celebrities have had to do some serious negotiating to score the big bucks. Whether they reached a new pay deal along with their cast...
CELEBRITIES・20 HOURS AGO
GOBankingRates

28 of the Highest-Grossing Concert Tours of All Time

Take a look at the bands that have had multiple high-grossing tours -- and which solo singer was the highest-grossing of them all.
ENTERTAINMENT・1 DAY AGO
GOBankingRates

Use These Tips To Never Pay Full Price at Olive Garden, Applebee’s & Other Popular Restaurant Chains

Going out to eat can be pricey. The average household spends about $3,500 on dining out (during non-pandemic lockdown times), according to data from the Bureau of Labor Statistics. Fortunately, there...
RESTAURANTS・1 DAY AGO
Hello Magazine

Sean Penn's wife, Leila George, has filed for divorce after 15 months of marriage. The Australian actress, 29, filed the dissolution in Los Angeles Superior Court on 15 October. The split comes a little over a year since they tied the knot in a low-key ceremony. Sean confirmed the nuptails...
RELATIONSHIPS・6 DAYS AGO

The Downton Abbey star met Penn early on in her career, on the set of their 1984 movie Racing with the Moon. They quickly fell in love and got engaged, according to the Daily Mail. "It was the frenzy of Sean's feelings that overwhelmed me. It was also the first real experience of boys I'd had, which was kind of nice," McGovern told the outlet. "In the beginning it was fun. We were a similar age and in the same place professionally, so we were experiencing everything together."
CELEBRITIES・3 DAYS AGO
wfav951.com

No Hollywood ending for Sean Penn and Leila George. The 29-year-old filed for divorce from the 61-year-old Penn in Los Angeles Superior Court Friday, People reports. They were married for a year. The pair tied the knot in July of 2020 during a small ceremony; rumors of their marriage emerged...
TROUBLE RELATIONSHIP・5 DAYS AGO
TheDailyBeast

The third time was not the charm for Sean Penn. Actress Leila George has filed for divorce from the tempermental actor after just a year of marriage, TMZ reports. The on-again, off-again couple got hitched in a private ceremony in July 2020; it’s not clear why they are breaking up. Penn, 61, has been married twice before—to Madonna and Robin Wright. George, 29, is the Australian-born daughter of actors Vincent D’Onofrio and Greta Scacchi.
RELATIONSHIPS・6 DAYS AGO
WOKV

Australian actress Leila George has filed for divorce from Sean Penn after nearly 15 months of marriage. George, 29, whose legal name is Leila D’Onofrio, filed for dissolution in Los Angeles Superior Court on Friday, according to court records obtained by USA Today. Penn, 61, and George were married in...
CELEBRITIES・6 DAYS AGO

Sean Penn and Leila George separate a year after his wedding

After four years of courtship and just one year of marriage, Sean Penn (61) and Leila George (29) have been separated. It has been the actress who has asked for divorce, as announced by the North American news portal TMZ. Penn and his young girlfriend got married in August of...
CELEBRITIES・5 DAYS AGO
GMA

‘Blue Bloods’: How Tom Selleck Felt About Being Fired by Show’s Producer on Past TV Hit Series

Tom Selleck has been at the center of the hit CBS police drama “Blue Bloods” success since the show began in 2010. With the help of legendary producer Leonard Goldberg and a dedicated cast around him, Selleck’s police commissioner has become a television staple. What else is new for the “Magnum P.I.” star?
TV SERIES・14 DAYS AGO
Fox News

Tommy DeBarge, best known as a member of the R&B group Switch, has died. He was 64. DeBarge's sister Etterline "Bunny" DeBarge shared the news on Facebook on Thursday, sharing a video featuring a still image of her brother playing guitar. "Tommy has gained his wings," she wrote. The singer...
MUSIC・1 DAY AGO

Photos: Peter Scolari through the years

Find out everything to know about ‘Blue Bloods’ actor Tom Selleck’s wife of more than three decades — British actress Jillie Mack. Blue Bloods star Tom Selleck and former West End performer Jillie Mack are among the most low key couples in Hollywood. The A-list Magnum P.I. star has been married to British born Jillie for more than three decades, however very little is known about their romance. The couple met when Tom was in London filming the movie Lassiter, and his future wife caught his eye when he saw the stage production of Cats on the West End. Here’s everything you need to know about Jillie.
RELATIONSHIPS・14 DAYS AGO
Best Life

If your parents are Danny DeVito and Rhea Perlman, we can only imagine it's hard to break away from the bright lights of Hollywood. And seemingly, the former couple's three children have all been lured. At one point or another, all of the DeVito-Perlman kids have dabbled in acting, but it was recently announced that their oldest child, 38-year-old Lucy DeVito, will be starring alongside her father on a new series. To see Lucy now and find out what she's working on with her dad, read on.
TV & VIDEOS・25 DAYS AGO
GOBankingRates

Tucker Carlson, 52, has the distinction of being the most-watched and possibly one of the most polarizing personalities on cable news.  With nearly three million viewers as a conservative political...
CELEBRITIES・13 HOURS AGO

Shelley Long is taking it easy in Los Angeles. The 72-year-old "Modern Family" alum was spotted out and about in Los Angeles earlier this month with her pet Chihuahua. The star, who isn't often photographed publicly, kept her outfit simple, wearing a blue shirt, grey jacket, Nike sneakers, long socks and cuffed grey jeans. Her iconic blonde hair fell over her shoulders and she also donned stylish clear-rimmed glasses.
LOS ANGELES, CA・17 HOURS AGO
GOBankingRates

Paul Stanley, best known as rhythm guitarist and co-lead vocalist along with Gene Simmons for the rock band Kiss, has a net worth of $200 million, Celebrity Net Worth reported. Rock Celebrities notes...
SMALL BUSINESS・3 DAYS AGO
USA TODAY

Paul Walker's daughter Meadow got married — and Vin Diesel was at the wedding!

Congratulations are in order for the late Paul Walker's daughter, Meadow, who married her longtime boyfriend Louis Thornton-Allan.
RELATIONSHIPS・11 HOURS AGO