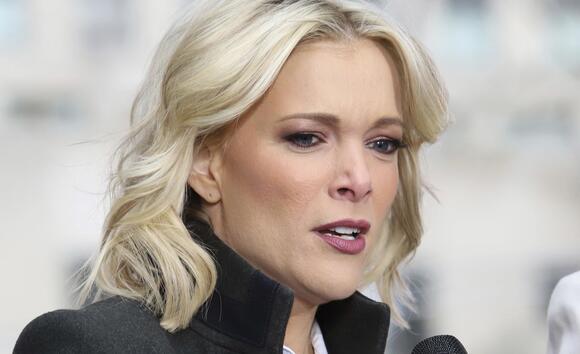 Journalist Megyn Kelly criticized the media's coverage of the Jan. 6 riot, saying many news outlets misportrayed the Capitol siege during which hundreds of people stormed the building and clashed with law enforcement.

After comedian Chrissie Mayr told Kelly during her Monday podcast that she attended former President Donald Trump's "Stop the Steal" rally outside the White House that preceded the Capitol attack, Kelly agreed that "there is no question" the media misrepresented the event, making it out to be "so much worse than it actually was," though she did describe some of the mayhem caught on video.

"We've all seen the video of people, like, screaming in the face of cops, being totally disparaging, and defecating on the floor of the U.S. Capitol, and lawmakers were understandably afraid — not like [Rep. Alexandria Ocasio-Cortez saying] 'I need therapy for the rest of my life' afraid, but I could understand it, and I didn't like seeing it," Kelly said.

CAPITOL FENCING WILL COME DOWN AS SOON AS FRIDAY

In May, Ocasio-Cortez said she was in therapy due to the "trauma" of the Capitol riot.

"I think after [Jan. 6], I took some time — and it was really [Rep.] Ayanna Pressley. I explained to her what happened to me, like, the day of because I ran to her office, and she was like, 'You need to recognize trauma,'" she said .

"If I take a couple months and just be really good, then I don’t have to live with this thing festering and lingering with me like a roommate in my apartment for years," she added.

Hundreds of suspected rioters have been detained and charged in connection to the riot. Five people at the Capitol died during the events of that day or soon after the siege.

Lawmakers on Capitol Hill recently convened a Jan. 6 commission to investigate the events of that day. House Speaker Nancy Pelosi also ordered 8-foot fencing be erected to surround the Capitol, and six months after the attack, the process of taking it down began on Friday.

Wow how worse it could have gotten. trying to stop the election process in America. My Lord. They should have been charged like terrorist

"The Republican Party will not get better unless you stand up," the congressman said in a message to fellow GOP lawmakers on Saturday.
PRESIDENTIAL ELECTION・9 HOURS AGO
Shore News Network

U.S. Speaker of the House Nancy Pelosi gave President Joe Biden a rave review in light of his botched withdrawal from Afghanistan that left 13 American service members dead. “Let me just say about our president, President Biden…President Biden is…It’s so…we’re so fortunate that he did not win for president before when he ran because we needed him now. He’s perfect for now,” Pelosi said. “He knows his foreign policy he was chair of the foreign policy committee he’s been…extends the hands of friendship to friend and foe alike in order to have communication…He understands the value of that, he is…he knows and is known by most leaders.”
U.S. POLITICS・1 DAY AGO

(Reuters) - Former U.S. President Donald Trump might make another White House run in 2024, but if he does, he will take his place in American history as a two-time loser, House of Representatives Speaker Nancy Pelosi predicted on Thursday. Visiting England for a meeting of parliamentary leaders from G7...
PRESIDENTIAL ELECTION・2 DAYS AGO
Newsweek

Landon Copeland, who was charged in connection with the Capitol riot, doesn't expect a big turnout on Saturday unless Trump says to "go to the Capitol again."
PROTESTS・1 DAY AGO
MSNBC

Two words were so closely associated with Republican Rep. Anthony Gonzales that I started to think they were part of his name: "rising star." The Ohio congressman was a young former football star with an MBA from Stanford whose political career appeared to have limitless potential. That is, until January....
POTUS・1 DAY AGO
WashingtonExaminer

Fox News’ Tucker Carlson was talking about Gen. Mark Milley Thursday night when a chyron appeared under him declaring, “This man is a danger to the country.”. ‘If the shoe fits…” tweeted Republican commentator Ana Navarro-Cárdenas. Screenshots of the on-air graphic quickly spread online, circulated by those who didn’t feel...
POLITICS・1 DAY AGO
Fox News

Ingraham: 'Fencing off the Capitol and Milley'; Biden governs on 'need-to-know basis', lied about transparency

In her "Ingraham Angle" monologue on Friday, host Laura Ingraham described how President Joe Biden and his Democratic Party are proverbially circling the wagons around their own, as crises and distrust mount. "Fencing off the Capitol; and Milley," she said. "From moment he decided to run for president, Biden has...
PRESIDENTIAL ELECTION・1 DAY AGO
WashingtonExaminer

Former President Donald Trump attacked a retiring House Republican on Friday and touted his endorsement of a primary rival in the district as the cause.
POTUS・1 DAY AGO

The announcement came exactly as you might expect of a former star for the Ohio State Buckeyes: white text on a scarlet background, Rep. Anthony Gonzalez’s name on a gray background at the top. Its message was also one that would be familiar to Buckeye fans, given that it amounted to an unexpected loss.
POTUS・1 DAY AGO
WashingtonExaminer

House Speaker Nancy Pelosi lashed out at Facebook during remarks in London on Friday, accusing the social media company of enabling the Jan. 6 riot at the Capitol by failing to police extremist and conspiratorial content on its site.
INTERNET・1 DAY AGO
AFP

Sparse attendance at rally in support of US Capitol rioters

A few hundred protesters turned up Saturday in Washington to rally in support of the pro-Trump rioters who ransacked the US Capitol on January 6, but they were outnumbered by a robust security presence and journalists. Police who were caught on the back foot by the deadly riot on Capitol Hill took no chances this time: they used a security fence around the Capitol complex, police in riot gear and rows of armored trucks to keep the peace. Organizers of the "Justice for J6" rally -- who said they wanted to draw attention to those held over the riot who did not commit violent offenses -- had received a permit for 700 people to gather near the Capitol's reflecting pool, but far fewer showed up. Chants of "Let them go!" rose from the demonstrators as speakers took to the podium to decry what they called President Joe Biden's administration detention of "political prisoners."
PROTESTS・5 HOURS AGO
WashingtonExaminer

Republicans and former President Donald Trump will be nowhere near a rally planned for Saturday at the Capitol building by those who sympathize with the hundreds of Jan. 6 rioters charged and, in some cases, held in extended custody for trespassing and other offenses.
PROTESTS・19 HOURS AGO
New York Post

Ivanka Trump repeatedly implored her father, then-President Donald Trump, to disavow his claims that voter fraud cost him the 2020 election as he watched news coverage of the deadly Jan. 6 riot at the US Capitol, according to a forthcoming book. Washington Post associate editor Bob Woodward and reporter Robert...
PRESIDENTIAL ELECTION・3 DAYS AGO
Newsweek

Previously, the senator reportedly told Trump he had been "written off as dead" because of the U.S. Capitol riot.
POTUS・2 DAYS AGO
The Guardian

The US secretary of state, Antony Blinken, fought back laughter on Capitol Hill on Tuesday as the Republican senator James Risch relentlessly questioned him about a rumor that someone on the White House staff “pushes the button and cuts [Joe Biden] off mid-sentence” with a wireless device. “Somebody in the...
CONGRESS & COURTS・2 DAYS AGO