Tom Cruise and Nicole Kidman’s daughter, Bella shared a lovely selfie of herself watching the Euro 2020 game between England and Denmark, and she looked pretty in the rare snap.

Nicole Kidman and Tom Cruise were some of Hollywood’s most iconic couples and successful actors. The duo is no stranger to the spotlight, having spent decades as A-list actors with awards to show for their talent.

While they thrive in the spotlight, their 28-year-old daughter, Bella, prefers to live rather quietly than other celebrity kids. Recently, Bella made a rare appearance on her Instagram, and it was well cherished by her fans. 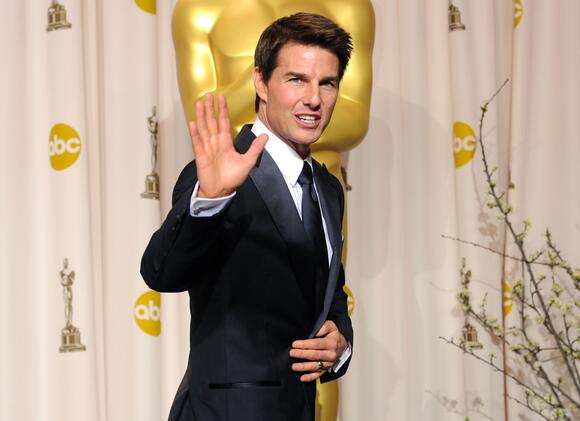 The tight EURO 2020 soccer game between England and Denmark at the Wembley stadium was all it took for fans to get a glimpse of Bella, who rarely makes social media appearances.

The 28-year-old shared lovely black and white selfies on her Instagram Stories of her watching the game, looking wide-eyed as it proceeded into extra time. She captioned the picture:

In the image, Bella's expression showed that she was feeling the tension of the night as both teams put in their all for a spot in the finals against world giant Italy. The excitement from England’s triumph must have prompted Bella’s rare appearance.

Bella and millions of soccer fans would be looking forward to Sunday’s finals in Wembley and hope for a stronger performance from the Three Lions as they look to clinch their first trophy in more than five decades.

Bella frequently shares pictures of her artwork on her Instagram but prefers to keep her face and personal life away from the cameras. The 28-year-old artist lives in London with her husband, Max Parker.

Earlier this year, she shared a lovely selfie of her rocking a beanie, a scarf, and a coat. Her pictures seldom appear, so fans flock to each post with excitement and sweet comments.

Last year, the Kidman-Cruise girl shared a sweet selfie of her in front of a mirror wearing a black newsboy cap with a glitter Instagram filter. In 2018, Bella launched her own clothing line and frequently uses her social media to showcase her wear.

Her request for privacy has been honored by her parents, Kidman and Cruise, who divorced in 2001. She made headlines in 2015 following her marriage to Parker.

Bella is the oldest of the two children, shared by Kidman and Cruise. She and her brother, Connor Cruise, were adopted by the famous movie stars during their short union.

She also affirmed her commitment to her children, stating that she would give up her life 150% for her children because that’s what her purpose is. Kidman has previously confirmed that her oldest children practice Scientology just like their dad, Cruise.

She noted that the duo had the right to make their choices in regards to their faith, and she confirmed that despite their choice, they have her love and backing as their mom.

The “Undoing” actress and Keith Urban are some of the most successful stars in Hollywood and are also a cute couple. Aside from their thriving careers, the duo enjoys being the parents of their children, Faith and Sunday.

The couple tied the knot in 2006 and welcomed their two girls a few years after that. While Kidman doesn’t share details of her relationship with her older kids, she is open about raising her younger girls.

In an interview, Kidman confessed that her little girls know how to tell her the hardest of truths and know how to keep her and Urban on their toes.

According to reports, Kidman already has her heart on seeing her daughters become Hollywood stars themselves and is giving them some home lessons.

The kids are also excited to be like their mom. Kidman’s younger girls are already preparing for a life in stardom and are learning to be comfortable in front of the camera.

The duo made a sweet appearance during the 2021 Golden Globes in February 2021, as their mom was nominated in the category for best actress in a limited series or TV.

The Son Of Nicole Kidman And Tom Cruise Is Hardly Recognizable

Connor Cruise (26), the son of Hollywood stars Nicole Kidman (53) and Tom Cruise (58), usually stays away from the public. But he has now shared a rare snapshot of himself on Instagram. The photo shows the 26-year-old laughing on a boat off Costa Rica, holding a large fish in front of him. He wears sunglasses and a full beard.
MUSIC・5 DAYS AGO
HuffingtonPost

Nicole Kidman revealed the very romantic New York City moment that got her swooning over Keith Urban many moons ago. The “Nine Perfect Strangers” star, appearing virtually on “The Tonight Show” with Jimmy Fallon on Tuesday, was asked to tell the story of how her country music star husband first swept her off her feet. (Watch the interview above.)
CELEBRITIES・4 DAYS AGO
DesignerzCentral

Nicole Kidman, allegedly, left Hong Kong on a whim after learning that her husband, Keith Urban is in mourning. According to New Idea, Urban is heartbroken over the death of his staff, Randy “Baja” Fletcher. His longtime tour manager passed away after taking a nasty fall off the stage while setting up for Urban’s tour. He was 72.
MUSIC・12 DAYS AGO
purewow.com

What Is Nicole Kidman’s Net Worth? Here’s How She Built Her Massive Fortune

It’s easy to see why Nicole Kidman is one of the most sought after actors in Hollywood. Not only did she totally rule the ‘90s (see: Batman Forever, Eyes Wide Shut), but she also went on to headline dozens of box office hits, proving that her acting range knows no bounds. Not to mention her lengthy list of accolades, including two Emmys, five Golden Globe Awards and an Academy Award.
CELEBRITIES・12 DAYS AGO

Nicole Kidman is a skilled gambler. The 'Nine Perfect Strangers' actress has been spending time in Las Vegas with her husband Keith Urban ahead of the 53-year-old country star's Caesars Palace residency reopening and though the 'Wild Hearts' singer stays away from the slot machines, he admitted his wife knows her way around the casino floor.
CELEBRITIES・9 DAYS AGO
Hello Magazine

Kate Hudson shares her day-to-day adventures with her followers on Instagram but on Tuesday she let them in on a little secret – her daughter Rani's incredible bedroom. The star posted a gorgeous snap showing her looking glamorous in a brown dress and wearing sunglasses whilst carrying her two-year-old daughter, who looks adorable in a star-printed dress.
CELEBRITIES・4 DAYS AGO
995qyk.com

Nashville got one of those rare Nicole Kidman citings when she joined her husband Keith Urban on stage at the Loretta Lynn benefit concert at Nashville’s Grand Ole Opry Monday night (9/13) to the delight of fans. Just before he performed his last song, Keith took the guitar off his...
CELEBRITIES・11 DAYS AGO
Wide Open Country

If there is one thing I can say about Australian actress Nicole Kidman and her husband Keith Urban, it is that they are truly an adorable couple. Throughout their marriage, they have gushed about one another, saying they are truly soulmates and are meant to be together on this earth. So when I came across this video, I immediately melted. My heart grew three times bigger.
WAVERLY, TN・9 DAYS AGO

Nicole Kidman’s Kids: Everything To Know About Her 4 Children With Tom Cruise & Keith Urban

Between her two marriages, Nicole Kidman has four gorgeous children. Find out more about the son and daughter she adopted with Tom Cruise, and her two daughters with Keith Urban. Nicole Kidman has certainly had an envious film career. The 54-year-old actress has starred in a number of movies, making...
CELEBRITIES・3 DAYS AGO
610 Sports Radio

Nicole Kidman gets candid about her former marriage to Tom Cruise

Nicole Kidman is revealing personal details about her relationship with Tom Cruise. Kidman, who was married to Cruise from 1990 to 2001, opened up on how her marriage taught her a vital lesson about love in Hollywood. In the cover story of Harper Bazaar's October issue, the 54-year-old Oscar winner...
CELEBRITIES・4 DAYS AGO
E! News

Watch: Tom Cruise & Nicole Kidman's Son Connor's Rare IG Post. It's been 20 years since Nicole Kidman and Tom Cruise divorced, but the fascination over the former pair lingers on. It was in February 2001 that the couple's rep announced their "amicable separation" after 10 years of marriage. As...
CELEBRITIES・6 DAYS AGO
Birmingham Star

Nicole Kidman opens up about divorce from Tom Cruise

Washington [US], September 21 (ANI): Hollywood star Nicole Kidman recently gave some brief insight into her marriage and subsequent divorce from actor Tom Cruise. Though typically both are shy about commenting on the end of their marriage, however, according to Fox News, speaking to a fashion magazine for its upcoming October issue, Kidman was willing to discuss the immense media scrutiny their relationship invited in the 1990s.
CELEBRITIES・5 DAYS AGO

Nicole Kidman talks divorce with Tom Cruise, media scrutiny: 'I offered it up'

Nicole Kidman gave some brief insight into her marriage and subsequent divorce from Tom Cruise. Kidman and Cruise got together after meeting on the set of "Days of Thunder." The actors married just six months after the movie came out in 1990 and remained together for more than a decade before finally splitting in 2001.
CELEBRITIES・6 DAYS AGO
ETOnline.com

Nicole Kidman and Jimmy Fallon's streak of awkward interviews continues. The 54-year-old actress appeared on Tuesday's episode of The Tonight Show Starring Jimmy Fallon, and she and the late-night host had a hard time keeping a straight face. The awkwardness stems from a 2015 interview, during which Kidman told Fallon...
MUSIC・4 DAYS AGO
Outsider.com

She was married to her Days of Thunder co-star Tom Cruise from 1990 to 2001, and now, Big Little Liars star Nicole Kidman is reflecting on the relationship 20 years after the split. During her recent interview with Harper’s Bazaar, Nicole Kidman revealed her thoughts about the press being so...
CELEBRITIES・5 DAYS AGO
Insider

In HBO’s series, Big Little Lies, Nicole Kidman played a woman embroiled in a physically and emotionally abusive relationship. Filming the show’s violent scenes often left bruises on the Emmy award-winning actress. In an interview with Harper’s Bazaar, Kidman explained how those marks affected her and her family. In her...
CELEBRITIES・5 DAYS AGO
ETOnline.com

Nicole Kidman has no regrets about not being guarded during her marriage to Tom Cruise. The 54-year-old actress covers Harper's Bazaar's October issue and is asked about the press focusing so heavily on their marriage. Kidman and 59-year-old Cruise met shortly before filming Days of Thunder together and married on Christmas Eve in 1990. They adopted two children together, 28-year-old Isabella and 26-year-old Connor, but got divorced in 2001 after 11 years of marriage.
CELEBRITIES・5 DAYS AGO
E! News

Watch: Tom Cruise & Nicole Kidman's Son Connor's Rare IG Post. Connor Cruise is giving his followers another rare glimpse into his personal life. While the son of Nicole Kidman and Tom Cruise doesn't post on social media often, he recently made an exception during a night out with friends in Italy. In a photo posted to his Instagram Story on Sept. 22, Connor can be seen smiling alongside his pals while enjoying a meal in Milan.
CELEBRITIES・3 DAYS AGO
The Independent

Nicole Kidman opened up about the media scrutiny she and Tom Cruise received when they were married in the 1990s. Speaking to Harper’s Bazaar, the 54-year-old said she has been able to remain open to love despite the challenges of being a celebrity. “I was young. I think I offered...
CELEBRITIES・5 DAYS AGO