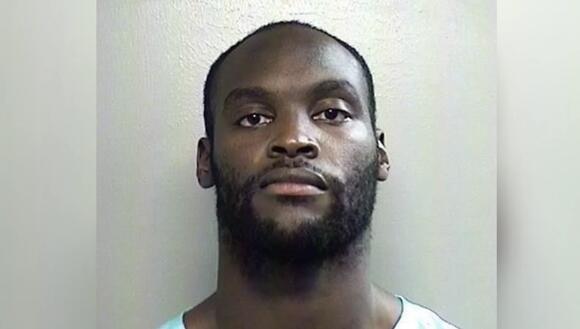 Barkevious Mingo, the former Houston Texans linebacker who signed with the Atlanta Falcons this offseason, was arrested in Texas this week on a charge of indecency with a child and sexual contact, according to Arlington Police Department records.

Mingo was arrested Thursday on the second-degree felony charge, which carries a maximum penalty of 20 years in prison under Texas state law, and according to the state penal code, relates to engaging in sexual contact with someone under the age of 17.

According to records in Tarrant County, Mingo was released on $25,000 bond on Friday.

"Our organization became aware of the allegations involving Barkevious Mingo today and are currently gathering information on this incident," the Falcons said in a statement released to the media on Saturday. "The Falcons take the allegations very seriously and will continue to monitor the situation."

Mingo, 30, signed a one-year contract with the Falcons in March. The 2013 NFL Draft first-round pick out of LSU started with the Cleveland Browns but after that has played for an assortment of NFL teams. He won a Super Bowl ring with the New England Patriots in 2016 and played a full season with the Texans in 2019 as a reserve on the team, starting in August of that year when the Seattle Seahawks traded him to Houston as part of the deal that sent Jadeveon Clowney to Seattle.

Mingo has been employed by five different clubs in the last five seasons.

Got to keep it in your pants, not engaging where you're having sex with an under age female, not SMART

310 shares Share this on Twitter Share this on Facebook Flip into Flipboard Share this on Reddit Share via Email. The San Francisco 49ers will attempt to avenge their 2020 home loss to the Philadelphia Eagles when they head to the city of brotherly love for Week 2. Here we discuss the odds and analysis from a betting perspective.
NFL・2 DAYS AGO

Can the Tampa Bay Buccaneers win back-to-back Super Bowls? Find out how the 2021 schedule sets up nicely for Tom Brady and Co. to make another title run.
NFL・17 HOURS AGO
Larry Brown Sports

This is why teams are not interested in Cam Newton

Much has been made of Cam Newton’s release by the New England Patriots, and the lack of interest from other teams in light of that. In reality, it sounds like the biggest factor is simply that Newton isn’t the player he once was in the eyes of NFL teams. According...
NFL・11 DAYS AGO
ClutchPoints

The Green Bay Packers were embarrassed by the New Orleans Saints in Week 1 in their 38-3 defeat. New Orleans dominated every phase of the game and it sent a shockwave through Wisconsin. Matt LaFleur’s squad will need a big bounce back when they host the Detroit Lions on Monday...
NFL・3 DAYS AGO
WILX-TV

-ENGLEWOOD, Colo. (AP) - A person familiar with the deal says the Denver Broncos have traded speedy wide receiver Trinity Benson to the Detroit Lions in exchange for fifth- and seventh-round picks in the 2022 draft. The Lions also received a sixth-round pick in 2023 from the Broncos. Benson was a longshot from East Central University in Ada, Oklahoma, who spent the last two years on Denver’s practice squad.
NFL・16 DAYS AGO

There's a new quarterback in town. Is there a new backup for Dak Prescott?. According to our sources, the Dallas Cowboys have claimed former Carolina Panthers quarterback Will Grier off waivers. The move comes after the team parted ways with Ben DiNucci and Garrett Gilbert as part of Tuesday's roster...
NFL・16 DAYS AGO
The Spun

A notable wide receiver is officially on the open market this Tuesday. In a surprising turn of events, the Las Vegas Raiders have released John Brown. According to NFL Network insider Tom Pelissero, the Raiders actually released Brown because that was his request. It’s unclear what went on behind the scenes in Las Vegas.
NFL・16 DAYS AGO
Popculture

A two-time Super Bowl champion is calling it a career. On Tuesday, the Arizona Cardinals placed defensive back Malcolm Butler on the reserve/retired list after signing with the team this year. Butler has missed practice all week as he's been dealing with a personal issue, leading to him contemplate retirement. However, it's possible Butler could return to the team if he wants.
NFL・15 DAYS AGO
nfldraftdiamonds.com

Kevin Faulk is currently the running backs coach at LSU, but the former legendary running back is mourning the death of his baby girl this morning. According to multiple reports, his 19 year old daughter Kevin and a student at LSU tragically passed away this week. LSU made a statement...
NFL・2 DAYS AGO

Arizona Cardinals pass rusher Chandler Jones was sensational in Week 1, registering five sacks in a dominant win over the Tennessee Titans. Jones, who is seeking a new contract, was arguably the best player on the field for the Cardinals this Sunday. The only other player who has an argument for that distinction is Kyler Murray, who had 289 passing yards, 20 rushing yards and five total touchdowns.
NFL・1 DAY AGO
On3.com

The Dallas Cowboys have signed two players ahead of Sunday’s matchup against The Los Angeles Chargers, according to Michael Gehlken. The Cowboys signed kicker Lirim Hajrullahu and wide receiver Robert Foster to the practice squad. They will be replacing safety Darian Thompson and cornerback Deante Burton. Both are expected to miss some time with hamstring injuries.
NFL・2 DAYS AGO
The Spun

The Carolina Panthers agreed to a trade with the Las Vegas Raiders on Wednesday night that will send a veteran linebacker across the country just a few weeks before the start of the regular season. The Panthers announced that they sent linebacker Denzel Perryman and a 2022 seventh-round draft pick...
NFL・22 DAYS AGO
ClutchPoints

The Indianapolis Colts have been scrambling and hoping that Carson Wentz could return in time for their regular-season opener after he underwent surgery. Well, according to Zak Keefer of The Athletic, Wentz is slated to participate in practices this week, starting on Monday. This is a huge development for the...
NFL・25 DAYS AGO

NFL star Derrick Henry is well on his way towards building a Hall of Fame resume, but Tennessee Titans fans shouldn’t expect him to put up eye-popping numbers any time soon. Every game has different matchups and every season the Tennessee Titans play different opponents in September, but Derrick Henry’s lackluster performances are a constant. In no way does that mean that he isn’t a good running back, but it is a pattern.
NFL・1 DAY AGO
The Spun

One Alabama football player could be in for a rough afternoon following his comment about head coach Nick Saban at today’s press conference. Reporters asked safety Jordan Battle about his favorite sayings from the head coach. Unfortunately, the young player brought up a somewhat inappropriate series of jokes the head coach allegedly likes to tell.
ALABAMA STATE・2 DAYS AGO
ClutchPoints

3 teams with the best chance to overtake Chiefs as team to beat in 2021 AFC, ranked

Coming off three straight trips to the AFC Championship Game to go along with a Super Bowl title and back-to-back Super Bowl appearances, the Kansas City Chiefs will look to build on this success during the 2021 NFL season. Hoping to make it to the Super Bowl for a third...
NFL・17 DAYS AGO
On3.com

The Green Bay Packers are trying out tight end Josh Pederson, ESPN’s Field Yates reported on Sunday, the son of former Philadelphia Eagles head coach Doug Pederson. Pederson’s father, Doug, served as the Eagles’ head coach until 2020, after stints as a coordinator or assistant with the Kansas City Chiefs and again with the Eagles. He won Super Bowl LII as the Eagles’ head coach, the franchise’s first Super Bowl victory. Before Pederson went into coaching, in his 13-year-long NFL career, he served as a backup quarterback on a number of NFL teams, including the Green Bay Packers. He had two stints with Green Bay: one from 1995-1998, and one from 2001-2004. While with the Packers, Pederson was a part of the team that won Super Bowl XXXI — and he spent many years as the backup quarterback to Packers legend Brett Farve.
NFL・18 DAYS AGO