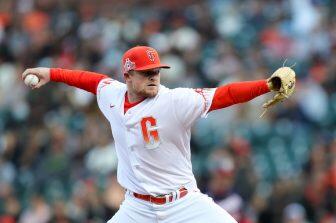 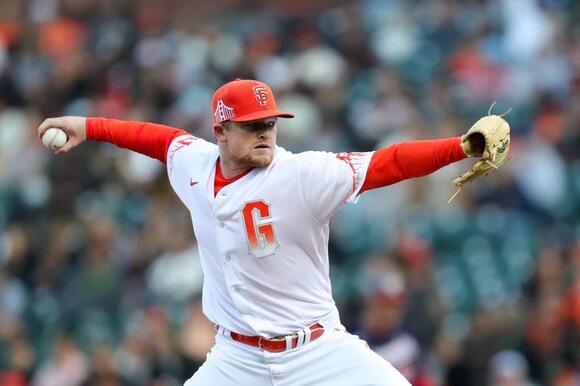 In a corresponding move, the Giants optioned right-hander Logan Webb to Sacramento. 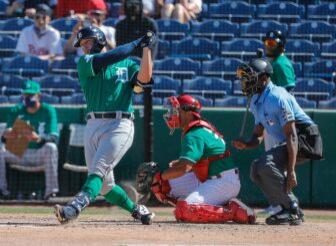 Bart, 24, will give the Giants some additional catching depth with Buster Posey currently on the injured list with a left thumb contusion. The second overall pick of the 2018 MLB Draft out of Georgia Tech, Bart will start at catcher and hit seventh Saturday afternoon against the Nationals.

Bart went 0-for-1 in an 8-6, seven-inning loss at the Colorado Rockies in his season debut on May 4. In 34 games with the Giants, Bart is a career .231 hitter with no home runs and seven RBIs.

Related: If you’re a fan of the Giants, check out #SFGiants rumors, rankings, and news here .

Giants -1.5 Total: 10.5 Over (-106) | Under (-114) San Francisco Giants vs. Chicago Cubs Prediction and Picks. Expect a higher-scoring affair with the wind forecast to blow out toward center field at 13 MPH at game time.
MLB・14 DAYS AGO
vavel.com

The San Francisco Giants (93-50) host the San Diego Padres (74-68) Monday for the start of their four-game series at Oracle Park with the first pitch scheduled for 9:45 p.m. ET. Let's analyze the lines around the Padres vs. Giants odds with MLB picks and predictions. Season series: Giants lead...
MLB・12 DAYS AGO
FanSided

Wilmer Flores went 3-for-3 with a home run and three RBIs Sunday afternoon, and the San Francisco Giants held on
MLB・13 DAYS AGO
Sportsnaut

The San Francisco Giants won their ninth consecutive game Tuesday night, riding a home run from Buster Posey and a
MLB・11 DAYS AGO

The San Francisco Giants don’t just have the best record in the best division, or find themselves at the top of the National League. They have the most Wins of any team in all of baseball this season, despite having the t-24th worst preseason odds entering the season. They’ve been the most surprising story in the game this year and continue to come through with unexpected wins thanks to a variety of players, not just one or two superstars.
MLB・8 DAYS AGO
FOX Sports

The MLB postseason is beginning to take shape. With the exception of the NL East, most of the divisions appear well on their way to being wrapped up, but the wild-card races are as intense as ever coming down the stretch. Let’s take a look at the updated power rankings....
MLB・5 DAYS AGO
Mercury News

The Giants’ offense was shut out for the first time since the Braves beat San Francisco 9-0 in a series finale at Truist Park on August 29. Braves lefty Max Fried became the fourth starter to throw at least seven shutout innings at Oracle Park against the Giants this season as he joined Dodgers righty Walker Buehler, A’s lefty Cole Irvin and Cardinals lefty Kwang-Hyun Kim.
SAN FRANCISCO, CA・6 DAYS AGO
FanSided

Scott Kazmir getting another look with San Francisco Giants

Scott Kazmir had already been one of the better stories of the 2021 season. He had not appeared in the majors since 2016, but still found his way to the San Francisco Giants in May. While that stint did not go as well as hoped, he was a part of the U.S. Olypmic team’s silver medal performance and had been posting solid numbers in Triple-A.
MLB・3 DAYS AGO

This very website projected even worse. "I think it's notable that all of our players and our staff and our organization were aware of the projections and the expectations at the beginning of the season," says Giants manager Gabe Kapler. "I think those projections and expectations can provide a lot of motivation, especially with veteran players who believe in themselves.
MLB・3 DAYS AGO
Sportsnaut

WATCH: Giants get off to fast start in victory over Padres

As the 2021 season draws to a close, baseball fans and teams are excited for the exciting crop of MLB
NFL・1 DAY AGO

Mike Yastrzemski hit a three-run homer, one of four long balls by San Francisco, to help the NL West-leading Giants beat the Colorado Rockies 7-2 Friday night and become the season's first 100-win team. 154 games is the fastest the Giants have reached 100 wins in the live-ball era (since...
MLB・1 DAY AGO
Sportsnaut

The curious case of Cody Bellinger continues. A beleaguered Bellinger has yet to find any offensive traction as the Dodgers season hurtles towards October. It’s a hot topic for Dodgers fans right now and for good reason. It’s rare to see a player, two years removed from winning the MVP, look this bad at the plate.
MLB・16 DAYS AGO