By Andrew Buller-Russ
Sportsnaut
16 days ago 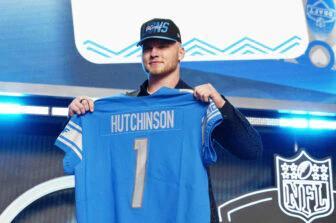 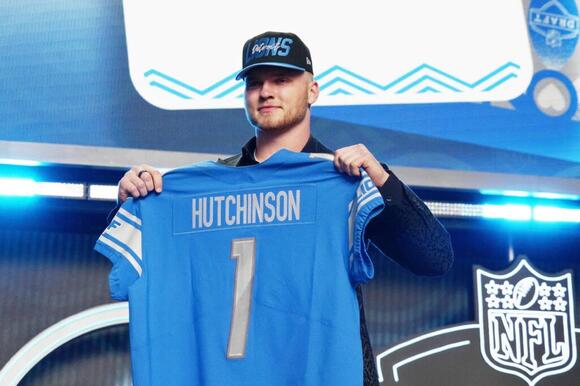 The 2022-23 NFL Rookie of the Year candidates are all over the place at this stage of the year. Until we can see them on the field in their new NFL systems, it’s a crapshoot. Still, we’re highlighting some of the most-likely contestants with the information we have so far.

Let’s dive into some of the top candidates to win the 2022-23 NFL Rookie of the Year award.

Related: The Most Expensive Rookie Cards Ever – Includes NFL, NBA, MLB, and NHL

Honorable Mentions for NFL Rookie of the Year

One of the top players on draft boards across the nation, Kyle Hamilton has long been on the NFL radar. They say this 6-foot-4 safety can do it all. The only reason why he may have slipped a bit may be because he plays safety, not exactly a premier position teams build their rosters around. Still, Hamilton can compile all the stats needed to win Defensive Rookie of the Year and he’s an obvious Week 1 starter with the Baltimore Ravens.

Yeah, Breece Hall, though he’s set to split duties with Michael Carter II, has the potential to overtake him even as a rookie. The New York Jets will give him chances to tote the rock 15 times per game while getting a few more touches out of the backfield catching the ball. He’s a home-run threat and a strong OROY candidate.

Several wide receivers could vie for this spot here. The popular pick may be Drake London since he’s the No. 8 overall pick as the top wideout taken in the draft, but who’s throwing him the ball? Plus Kyle Pitts figures to take a good portion of his target share. That won’t be the case in Tennessee with Treylon Burks having a strong chance to step in as the immediate top receiver for Ryan Tannehill despite a run-heavy approach.

We can’t keep Ahmad Gardner off the list entirely. He has too much length, too much athleticism, and way too much sauce. He’s a willing tackler which could lead to some fumbles and other spicy highlights. Not even afraid to say it, I’m excited to see Gardner hit the field with the New York Jets, playing a key role in Robert Saleh’s defense now that they’ve added some pieces through the draft.

An argument could place Ahmad Gardner ahead of Derek Stingley Jr. and that’s fair too, we’re going with the LSU star based on ball skills. Everyone loves interceptions and he figures to get plenty of opportunities as quarterbacks test the new rookie on the block as he takes over as the new CB1 on the Houston Texans. 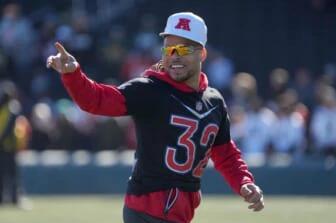 A fifth-year senior, Kenny Pickett is among the most draft-ready quarterbacks in this class. Now that the Pittsburgh Steelers made him the No. 20 pick, chances are he sees early playing time. He may not burst onto the scene, none of the quarterbacks last year did and they were rated much higher, but at the end of the day, he’s a QB, and they always are ROTY contenders with some decent play. It’s all about whether he can beat out Mitch Trubisky , to which coach Mike Tomlin said Pickett will get every chance to compete .

After being the top overall selection in the 2022 NFL Draft, Travon Walker will be put in a position to crush quarterbacks from the get-go. Having Josh Allen help take attention away should help Walker get off to a better start than most. Walker’s athleticism could lead to some gaudy all-around numbers as a rook.

Don’t believe the naysayers about Kayvon Thibodeaux . The New York Giants were thrilled to make him their top choice at No. 5 and will put him on the field right away. A year ago he was spoken of as the top overall pick, now is his chance to show why he should’ve been the top choice . As a pass-rusher who can collect sacks, there’s no reason why he can’t be a top contestant.

Receivers that land in the best spots always have a great chance to win Offensive Rookie of the Year. Garrett Wilson may be among the luckiest first-round receivers based on where he landed. As we’ve seen from the early breakouts from Justin Jefferson and Ja’Marr Chase, it no longer takes elite receivers a year to adjust to the NFL game, they’re ready from the jump. Wilson, with his electric speed, can have several long touchdowns that help him rack up yardage, plus pairing with Zach Wilson should allow for an immediate impact.

There’s a reason why Aidan Hutchinson was regarded as the potential top overall pick in the 2022 NFL Draft. Pro-ready, effective against the run, while getting after quarterbacks, now that he’s landed with his hometown Detroit Lions, there’s no reason why Hutchinson can’t make an instant impact, giving him as strong a chance as any to win Defensive Rookie of the Year.

Revisiting the 2021 NFL Rookie of the Year

The quarterbacks from the 2021 NFL Draft class didn’t quite live up to their lofty expectations, but there were still several outstanding performances. Ja’Marr Chase picked up where he left off with Joe Burrow , winning Offensive Rookie of the Year , helping the Cincinnati Bengals reach the Super Bowl for the first time in 33 years.

On defense, Micah Parsons became an instant star from the very beginning. Playing in the very first game of the year, Parsons burst onto the scene with seven tackles, a QB hit and a pass deflection, never looking back.

Who will emerge as the early ROTY candidates during the 2022-23 NFL season?

A grand jury indicted former Georgia linebacker Adam Anderson on Tuesday and charged him with rape. Anderson will be arraigned
NFL・27 DAYS AGO
Sportsnaut

The NFL scouting combine will remain in Indianapolis through at least 2024. The NFL made the announcement on Tuesday during
INDIANAPOLIS, IN・3 HOURS AGO

The Arizona Cardinals have agreed to a contract with free agent running back Darrel Williams, the Schultz Report reported Tuesday.
KANSAS CITY, MO・41 MINUTES AGO
Sportsnaut

The Indianapolis Colts signed free agent running back Ty’Son Williams on Tuesday, two weeks after the Baltimore Ravens withdrew their
INDIANAPOLIS, IN・3 HOURS AGO

Seven-time Pro Bowl center Alex Mack still has not made it clear to the San Francisco 49ers if he plans
SAN FRANCISCO, CA・5 HOURS AGO
Sportsnaut

Alabama picked up a four-star quarterback out of enemy territory on Tuesday. Eli Holstein, from Zachary, La., and rated the
BATON ROUGE, LA・3 HOURS AGO