Your Healthy Family: Adeline Gray is ready to take on the world 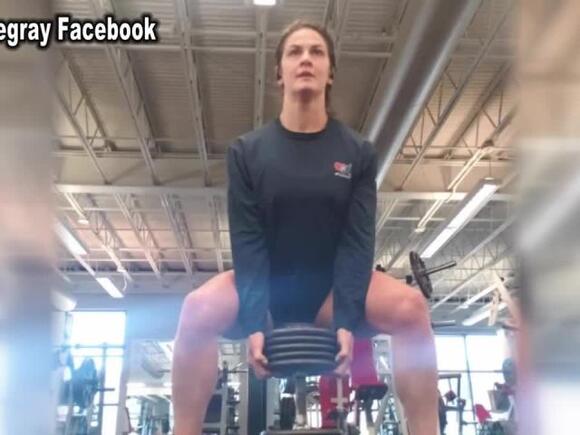 Adeline Gray has traveled a long journey in wrestling, and heading into Tokyo she has her sights set on an Olympic gold medal. A dream she has built on hard work, dedication, success, perseverance and a large support team around her.

Adeline says, “I would not be wrestling right now if it wasn’t for this amazing group of women that are on my team. I'm gearing up for the 2020 Tokyo Olympics. I will wrestle on August 1st and 2nd. I am a five-time World Champion and now a two-time Olympian. I'm ranked number one going into this event so there are a lot of expectations.”

Adeline is a Colorado girl through and through. “I started wrestling when I was 6 years old in youth wrestling in Denver. My dad was one of my wrestling coaches and so was my uncle. I went to Bear Creek High School and UCCS and graduated from DeVry and Keller Graduate Program, in the online program at the Olympic Training Center. I have lived in and grown up in this city and that brings me a lot of pride. I am proud to be an athlete in Olympic City, and I am proud that I have a community that is willing to support me.”

Adeline's had an amazing career, and this world champion says she is looking to cap things off by becoming an Olympic medalist. “I have had a long career and I think a part of that is the community I have been able to find to support me. An Olympic medal would be awesome, my world championships, my Pan Am games wins, my world cups, in all of those things I have won gold. The Olympics only come around every four years, five years now for this pandemic year, and so it’s challenging qualifying for those teams to have the timing and your body show up on that one day and so I’ve only had one other shot at an Olympic medal. In 2016, unfortunately, I had an injury going into those Olympics, and ended up with seventh place. I had one loss and unfortunately, it happened at the Olympic Games.”

Dr. Kristen Kells has had a front seat to Adeline’s journey as the wellness advisor for USA wrestling since 2009. Dr. Kells’ was the team chiropractor for USA Wrestling at the London games in 2012, and Rio in 2016. Dr. Kells says, “I love working with the wrestlers so much because they have taught me and I have taught them. They are special to me, they are my family outside of my family. It's been awesome. I’ve worked with the men and the women, but I am a huge advocate obviously for women in sport. When you look at an athlete like Adeline Gray, I’m so proud of her because of her journey. When we first met she was a teenager, and she would pepper me with questions. This is a person who is taking her health into her own hands and has become a world-class athlete for many years, 12 years that’s longevity.”

In our next story Adeline talks about the 2020 games being delayed, what it cost her and her husband personally, and how she used the extra year with the help of so many around her to get ready for the moment - that is now almost here.

Dr. Kells’ Weight Loss is a proud Sponsor of Your Healthy Family

Teammates and coaches are mourning the loss of a former collegiate tennis star who died suddenly at the age of 31 over the weekend. Former University of Georgia standout Lilly Kimbell reportedly died on Sunday, according to her family. Kimbell's family says that she had been experiencing kidney issues that led to a heart attack. CPR was performed at her home and she was transported to the hospital, but her family tragically were forced to make the decision to take her off of life support.
ATHENS, GA・7 HOURS AGO