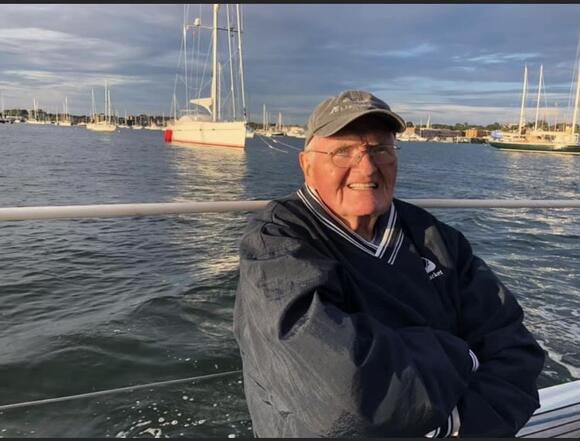 Edward Anthony Connolly passed away on Saturday, July 3, 2021 at The Miriam Hospital in Providence. A native Newporter born on August 8, 1940 at Newport Hospital, Ed was the son of the late Deputy Police Chief John P. and Alice Dwyer Connolly.

Ed grew up on Bateman Avenue in Newport’s Fifth Ward and was a graduate of St. Augustin Elementary School, class of 1954, and De La Salle Academy, class of 1958. Following his graduation from De La Salle, Ed entered Saint Mary’s Seminary in Baltimore, where he studied philosophy and theology. He was ordained as a Catholic priest and served at the Cathedral of Saints Peter and Paul in Providence, where he lived and worked with Bishop Russell J. McVinney. While at the Cathedral, Ed ministered to the community of South Providence, including within Providence’s Catholic Schools and at Rhode Island Hospital. He often accompanied the Providence Police on late night calls to respond to tragedies, minister to victims and assist with conflict resolution. A life-long supporter of social justice, Ed volunteered countless hours with fellow clergy and religious who worked to change social policy and provide services to improve the lives of Rhode Islanders in poverty.

Following his time in the priesthood, Ed married his wife of 47 years, Gertrude T. Connolly, and earned master’s degrees in special education from Rhode Island College and in school counseling from Providence College. He began a new career at Warren High School, where he taught behaviorally-challenged students. Several times a week he would return to the East Bay at night to teach adults with developmental disabilities. Ed loved his students, often hosting parties at the schools and organizing field trips. Later in his career Ed became a guidance counselor in the newly-formed Bristol-Warren School District, and worked with Bill Eyman to develop Play Fair, an early anti-bullying curriculum that was implemented in Bristol-Warren elementary schools. The curriculum taught communication, cooperation, affirmation, and peer helping, and included non-competitive games to help kids feel connected to each other, despite their varied backgrounds and experiences.

A long-time member of the Newport Yacht Club and avid sailor, Ed spent every day possible on the water in his boat, the Vatican III. He was a licensed U.S. Merchant Marine Officer, and enjoyed sharing his love of the water with others. After retirement he was a tour guide for Viking Tours, where he introduced tourists to Newport and its harbor. In addition to sailing, Ed often spent weekends at his property on Cranston Avenue in Newport. He was a member of the Newport Historical Society; Redwood Library and Athenaeum; the Museum of Newport Irish History; the Rhode Island Chapter of the National Education Association; and the Arc. He also enjoyed his participation in the Salve Regina Circle of Scholars Program.

Visiting hours will be held on Friday, July 9, from 3 to 6 p.m. at Costigan-O’Neill Funeral Home, 220 Cottage Street, Pawtucket. A Mass of Christian Burial will be held at St. Joseph’s Church, Broadway, Newport on Saturday, July 10, at 10 a.m., followed by a graveside burial service at St. Columba’s Cemetery, Middletown. Information and directions are available at Costigan-O’Neill Funeral Home. In lieu of flowers, donations may be made to Sail to Prevail in Ed’s memory. Information is available at sailtoprevail.org/support.

Smooth sailing, Ed. You will be greatly missed by your family and friends, and may God hold you in the hollow of his hand.

A local cultural arts organization that empowers individuals through education, workshops and training in order to build a thriving African American community in Newport County is among this year’s recipients of one of the Rhode Island Foundation’s most prestigious awards. Sankofa Community Connection shares the 2021 Community Leadership Award with...
NEWPORT COUNTY, RI・1 DAY AGO
Newport Buzz

The ‘Conjuring House’ in Harrisville, RI has hit the market for $1.2 million. 3 bed, 1.5 bath, 3,109 sq feet, 8.5 acre lot. Every so often an opportunity presents itself to possess an extraordinary piece of cultural history. The true story of ‘The Conjuring’ started in this very house, in...
REAL ESTATE・10 HOURS AGO
Newport Buzz

The Great New England Hurricane of 1938 was one of the most destructive and powerful storms ever to strike Southern New England killing 600 people. This system developed in the far eastern Atlantic, near the Cape Verde Islands on September 4. It made a twelve day journey across the Atlantic and up the Eastern Seaboard before crashing ashore on September 21 at Suffolk County, Long Island, then into Milford, Connecticut and Newport, Rhode Island. The eye of the hurricane was observed in New Haven, Connecticut, 10 miles east of Milford. The center made landfall at the time of astronomical high tide, moving north at 50 mph. Unlike most storms, this hurricane did not weaken on its way toward Southern New England, due to its rapid forward speed and its track. This kept the center of the storm over the warm waters of the Gulf Stream.
NEWPORT, RI・2 DAYS AGO
Newport Buzz

As we sadly mark the 20th anniversary of September 11, the Rogers High School and Newport community remembers Michael E. Gould. Mike was a Newport resident and member of the Rogers High School Class of 1990. Mike played baseball and tennis, and loved to surf and ski. Mike had a great love for his family, and he had many friends who enjoyed his sense of humor, generosity of spirit, and kindness.
TENNIS・13 DAYS AGO