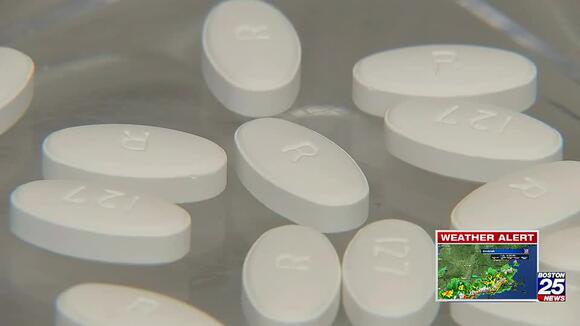 BOSTON — In recent years, infectious disease experts have urged doctors and hospitals to curb antibiotic prescribing in fear of the development of bacterial resistance. But a new study suggests there may be another reason to use these drugs sparingly.

Researchers have found a possible link between early antibiotic use and the development of colorectal cancer in early adulthood. Reports from a virtual meeting of gastrointestinal cancer specialists held last week said that the UK researchers behind this study used Scottish health data to compare 8,000 cases of colorectal cancer with 30,000 healthy ‘control’ subjects.

Data analysis found a 49% increased risk of developing colon cancer in those with a history of antibiotic use before age 50. The researchers note it’s also possible other risk factors previously cited for colorectal cancer, including an unhealthy diet, obesity and alcohol, could also be contributors.

As to why antibiotics might lead to cancer later, one theory is that beneficial, and ultimately protective, bacteria that naturally populate the gut get killed off when antibiotics are used. Those bacteria readily recolonize. But if antibiotic use is frequent, perhaps a window of opportunity develops for cancer cells to grow.

The U.S. government recently recommended lowering the age for colorectal cancer screening to 45 from 50 in response to a growing trend for the disease to show up in younger individuals. In fact, Dana-Farber Cancer Institute in Boston, which has a center devoted to treating younger colorectal cancer patients, predicts that by 2030 colon cancer rates among those 20-34 years of age will increase 90% and rectal cancer rates will soar 124%.

The Institute notes that many large bowel cancers in younger adults are caught in later stages because no one is expecting that cohort to develop cancers traditionally associated with aging.

David Thau was 34 years old when doctors finally found his colon cancer. For years he’d been dealing with symptoms that included stomach aches, rectal bleeding and other, more vague symptoms.

“Even walking up a flight of stairs I’d be doubled-over, really winded,” Thau said. “I saw a cardiologist because I thought maybe it was a heart issue. Everything came back clean.”

But one day, Thau developed stomach pains that would not go away. They even caused him to miss work, something he never did.

“The pain just got so acute that I couldn’t move,” he said.

On the advice of his wife, he saw a doctor, who wound up sending him to a hospital emergency department.

“The CT scan is what found my tumor,” Thau recalled.

After undergoing surgery and 12 rounds of chemotherapy, Thau remains cancer-free 18 months later. Did he take antibiotics as a kid? Of course. But, he said, it was no amount out-of-the-ordinary.

And while he was appreciative of the attention this research brought to the subject of colorectal cancer in younger adults, Thau said it underscores why more research is needed:

“I think this brings more attention to the fact that we just don’t know,” he said.

my genetics give me colon cancer and I've taken antibiotics for times I was sick so do I blame the antibiotics or do I blame the genetics? I've been getting screened since I was 13 and had my entire colon removed so I must get some sort of compensation

New kidney problems linked to 'long COVID'; loss of smell may be followed by other smell distortions

(Reuters) - The following is a summary of some recent studies on COVID-19. They include research that warrants further study to corroborate the findings and that have yet to be certified by peer review. ‘Long COVID’ tied to higher kidney risks. COVID-19 symptoms that persist long after infection, known as...
PUBLIC HEALTH・21 DAYS AGO
Morning Sun

The link between physical activity and cancer

A DOCTOR was given a devastating terminal cancer diagnosis after her symptoms were mistaken for a bladder infection. Dr Nadia Chaudhri, a neuroscientist in Canada, is urging others not to “dismiss their pain” or put off seeing their GP. She herself had assumed her extreme tiredness was just a result...
CANCER・9 DAYS AGO
Futurity

Having family with colorectal cancer boosts your risk

Having second- or third-degree relatives with colorectal cancer increases a person’s risk of developing the disease, according to a new study. Early colonoscopy screening is often recommended for first-degree relatives of someone diagnosed with early-onset—meaning before age 50—colorectal cancer, cases of which have been increasing significantly over the past few decades.
CANCER・10 DAYS AGO

In a new study from the University of Texas, researchers clarified the long-established connection between inflammation and pancreatic cancer development. They found pancreatic cells display an adaptive response to repeated inflammatory episodes that initially protects against tissue damage but can promote tumor formation in the presence of mutant KRAS. The...
CANCER・7 DAYS AGO
Knowridge Science Report

Common bacteria in mouth may cause spread of colon cancer

A diverse array of bacteria live in the human mouth as part of a vital ecosystem known as the oral microbiome. In a recent study published in Science Signaling, researchers found that one of these common bacteria can leave the mouth and potentially cause existing cancer cells in other parts of the body to spread.
CANCER・26 DAYS AGO
Click2Houston.com

Being born to an overweight mother can lead to an increased risk of colorectal cancer in the child’s life, according to new research from UT Health. “Typically we think of this as a cancer that only occurs in older adults but over maybe the last 10 years or so we’ve seen the rates steadily and somewhat alarmingly increase,” said Caitlin Murphy, associate professor at the UTHealth School of Public Health.
CANCER・14 DAYS AGO
beckershospitalreview.com

Patients in France who were newly diagnosed with metastatic colorectal cancer after the country's first COVID-19 lockdown in spring 2020 had a higher tumor burden compared to those who were diagnosed before the lockdown, according to research published Sept. 8 in JAMA Network Open. A total of 80 patients were...
CANCER・14 DAYS AGO

Count Me In, a research initiative that allows cancer patients to share data directly with researchers, launched the Colorectal Cancer Project Sept. 14. The new project aims to accelerate the pace of research by enabling all patients who've ever been diagnosed with colorectal cancer in the U.S. and Canada to easily share tumor samples, medical records and other data directly with researchers.
CAMBRIDGE, MA・10 DAYS AGO
RunnersWorld

Vitamin D has been linked to reducing your risk of colorectal (or colon) cancer, according to new research in the journal Gastroenterology. Foods high in vitamin D include salmon, cheese, fortified dairy products, beef liver, and egg yolks. While simply stocking up on these foods may not be enough to...
CANCER・11 DAYS AGO
targetedonc.com

A gastrointestinal cancers expert describes monitoring strategies for progression of metastatic colorectal cancer. John Marshall, MD: Colon cancer can be tricky to interpret how a patient is doing on their treatment. If all you do is take the report that comes back from radiology and say, “Ah, they say they progressed,” and you don’t look at the scans or the fine print, you’re going to make some mistakes. We teach our fellows and remind ourselves every day to look at the scan and the fine print of the report, because if somebody had a 7-mm lung nodule that is now 9 mm—that is not progression, in my opinion, but the report will say “progression of disease.” If somebody has a bunch of new lesions that are growing significantly, that’s someone for whom you need to change therapy. Pseudoprogression is not something we see that often in metastatic colon cancer, but minor progression or smoldering progression is something we see a lot. Maybe it comes down to just tweaking your maintenance therapy a little or allowing some minor progression to occur. Just stay with what you’re doing if the patient is tolerating it well, and only change therapy if you think that you’re clinically losing ground. This is a good way I like to think about it.
CANCER・11 DAYS AGO
healio.com

Incidence of early-onset colorectal cancer has increased in the United States over the past 2 decades, but trends vary considerably by race and ethnicity, according to study results published in Clinical Gastroenterology and Hepatology. Researchers observed consistent increases in incidence across all younger age groups among white individuals, but smaller...
CANCER・12 DAYS AGO

Diets high in red and processed meats have been linked with colorectal cancer, and a recent study helps explain why. The study, designed by Kana Wu, principal research scientist at Harvard T.H. Chan School of Public Health, found that frequent consumption of red and processed meat is linked with a specific pattern of DNA damage, known as an “alkylating mutational signature,” in colorectal tumors. This “alkylating” damage was caused by specific compounds that are produced in the body after consuming red meat, according to a July 22, 2021, National Cancer Institute article.
CANCER・8 DAYS AGO
targetedonc.com

Dr Marshall discusses the impact regorafenib has had in the treatment of metastatic colorectal cancer and describes data from the COLLECT and ReDOS clinical trials. John Marshall, MD: As oncologists, a lot of us don’t understand the principle that regorafenib, or STIVARGA, brings to the table. We must first remember that we have been trying to find drugs with a survival benefit in metastatic colon cancer for a long time. Regorafenib broke through after many years of not having anything new. We can’t forget that the CORRECT clinical trial is a positive clinical trial. We also must remember what kind of disease we’re treating. If you know about regorafenib, you know it hits 19 different targets, and these targets are signal pathway targets that are commonly abnormal in metastatic colorectal cancer.
CANCER・11 DAYS AGO
Benzinga

Evelyn Reyes, of Randolph, was a young, healthy 33-year-old when she was diagnosed with stage III colorectal cancer. Now she is using her voice to raise awareness within Hispanic and Latinx communities through the national nonprofit Fight Colorectal Cancer. A Dominican American herself, Reyes hopes others will hear her story...
RANDOLPH, MA・7 DAYS AGO
Centre For Infectious Disease Research and Policy

Wide variation in antibiotic use found in US NICUs

A review of US neonatal intensive care units (NICUs) shows wide variability in antibiotic use in newborns, researchers reported yesterday in Infection Control and Hospital Epidemiology. The cross-sectional analysis of 51 US NICUs participating in the Pediatric Health Information System found that, on the day of the study (Oct 25,...
HEALTH・14 DAYS AGO
ScienceBlog.com

A new study in animal models shows that the presence of a cancer tumor alone can lead to cardiac damage, and suggests the culprits are molecules called free radicals interacting with specific cells in the heart. Tumors in mice and fruit flies led to varying degrees of cardiac dysfunction –...
CANCER・14 DAYS AGO
Genetic Engineering News

The relationship between pancreatic cancer and inflammation has long been recognized. There have been many studies carried out to reveal the underlying mechanisms that contribute to tumorigenesis induced by inflammation, but the reasons behind this connection have remained unclear. Now, a new mouse study by researchers at the University of Texas MD Anderson Cancer Center has shed light on the long-established link.
CANCER・7 DAYS AGO
EatThis

The #1 Cause of "Deadly" Cancer, According to Science

Even though survival rates and treatment protocols have improved significantly, cancer still strikes fear in the hearts of many—particularly those cancers that, despite scientific advances, remain inordinately common and deadly. The good news: You can take steps to reduce your risk of the deadliest cancers, particularly avoiding the #1 preventable cause. Read on to discover the most important thing you can do right now—and to ensure your health and the health of others, don't miss these Sure Signs You May Have Already Had COVID.
CANCER・20 DAYS AGO