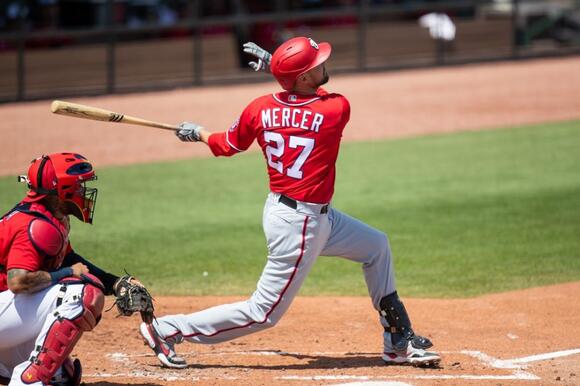 The Washington Nationals brought up infielder Humberto Arteaga from Triple-A Rochester on Friday and placed infielder Jordy Mercer on the 10-day injured list with a strained right quad.

The Mercer move is retroactive to Thursday.

Mercer, 34, hit .270 with one home run, one RBI and eight runs scored in 32 games for the Nationals. He’s in his 10th big-league season after the Pittsburgh Pirates selected him in the third round of the 2008 draft. 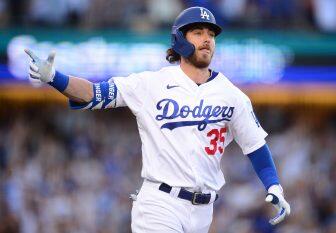 This is Arteaga’s second stint in the majors, having played 41 games with the Kansas City Royals in 2019, when he hit .197. He spent 10 professional seasons with the Royals organization before coming to the Nationals in 2021.

Also Friday, the Nationals recalled right-handed pitcher Steven Fuentes and placed him on the 60-day IL with a right shoulder strain.

The 2022 Major League Baseball season is drawing to a close and that means it’s time for the MLB playoffs.
MLB・6 HOURS AGO
Sportsnaut

Astros adjusting rotation ahead of series finale vs. Rays

Right-hander Jose Urquidy will move to the bullpen on Monday, the first significant move for the Houston Astros as they
HOUSTON, TX・2 DAYS AGO
Sportsnaut

After a disappointing end to their faint wild-card hopes, the Milwaukee Brewers will have to regroup against Arizona ace right-hander
MILWAUKEE, WI・15 HOURS AGO
Sportsnaut

The New York Yankees schedule will carry this team through a 2022 MLB season with expectations set upon this team
BRONX, NY・12 HOURS AGO

Mets will start Jacob deGrom on Wed. if division up for grabs

Tuesday’s game between the Baltimore Orioles and the visiting Toronto Blue Jays was postponed due to inclement weather, setting up
BALTIMORE, MD・42 MINUTES AGO

It was an unsurprising Sam Haggerty move. Trailing the Detroit Tigers by a run with two outs in the bottom
SEATTLE, WA・14 HOURS AGO
Sportsnaut

If history isn’t repeating itself this weekend for the Atlanta Braves and New York Mets, it’s certainly playing a familiar
QUEENS, NY・2 DAYS AGO
Sportsnaut

The Atlanta Braves can clinch their fifth straight National League East championship with one win during their three-game series against
MIAMI, FL・1 DAY AGO
Sportsnaut

Mets stay alive — barely — in division race ahead of DH vs. Nats

Major League Baseball is back and with a 162-game season in the books, it’s time for the MLB playoffs. October
NFL・8 HOURS AGO
Sportsnaut

Mariners bid to continue momentum in finale vs. A’s

It’s as if Crash Davis actually got his shot. Brian O’Keefe spent nine seasons in the minor leagues before being
SEATTLE, WA・2 DAYS AGO
Sportsnaut