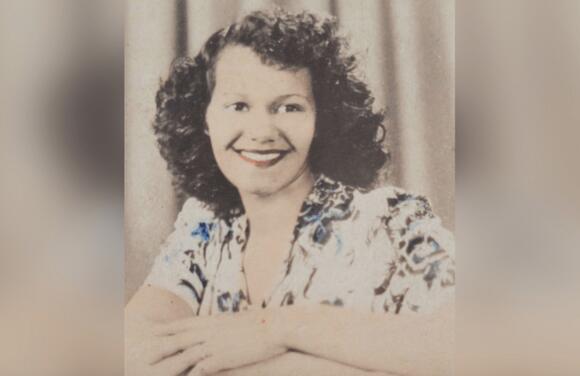 She was the wife of the late Richard Marsden who was killed in WWII.

She was also the wife of the late Frank Ferreira with whom she was married for 54 years.

Che Che was co-owner of Avalounge for 3 years. She owned and operated Che Che’s Beauty Salon on Broadway for 20 years. She was completely devoted to all of her family.

The ‘Conjuring House’ in Harrisville, RI has hit the market for $1.2 million. 3 bed, 1.5 bath, 3,109 sq feet, 8.5 acre lot. Every so often an opportunity presents itself to possess an extraordinary piece of cultural history. The true story of ‘The Conjuring’ started in this very house, in...
REAL ESTATE・3 HOURS AGO
Newport Buzz

Anne S. Gadoury, age 89, of Newport, Rhode Island, passed away on September 13, 2021 at Newport Hospital. Anne was born at home in Newport as the 13th child of 15 to Henry and Catherine (O’Neil) Cox. A lifelong island resident, she was a proud Newporter and worked hard to care for her family.
NEWPORT, RI・8 DAYS AGO
Newport Buzz

Anna Mae James, 87, of Newport, RI, passed away peacefully on Saturday, September 4, 2021. Born in Newport, she was the daughter of the late Edward C. and Annie Mae (DeShields) James. She is survived by her brothers, Ralph James and his wife Lois of Middletown and Stanley James of...
NEWPORT, RI・12 DAYS AGO
Newport Buzz

Michael Shane McCarthy, 39, of Los Angeles, CA. formerly of Newport, RI died unexpectedly on August 12, 2021 at home. Michael was born February 19, 1982 in Springfield, MA to Kevin J McCarthy and Vicki L Dyl. He grew up in Newport RI and graduated from Rogers High School in 2000.
NEWPORT, RI・15 DAYS AGO

Willard E. Marcley, age 93, of Portsmouth, Rhode Island, passed away on August 30, 2021. Willard Marcley has lived in Portsmouth, RI for the past 35 years and following his retirement from Raytheon Company in 1990. He was born September 20, 1927 in Schenectady, NY where he graduated from Mont Pleasant Technical High School in 1945. Following graduation he enlisted in the US Navy and service for three and a half years as an electronics technician on several Navy ships in the Pacific theater of operations. Upon discharge he entered Rensselaer Polytechnic Institute, where he graduated in 1952 with a bachelors degree in electrical engineering.
PORTSMOUTH, RI・14 DAYS AGO
Newport Buzz

Joseph C. Kriner, Jr. age 60, of Newport, Rhode Island, passed away peacefully at home surrounded by family on December 31, 2020. Joe was born in Newport, RI to the late Joseph Kriner Sr. and Jean (DeWick) Kriner. Joe was a 1979 graduate of Rogers High School. He considered himself...
NEWPORT, RI・16 DAYS AGO
Newport Buzz

As we sadly mark the 20th anniversary of September 11, the Rogers High School and Newport community remembers Michael E. Gould. Mike was a Newport resident and member of the Rogers High School Class of 1990. Mike played baseball and tennis, and loved to surf and ski. Mike had a great love for his family, and he had many friends who enjoyed his sense of humor, generosity of spirit, and kindness.
TENNIS・13 DAYS AGO

UPDATE – Carey Mansion is on the market!. “Seaview Terrace” hits the market at $29.9 million. The Ghost Hunters visit Seaview Terrace (aka Carey Mansion) to investigate the numerous reports of ghost sightings and paranormal activity. Ghost Hunters_”Dark Shadows” s07-e13 – 9-7-11 by 1BadboyMMA. Episode synopsis from SyFy. On this...
NEWPORT, RI・14 DAYS AGO
Newport Buzz

Kendall Cooper Casting is now accepting submissions for extras to work on the upcoming feature-length motion picture project “Hocus Pocus 2”. Filming will be in Providence, RI and surrounding areas October through December 2021. Production is seeking people local to the Providence, RI area to play various extra roles in the film; children and adults of ALL ethnicities, ages, genders, and sizes are encouraged to apply. Specifically seeking people with dance experience, men with shoulder length hair or longer, and young adults ages 18-22 years old.
PROVIDENCE, RI・14 DAYS AGO