Do You Understand the Differences Between the Stock Exchanges? 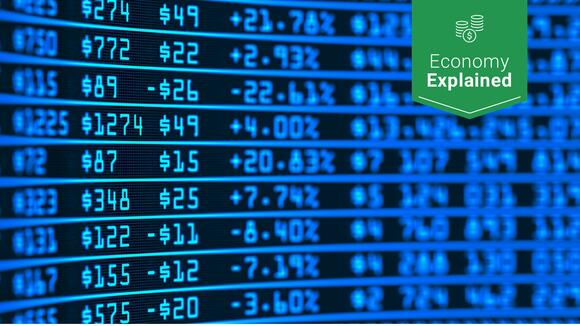 On May 17, 1792, two dozen stockbrokers and merchants sat under a buttonwood tree on Wall Street in New York City and signed what is probably the most important financial document in American history. The Buttonwood Agreement is recognized as the founding document of the New York Stock Exchange (NYSE).

The Economy and Your Money: All You Need To Know
Find Out: What Is Unrealized Gain or Loss and Is It Taxed?

Known as the Big Board, the NYSE is the largest stock exchange in the world and the heart of Wall Street in Lower Manhattan’s Financial District but it’s not the only stock exchange by far.

What Are Stock Exchanges?

Don’t think of stock exchanges as stores for stocks and bonds. Stock exchanges themselves don’t sell anything. Think of them instead as being like farmers markets — places where lots and lots of different sellers gather so interested buyers can shop them all in one place.

See: How the SEC Affects You and the Economy

The sellers are publicly traded corporations that are “listed” on a given stock exchange — kind of like a merchant getting a stall in the hypothetical farmers market. The buyers are stockbrokers looking to purchase ownership shares of those companies for their client investors — people like you. Each exchange sets its own rules and listing standards, including things like the number of years a company has been in existence, its market capitalization , share price and the type of service or product it provides.

Read: What To Expect From an Economic Boom
Check Out: Understanding Interest Rates — How They Affect You and the US Market

What Are the Different Kinds of Exchanges?

There are four different kinds of stock exchanges:

Helpful: How To Calculate Your Debt-to-Income Ratio

How Many Exchanges Are There?

There used to be a nationwide network of bustling regional stock exchanges that operated in America’s financial hubs, including Philadelphia, Boston, Baltimore, Chicago, Cleveland, St. Louis, San Francisco, Los Angeles and beyond. They began to merge after World War II, and then the invention of the microchip eventually made a sprawling system of physical exchanges unnecessary.

Check Out: What Is Inflation and What Does It Mean When It Goes Up or Down?

Today, the two big U.S. exchanges are the NYSE and Nasdaq composite, the latter of which was founded as the world’s first electronic stock exchange in 1971. They are two of fewer than 20 major exchanges in the whole world with greater than $1 trillion in market capitalization.

The top 10 stock exchanges in the world are:

Find Out: What Does the Fed Do, Anyway?

Can I Trade on Any Exchange I Want?

No matter its rules or listing standards, and no matter whether it maintains a physical location like the NYSE, all stock exchanges in the U.S. are governed by the rules and regulations laid out by the Securities and Exchange Commission (SEC). That federal oversight, however, does not extend to foreign exchanges.

Investors looking for international exposure can buy and sell shares in U.S.-traded foreign stocks, ETFs and mutual funds that are listed on American exchanges. Alibaba, the so-called Amazon of China, for example, trades on the NYSE under the ticker symbol BABA. Buying a share is the same as buying a share of Coca-Cola.

See: What Is Adjusted Gross Income?

Attempting to trade stocks on exchanges in other countries, on the other hand, is a much different story.

It may be possible for some brokers to buy shares of a foreign stock that trades only on a foreign stock exchange. But be warned, the SEC cautions that these companies rarely file reports with the SEC, their own reporting often contains information that’s different from what U.S. investors are used to, and they might not even be available in English.

The vast majority of modern American investors will live their whole lives without ever owning a stock or fund that wasn’t purchased through the Nasdaq composite or the NYSE.

This article originally appeared on GOBankingRates.com : Do You Understand the Differences Between the Stock Exchanges?

19 Stock Perks That Will Blow Your Mind

The main reason investors buy stocks is to make money. Returns on stocks generally come in two forms: dividends and capital gains. Whether you actually come out on top is dependent on a lot of...
STOCKS・1 DAY AGO
GOBankingRates

During an appearance at the Milken Institute conference, Wood also revealed what she thinks will be the "big, new frontier" in investing.
STOCKS・15 HOURS AGO

Don’t dismiss what ultra-low dividend yields are telling us: We’re in for puny returns in the stock market

These are five stocks for aggressive investors looking to get share count leverage on companies that have sizable upside potential. While not suited for all investors, they are not penny stocks with absolutely no track record or liquidity, and Wall Street firms do have research coverage.
STOCKS・17 HOURS AGO
Business Insider

Corona Doom 2.0: Carter Worth Warns That Vaccine-Maker Moderna May Have Further To Fall. What To Do If You're Long.

Screen capture via Portfolio Armor on 8/26/2021. But it has tumbled since, down almost 17% as of Wednesday's close. Strong returns from the oil E&P Laredo Petroleum, Inc. (NYSE:LPI), Bitcoin miner Marathan Digital Holdings, Inc. (NASDAQ:MARA), and Tesla, Inc. (NASDAQ:TSLA) have helped that cohort outperform despite Moderna. Now CNBC market...
ECONOMY・2 DAYS AGO
MarketWatch

Companies on pace to pencil in $1 trillion in share buybacks in 2021, as proposed new tax looms

What is a proposed 2% excise tax on corporate share buybacks when U.S. companies are still sitting on trillions' of dollars in cash since the onset of the pandemic?
NEW YORK CITY, NY・11 HOURS AGO

Investors have two basic ways to own gold: physical bullion or gold stocks/funds. Bullion is more of a pure play, but stocks are easier to hold.
MARKETS・1 DAY AGO
Entrepreneur

Popularity on social media, high short interest, and momentum are the key features of most meme stocks. While betting on meme stocks is risky because it is challenging to identify...
STOCKS・1 DAY AGO
Thrive Global

Jo Lambert: “The key thing is to really understand what you’re investing in and do your research”

…The key thing is to really understand what you’re investing in and do your research. Make sure that you are not simply investing because you saw a 30 second speculative clip on social media or your friends said they are doing it. Make sure you can afford it as the market is very volatile and you may make money along the way, but chances are you may lose it too! Only invest in reputable companies and use trading apps that are verified and can offer support.
MARKETS・1 DAY AGO
SmartAsset

There’s currently one way to buy cryptocurrency exchange-traded funds in the U.S. — through the Bitcoin Strategy ETF that deals in Bitcoin futures traded on the Chicago Mercantile Exchange. More such possibilities are on the horizon stateside, but these products … Continue reading → The post How to Invest in Crypto ETFs appeared first on SmartAsset Blog.
STOCKS・1 DAY AGO
GOBankingRates

The Dangers of Day Trading

In its simplest form, day trading involves buying and selling a security within the same day. In reality, many day traders make multiple trades per day, sometimes in numerous securities. Money:...
MARKETS・2 DAYS AGO
Business Insider

BANK OF AMERICA: Buy these 43 crypto-linked stocks as their market values are poised to expand due to their digital-asset exposure

The 'Yet Another Reopening Trade' (YARO) focuses on quality companies and avoids frothy technology and 'innovation' stocks.
STOCKS・2 DAYS AGO
Benzinga

“In my 45-year career as an investment counselor, humility did show me the need for worldwide diversification to reduce risk”. The above quote is from Sir John Templeton, the founder of Templeton Investment (now morphed into Franklin Templeton Investments (NYSE: BEN). The advice to diversify is iterated in some form or another by financial advisors frequently, such as Forbes Advisor.
STOCKS・2 DAYS AGO
24/7 Wall St.

A bitcoin mining company's IPO and a SPAC merger for a former U.S. president's social media company top the list of Wednesday's market news. As for meme stocks, there was news there, too.
STOCKS・2 DAYS AGO
The Motley Fool

The stock market continues to chug along, opening up opportunities to cash in. This duo of stocks provides more unique growth opportunities than most. There are few better roads to building wealth over your lifetime than investing in the stock market. The long-term average return for the S&P 500 has been about 11% per year, and that's through depressions and recessions, war and civil unrest.
STOCKS・3 DAYS AGO
Time

What Is Nasdaq? Here’s Everything You Need to Know About This Stock Exchange

If you’re watching financial news or setting up your 401(k), you’ve likely heard of Nasdaq. Nasdaq is the second-largest stock exchange in the world, second to the New York Stock Exchange (NYSE), and home to tech giants like Apple, Google, and Amazon.. Since its introduction in 1971, the Nasdaq exchange...
STOCKS・8 DAYS AGO