The best NASCAR races ever: From the Daytona 500 to Talladega 500 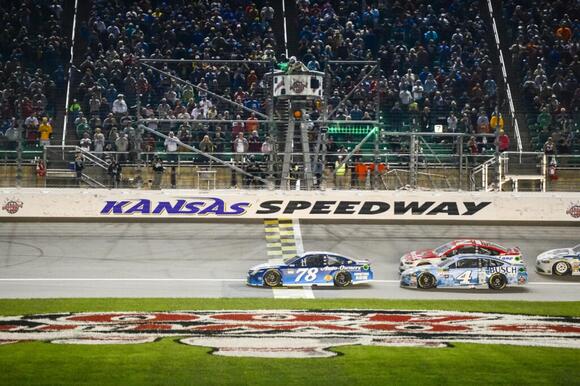 NASCAR has run some good races over the years. But on special occasions, there is a race that will forever be in the minds of NASCAR fans as one of the greatest races in the history of the sport.

Here are the top-five best races in NASCAR history.

Mark Martin was looking for his first-ever Daytona 500 victory and had a great shot at doing so that night. Martin led 26 of 200 laps but led the most laps of any driver that was on the lead lap.

As the field was coming off Turn 4 during the final lap, Kevin Harvick’s massive run of momentum got him alongside Martin. When that happened, Kyle Busch’s crash took out the challengers behind them.

Harvick and Martin battled to the line, with Harvick winning his first and only Daytona 500 by a mere 0.02 seconds. Meanwhile, Clint Bowyer came across the finish line upside down on his roof.

The finish provided one of the most-insane endings to a Daytona 500 race ever and solidified Harvick’s name in NASCAR history. 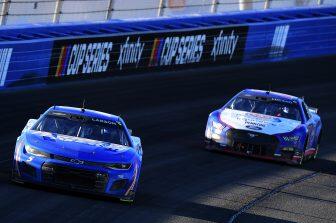 The 1984 Talladega 500 was one of the best races in NASCAR history for the longest time due to the number of lead changes and names that finished in the front of the field.

There were a total of 68 lead changes between 16 drivers, which was expected due to the number of names and competition in the field.

It certainly lived up to the standard with names such as Dale Earnhardt Sr., Buddy Baker, Terry Labonte, Bobby Allison, Cale Yarborough, Darrell Waltrip, and Harry Gant all finishing in the top-seven positions.

Earnhardt ended up being victorious on the day, but the top-five finishers each had their turn of being the car to beat. Earnhardt led 40 laps and beat a list of legends in one of the most competitive races ever.

Jeff Gordon was on his way to being the projected winner of the race until an incident that sent him into the wall ended his shot of winning. This set up the scene for what was going to be an incredible rest of the race.

Kurt Busch was leading despite losing his power steering and was trying to hold off Ricky Craven for the win. Busch and Craven were slipping and sliding all over the place as Dave Blaney was trying to run them down.

On the last lap, Craven pulled out a last-ditch effort and got to Busch’s door. They banged doors all the way down to the finish line. Craven ended up winning the race by 0.002 seconds over Busch and led only one lap.

The fourth race of the 2001 season brought excitement at a time when NASCAR had to go through losing one of its greatest stars in Dale Earnhardt Sr. Three weeks earlier , Earnhardt died in a last-lap crash during the Daytona 500.

Kevin Harvick took over Earnhardt’s spot at Richard Childress Racing and they renumbered the car to the No. 29. Jeff Gordon dominated the race by leading 118 of 325 laps and was set to win his second consecutive NASCAR event.

However, Harvick took the lead and going into the final lap, Gordon was behind him in second place. Gordon ran in his tire tracks down the backstretch and tried to pass him on the bottom since Harvick gave him room.

Harvick ended up winning his first NASCAR race at the top level by 0.06 seconds over Gordon and drove around the track backward holding up three fingers to honor Earnhardt. This might be one of the emotional victories in NASCAR history.

The Martinsville playoff race in 2015 is one of the most memorable races in NASCAR history. Most of the drama started when Matt Kenseth was wrecked by Brad Keselowski in the race.

Kenseth had a chance to win Kansas earlier in the playoffs, but Joey Logano spun him out and took the lead. This created the scene for one of the most well-known crashes we have seen in the sport today.

Logano was leading and Kenseth was about to be lapped again. When Logano passed him, Kenseth drove him into the wall as revenge from Kansas and the crowd erupted into cheers. It effectively ended Logano’s shot at a championship.

Kenseth was suspended for two races due to the incident. After taking out the leader, the stage was set for an insane finish. Countless laps later, it came down to a restart with two laps to go with Jeff Gordon and Jamie McMurray on the front row.

Gordon cleared McMurray and got the white flag for what would cap off the most memorable race in NASCAR history.

Gordon won the race for his final career victory and punched his ticket to the Championship 4. It was the last and most emotional win for one of the best NASCAR drivers of all time.

NASCAR has its fair share of fun moments, but there are still terrible wrecks along the way. Let's dive into the top-5 worst wrecks in modern NASCAR history.
MOTORSPORTS・2 DAYS AGO
Sportsnaut

NASCAR: 5 drivers who could make future starts in Trackhouse Racing’s No. 91 car

Check in here throughout the 2022 season to find out what's going on in NASCAR today, and for our power rankings, highlights, latest race recaps, and standings.
CONCORD, NC・17 HOURS AGO
Sportsnaut

Colton Herta walked away from a crash uninjured on Friday during the final day of practice for Sunday’s Indianapolis 500.
INDIANAPOLIS, IN・10 HOURS AGO

Check in here throughout the 2022 NASCAR season to find out the weekend schedule for each series, plus radio and TV information throughout the entire weekend.
CHARLOTTE, NC・17 HOURS AGO
The Associated Press

INDIANAPOLIS (AP) — Wearing a green “ I Call In Sick for Carb Day ” T-shirt, Rick Leppert took a gulp of beer and studied a scene he didn’t quite recognize in his first trip to Indianapolis Motor Speedway since before the pandemic. A betting lounge...
INDIANAPOLIS, IN・38 MINUTES AGO
Sportsnaut

Will Helio Castroneves claim victory for a record-breaking fifth time? Don't miss out on any of the action with these streaming services.
INDIANAPOLIS, IN・12 HOURS AGO