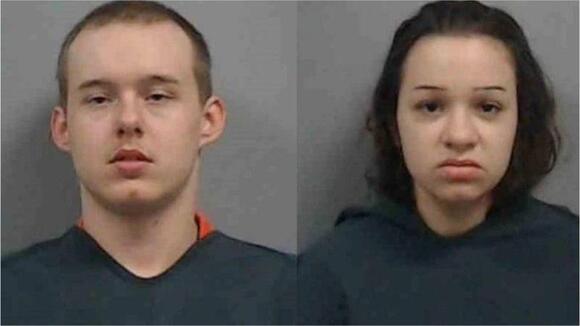 NEWBERRY, S.C. — The parents of a South Carolina baby who died last month have been charged after tests revealed cocaine was in the child’s system, authorities said.

Brady Lynden Wearn, 18, and Mary Catherine Bedenbaugh, 17, both of Prosperity, were charged with homicide by child abuse and unlawful conduct toward a child, WIS-TV reported.

Officials with the Newberry County Sheriff’s Office said that deputies responded on May 2 after a 4-month-old child was found unresponsive and not breathing, the television station reported. The infant was taken to an area hospital and was pronounced dead.

According to toxicology reports, a measurable amount of cocaine was in the infant’s system, along with cocaine measured on the child’s feeding bottles, WOLO reported.

Both parents submitted to a drug screening test, and both Wearn and Bedenbaugh tested positive for cocaine, fentanyl and marijuana, WIS reported.

“These are very difficult and time-consuming cases that investigators have to sort through, and we have to wait for testing on items, which takes a few weeks,” Newberry County Sheriff Lee Foster told reporters. “This is exactly why we take drug enforcement so seriously. Drug use and abuse are not victimless crimes.”

“These cases are very difficult and emotional from the start with an infant being involved,” Kneece told reporters. “It takes multiple agency cooperation from the beginning. I am very proud of the dedication of all agencies involved and how effortless it is was for everyone to work together.”

Wearn and Bedenbaugh are being held at the Newberry County Detention Center, WSPA reported.

WOODBRIDGE, Va. — A Virginia woman fatally shot a masked man who was armed and standing out front of her house early Thursday, investigators said. The Prince William County Police said the 44-year-old woman was leaving her home when she noticed the man approaching her from the side of her house.

SEATTLE — Two people were arrested after a Washington state sheriff's deputy was fatally shot in the line of duty Friday night. After an "exhaustive search," a 28-year-old man, Abran Raya-Leon, and a 35-year-old woman, Misty M. Raya, were arrested on unrelated felony warrants, Vancouver, Washington, police said in a press release on Saturday night.

FLINT, Mich. — Rex, a Michigan State Police K-9 known in the department for his adept search skills, died after a drunk driver crashed into the patrol vehicle he was in early Sunday morning, investigators said. The canine unit was helping direct traffic on M-10 highway because of flooding in...

EAST HAMPTON, Conn. — A landlord broke into a tenant’s apartment and went through her underwear while she was not home, police said. Police said Jorge Orellana-Arias entered the tenant’s apartment on several occasions, proceeding to her and her daughter’s bedrooms, where he would go through their clothes, WFSB reported.

YONKERS, N.Y. — Police officers and bystanders lifted a car off an infant Friday who was pinned beneath when the driver lost control of the vehicle and crashed. Yonkers police said officers Rocco Fusco and Paul Samoyedy were grabbing breakfast at a bagel shop when they heard the crash, WABC reported.

NEW YORK — Four men have been charged with trafficking nearly 10,000 pounds of cocaine from Puerto Rico to at least four continental U.S. states by concealing the narcotics in hollowed-out furniture, the U.S. Drug Enforcement Administration has confirmed. The DEA estimated the street value of the trafficked cocaine to...

DETROIT — A father did not think twice about running into a burning home to rescue his twin infant daughters from the basement. Ray Lucas and his girlfriend had walked to the gas station and when they returned 15 minutes later their home was aflame, WJBK reported. “The house was...

AMMAN, Jordan — (AP) — Two coronavirus patients died at a hospital in the Jordanian capital of Amman on Sunday after a short circuit knocked out power at the facility's intensive care unit, the country's health minister said. The private Gardens Hospital is being rented by the Jordanian government to...

One nation under fire: A week's glance at gun violence ripping across America

SALT LAKE CITY — Thousands of fans gathered in Wisconsin to celebrate the Milwaukee Bucks' NBA championship, but scenes of celebration soon turned into chaos when gunfire rang out. Two shootings broke out early Wednesday in downtown Milwaukee that wounded three, sent people running for their lives and left the...

POTOMAC, Md. — A Labrador retriever mix escaped from its owners on Saturday, running off and falling into an abandoned well. Montgomery County Fire Rescue said the owners heard whimpering coming from the Norwood School and found the dog at the bottom of a 20-foot well, WUSA reported. They called...