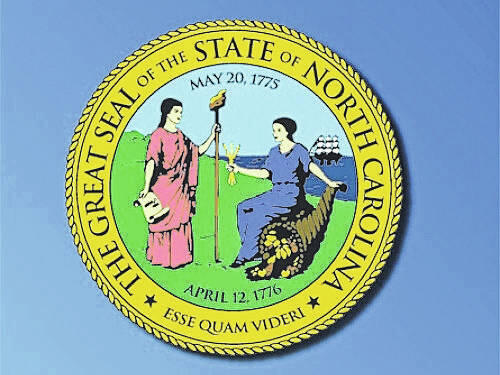 Senate Bill 116 received final approval by the Senate on a 26-22 vote and by the House about 43 minutes later, where the vote was 65 to 45. It now goes to Gov. Roy Cooper, who has the option to veto the legislation, approve it or let it become law without his signature. If it becomes law, North Carolina will join 25 other states that have opted out of the federal supplement.

All Democratic senators and all but three House Democrats in attendance voted against SB 116.

The legislation would do away with the $300-a-week Federal Pandemic Unemployment Compensation benefit for more than 200,000 displaced workers in the state. That’s on top of their other state or federal aid. A $100-a-week additional payment for self-employed workers also would end.

Both coronavirus aid programs already are set to expire nationwide in September, but Republicans have agreed with business owners’ concerns that the extra benefits are a disincentive for some to return to the workforce after being months at home.

By ending the $300 weekly supplement benefit, the final legislation sides with what the House approved earlier this month.

“With a severe labor shortage, now is no time to pay people extra money not to work,” Sen. Chuck Edwards, a Henderson County Republican, said in a news release. “The pandemic is largely behind us, and our state shouldn’t be stuck in mid-pandemic policies.”

Cooper’s office didn’t immediately respond to an emailed request late Wednesday for comment on the bill. But one Democrat, Rep. Wesley Harris of Mecklenburg County, said during floor debate that he anticipated Cooper would veto it. The bill would direct the state to stop administering payments within about 30 days of the measure becoming law.

Edwards had previously pitched a proposal to keep benefits in place through the summer, but combined it with a program to create bonuses of up to $1,500 who returned to work within 60 days. This bonus idea, which would have required federal approval, was left out of the final product.

The final measure did retain a House provision that would spend $250 million in federal COVID-19 relief aid on eliminating the individual waiting list for government subsidies for child care. Paying for day care is considered a major stumbling block for mothers to return to work. And there are more work-search requirements, which if not followed could result in the denial of benefits.

But that wasn’t enough of a sweetener for Democrats, who pointed out that eliminating weekly payments will harm people still struggling in a post-pandemic economy. The $300 benefit equates to at least $60 million entering the state’s economy each week.

“These are people who are looking for work or otherwise can’t return to work because of circumstances,” said Rep. Pricey Harrison, a Guilford County Democrat.

In other economic news, the state Department of Commerce announced Wednesday that North Carolina’s unemployment rate fell for the eighth consecutive month in May. The reduction appeared largely connected to a decline in the number of people actively seeking work.

The state’s overall workforce fell by more than 16,200 people compared to April, or to just under 5 million, according to data provided by the department. And the number of people employed actually decreased by 4,550 while the seasonally adjusted jobless rate fell from 5% in April to 4.8%. The number of employed had actually grown by 4,500 between March and April.

The North Carolina rate continues a steady decline since last fall as coronavirus restrictions on businesses have eased. The rate had spiked to 13.5% in April and May 2020.

Leisure and hospitality industries showed the largest increase in employment last month at 7,600 workers, according to data. Government (a 3,100-worker decline) and construction (1,600) were among the sectors showing the largest decreases.

The national unemployment rate was 5.8% in May.

LUMBERTON — The Lumberton Youth Baseball Association was honored by the Lumberton City Council Wednesday after the Association successfu
LUMBERTON, NC・22 HOURS AGO
The Robesonian

Robeson County saw a slight increase in its August unemployment rate, according to data obtained Thursday by the Robesonian from the North Car
ROBESON COUNTY, NC・5 DAYS AGO

LUMBERTON — Officials here spoke of the past and present state of downtown Lumberton as well as shared the vision for the future during
LUMBERTON, NC・5 DAYS AGO
The Robesonian

LUMBERTON — After a night of heavy rain Friday, strong winds still fluttered the banners and flags rising over the 2022 Robeson Regional Agricultural Fair on Saturday morning. Without full power for much of the day, the fair board decided to open to the public at 5 p.m. Saturday...
LUMBERTON, NC・1 DAY AGO

Dealing with the common cold as the year grows colder

LUMBERTON — There is a vaccine for COVID-19, and for influenza, but as the oft-repeated statement says, there is no cure for
LUMBERTON, NC・1 DAY AGO
The Robesonian

Pet of the week

Coco is available for adoption at Robeson County Humane Society. The 1-year-old female pup is said to be child friendly and loves cuddles and
ROBESON COUNTY, NC・5 DAYS AGO
The Robesonian

HAVANA — As Hurricane Ian tore into western Cuba on Tuesday as a major hurricane, Robeson County officials were keeping a close watch on
ROBESON COUNTY, NC・9 DAYS AGO
The Robesonian

ELIZABETHTOWN — The holiday season is approaching and Wilmington Area Rebuilding Ministry (W.A.R.M.) is doing its part to help keep fami
WILMINGTON, NC・8 DAYS AGO
The Robesonian

LUMBERTON — Two properties, 150 and 220 Jackson Court in the shopping center anchored by Walmart and Lowes are being redeveloped, and th
LUMBERTON, NC・5 DAYS AGO
The Robesonian

Talan Covington, 13, killed his first deer of the season while hunting Saturday on Youth Day. The deer was taken in the Barnesville area in Ro
ROBESON COUNTY, NC・9 DAYS AGO
The Robesonian

What’s on the menu at the regional fair

LUMBERTON — “Everything is interesting. Everything is unique,” said Coble Wilson, President Emeritus of the Robeson Regional
LUMBERTON, NC・2 DAYS AGO
The Robesonian

The colors of fall explained