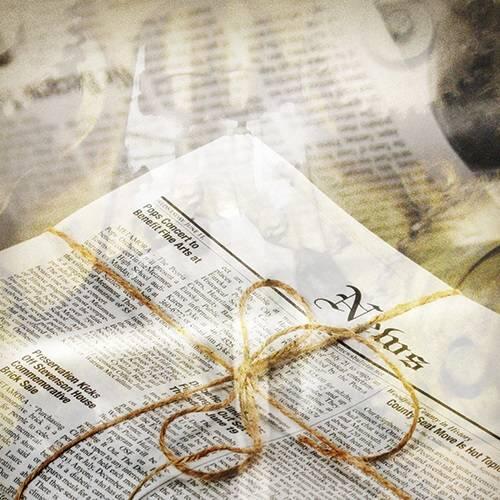 RALEIGH — Although the politicians in Washington almost never talk about the issue anymore, our entitlement programs are on a collision course with fiscal reality.

Let’s zero in on Social Security. Its “trust fund,” which consists entirely of debt the federal government has issued to itself, will be exhausted in a decade or so. As a practical matter, this isn’t as big a deal as it sounds. Social Security is already running a cash deficit — more payments going out than payroll taxes coming in. To cover the difference, the federal government draws from its trust fund of federal bonds.

Nevertheless, as a legal matter, the coming exhaustion of the trust fund will trigger a crisis. Let’s say it happens in 2032. At that point, federal law will require that Social Security benefits be lowered across-the-board until they can be financed entirely by payroll taxes. That would be an immediate 21% cut.

And it’s not going to happen. That much is obvious. No president or member of Congress could withstand the blowback. They’ll either raise the payroll tax rate, eliminate the current cap on income to which the tax is applied, or make more-complex changes in benefits to shield lower-income recipient from anything like a 21% hit.

Or perhaps they’ll change the law to run larger deficits. But that will only postpone the fiscal reckoning a bit. Federal debt is not a perpetual-motion machine, much as some political activists might want it to be. Servicing it will require some combination of tax increases and reductions in spending — either enacted directly or applied indirectly through a renewed and rampant inflation.

Now, if you’ve been thinking about Social Security’s unfunded liabilities at all, you probably have a preferred solution. I happen to think the best solution at this point is to apply a means test to benefits, making the program more explicitly a redistributive safety net rather than pretending it can or should be the centerpiece of household savings for retirement.

But whatever we do — general tax hikes, subjecting upper-income households to more payroll tax, raising the retirement age, changing the inflation calculator to reduce benefit growth over time, etc. — we need to get on with it. The longer we wait, the costlier the intervention will be.

That’s the main conclusion of a new National Bureau of Economic Research paper. The authors — John Shoven and John Watson, both of Stanford University, and Sita Nataraj Slavov of the American Enterprise Institute — didn’t just look at estimates of the effects of various reforms on Social Security’s structural deficit. They also examined the costs of political dithering about reform.

“Knowing in advance which reform will be implemented allows for better planning and therefore has value,” they wrote. “The government could resolve that indecision by deciding today what steps it will take to close Social Security’s shortfall.”

I know why Democrats and Republicans alike don’t want to talk about this. Each of the practical options for bringing Social Security costs in line with revenues will make a large bloc of voters angry. Twenty years ago, when there was some momentum in Washington to construct a bipartisan solution, politicians could have made virtually all of the benefit changes prospective, affecting only future retirees, and given people lots of time to accumulate savings in personal accounts. It is, however, too late now to engineer a soft landing.

It was a missed opportunity, a failure of political leadership and imagination. And, alas, a costly one.

President Joe Biden surprised viewers Friday when pausing his speech to acknowledge a woman in the crowd he said he knew when she was 12. “You gotta say hi to me,” Biden said during a speech at the National Education Association headquarters in Washington, D.C. “We go back a long way. She was 12 — I was 30. But anyway, this woman helped me get an awful lot done.”
WASHINGTON, DC・2 DAYS AGO
Business Insider

Liz Cheney said she'll do "everything I can" to ensure Trump is not a 2024 presidential nominee. Speaking at Texas Tribune Fest, she said if Trump is the GOP candidate, she "won't be a Republican." The recently primaried vice chair of the Jan 6 committee has historically voted conservatively. Speaking...
WYOMING STATE・1 DAY AGO
WashingtonExaminer

Last week, former President Donald Trump appeared to knock Chris Christie's weight. Now, the former New Jersey governor is ribbing Trump back. Christie, who once had a friendly rapport with Trump, mercilessly mocked him for his recent assertion that a president can declassify material "even by thinking about it" before throwing shade at Trump's management style during a convention Thursday.
POTUS・2 DAYS AGO
Business Insider

Trump has informed some political donors to stop boosting Ron DeSantis, per The Washington Post. During his calls with donors, the ex-president said that DeSantis could be a potential 2024 rival. Trump's endorsement of DeSantis' 2018 gubernatorial bid was a key moment in the governor's political rise. Former President Donald...
FLORIDA STATE・1 DAY AGO

President Biden’s statement this week that it “remains to be seen” if he’ll run for reelection has prompted more Democratic chatter about whether they’ll have a different candidate for the White House in 2024. If Biden doesn’t run again, a number of Democrats are expected...
PRESIDENTIAL ELECTION・2 DAYS AGO
The Robesonian