Owners of $4,000 Peloton treadmills must now pay $39 monthly fee to use them 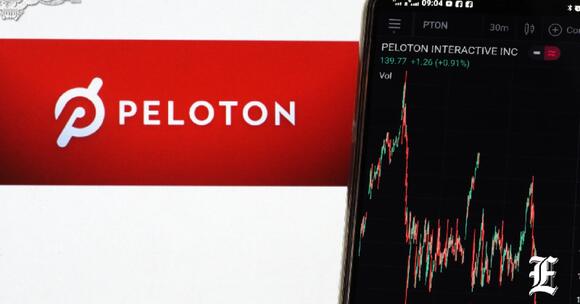 Peloton announced owners will now have to sign up for a $39 monthly subscription to use its $4,000 treadmills.

The free “Just Run” option on the Tread+ treadmill was removed following safety concerns. Last month, in collaboration with the U.S. Consumer Product Safety Commission, Peloton issued a voluntary recall for the Tread+ after a child was killed and more than 70 other incidents were reported.

When contacted by the Washington Examiner, the company said it introduced a new feature called “Tread Lock,” which requires a four-digit passcode to secure the device from unauthorized access.

Peloton said it is working on system updates that would grant access to Tread Lock and Just Run through a membership, although it has not provided a timetable for when that would launch. Owners of the Tread+ can return their treadmill for a full refund under the conditions of the voluntary recall.

Some Peloton users have threatened legal action against the company after the sudden shutdown, according to Business Insider.

“What I'm concerned about is the potential for a company to essentially brick your device if you are unable to afford or simply not interested in the content subscription anymore,” said Taylor Dondich, who owns both the Peloton bike and treadmill.

Some users took to Twitter to complain about the Just Run feature being disabled for users who don’t have memberships.

The Tread+ is similar to a regular treadmill but is outfitted with a 32-inch, high-definition touch screen and soundbar that allows instructors to coach users while working out with other members in real-time.

While details about the child's death have not been publicly released, Peloton CEO and co-founder John Foley posted a letter on the company’s website that said, “There are no words to express the shock and sadness everyone at Peloton feels as a result of this terrible tragedy.”

“While we are aware of only a small handful of incidents involving the Tread+ where children have been hurt, each one is devastating to all of us at Peloton, and our hearts go out to the families involved,” Foley wrote.

Peloton’s exercise devices became popular during the COVID-19 pandemic when people were restricted from going to the gym for weeks, and in some cases, for months. The company’s stock hit an all-time high in December at about $162 per share. As of Tuesday, the stock value declined to about $117.

In October 2020, Peloton also issued a voluntary recall of more than 50,000 of its “Clip-In Pedals,” which pair with its exercise bike. It was found the accessories “can break unexpectedly during use, causing laceration injuries,” the U.S. Consumer Product Safety Commission wrote at the time.

NEW YORK — A family is sharing a stark new warning for others about the alleged dangers of the Peloton Tread+ treadmill after they say their son was sucked under the belt and severely injured. Ygal and Sarah Saadoun spoke exclusively to ABC News about their 4-year-old son, who they...

Who On Earth Wants to Pay a Monthly Fee to Use Their Car's Built-In Features?

If You Bought This at Walmart, Throw It Away Immediately, FDA Says

Walmart is the go-to grocery shopping destination for many people living in the U.S., thanks to its more than 5,000 convenient locations throughout the country. However, if you've recently purchased certain foods from the retail giant, you may want to think twice before eating them. The United States Food & Drug Administration (FDA) has recently announced the recall of multiple foods sold at Walmart, and consuming them could put your wellbeing in serious danger. Read on to discover if you should be purging your home of these products now.

An immigrant from the Soviet Union to the United States is warning against critical race theory, saying school curricula drawing from it resemble the Marxism that once flourished in the USSR.

Walmart is once again requiring employees wear masks inside. The new policy is effective immediately in places with substantial or high transmission of COVID-19. Masks will still be optional for customers. Walmart ditched its mask mandate in May. But re-evaluated the policy after the Centers for Disease Control and Prevention...

California Gov. Gavin Newsom asserted on Thursday that his fellow Democrats underestimate the importance of what his recall election means for them.

Former Rep. Mark Walker lashed out at the Club for Growth and suggested that former President Donald Trump was misled into endorsing his rival for the Republican Senate nomination in North Carolina during an interview with the Washington Examiner.

An Oregon judge sided against local officials and a gun control group on Thursday as he dismissed a challenge to a Second Amendment sanctuary ordinance that was previously approved by voters.

Police have a suspect in custody after a beheaded woman was found dead on a Shakopee, Minnesota, sidewalk in the middle of the afternoon on Wednesday.

House Republicans want answers about the “dramatic change” in how a top scientist first talked about the coronavirus, from initially saying some of COVID-19’s features “(potentially) look engineered” to calling it a “crackpot theory” a few days later.

DOJ says Trump tax returns must be given to Congress

Protesters gathered outside of Los Angeles Mayor Eric Garcetti's residence Thursday night, leaving graffiti and damage to the property just hours after the Democrat signed an ordinance restricting homeless encampments in the city.

President Joe Biden signaled the onset of more restrictions to stem the spread of COVID-19 as the highly contagious delta variant rips through the nation.

A South Carolina man succumbed to his injuries after he and his wife were struck by lightning while vacationing in Florida.

A Virginia county school board declined to adopt policies provided and required by the state regarding the treatment of transgender students Thursday.

Former President Donald Trump said Friday that the bipartisan infrastructure bill that cleared the Senate after months of deliberation would lead to a "massive socialist expansion."

The White House has unveiled its plan to address the root causes of migration, a long-term strategy that involves working with the private sector and foreign governments to bolster Central American countries, but it is expected to do little to stem the immediate surge of migrants arriving at the southern border.