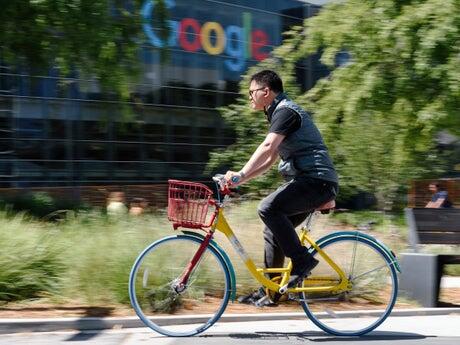 Android users are finding that their devices are seemingly crashing all by themselves.

The problem appears to be related to a range of the phones’ built-in apps. Most users are reporting issues with the Google app, but those problems have spread to affect the Podcasts service and the Assistant, which rely on the same app.

It also seems to be present on a wide range of phones, from Google’s own Pixels to Samsung.

Users see a warning indicating that “Google keeps stopping”, and asking them to close the app.

On Twitter, Google suggested that users should try a soft reboot, by holding the power button down for 30 seconds. While that appeared to work for some users – others complained that the issue stuck around.

Others indicated that it could be solved by joining the Google app beta so that the new version can be downloaded. That is done by signing up to the programme that allows access to the early version through this link , and then downloading the new beta version through the Play Store.

The issues recall similar problems in March, when phones appeared to start crashing by themselves. Then, the issue with the Android System webview tool, which is used by phones to render web pages – and because it is such a central if mostly ignored part of many apps, the bug quickly spread across other apps.

Apps you want to delete from your smartphone

We all have pages of apps on our smartphones and while they can be helpful, a handful can be harmful. Tech expert Kim Komando shares the apps you may want to delete from your phone right now.

If You See This on Your iPhone, Don't Click It, Experts Warn

Most of us keep our entire lives on our iPhones, from the photos we've saved over the years to our credit card information for online shopping. But our trust in these devices may go a bit too far—especially since we often don't have the technological know-how to make sure our data isn't being compromised. Now, experts are warning that even one wrong click on your phone could put all your information at risk. Read on to find out what you should never click if you see it on your iPhone.

Earlier this month, Google made a major change to its Photos service, ending the option to store unlimited images without paying anything for the privilege. Before June 1, that all changed, with any image uploaded to Google’s servers now counting toward a 15GB limit. Once everything is full, Google will...

EXPERTS have warned Facebook Messenger users to avoid the app on iPhone and Android after a security update was said to be delayed. Messenger has come under fire for not using end-to-end encryption like WhatsApp, another Facebook owned app, and putting privacy and content at risk. The delay is related...

Although Google has an analytics system that aims to evaluate apps before they are available on the Play Store, this is not a mistake, and sometimes, among the millions of options, some slip that puts users at risk. This is the status of 8 apps that have been identified as containing Joker malware, which you should remove immediately.

Google has removed at least nine apps from the Google Play store after security researchers revealed they’d been secretly harvesting users’ Facebook login details. Research from Dr. Web say ten ‘trojan’ apps, nine of which were available on Google Play, have been stealing innocent users’ Facebook usernames and passports. The...

From social media platforms and email providers to online stores and personal services, you and your details are major commodities. Mostly with little regard for your privacy. Until recently, there had been very little that you could do to block your MAID in marketing campaigns. Apple somewhat put a stop to this by allowing iOS users to choose who can target them. But for criminals, if they can match the ID with a person, they stand to profit greatly.

MILITARY-grade spyware used by governments to track journalists, politicians and human rights activists could be on your phone. More than 50,000 phone numbers believed to have the spyware have been leaked online, which are believed to be of interest to government clients of the Israeli surveillance fire NSO Group. What...

How to Recover Deleted Contacts From Your Google Account on Android

Your Google account acts as a one-stop solution for backing up different types of data from your Android smartphone and tablet. You can store your contacts, photos, videos, and personal files in the cloud. One advantage of backing your data in the cloud is easy restoration if you delete some...

How to track someone on Google Maps

YOU can track someone very easily on Google Maps – but only with their permission. To follow someone's live location, you'll need them to share it with you. Get the latest on Facebook, WhatsApp and Instagram. Tracking someone without their permission using Google Maps would involve some kind of breach...

10 apps you should remove from your phone right now

There are plenty of things to worry about in life, but dangerous apps on your mobile device shouldn’t be one of them. Unfortunately, we don’t live in a perfect world, and there will always be some questionable digital content. Google and Apple take some steps to mitigate the risks from...

Another week, another batch of Android apps banned from the Google Play Store. This latest batch of applications was hastily removed after it was discovered that the software was laced with the horrific Joker malware, which signs users into expensive subscriptions behind their backs – charging the card stored in their Play Store account.

It is used by more than 2,500 million users per month, a figure that attests that WhatsApp is the most important mobile app today – because it is basically used per month by more than 1/4 of the world’s population. And it is that the way we talk the most throughout the day with someone is through WhatsApp precisely, which makes it more popular but not the most complete.

Google took nine different apps off the Google Play Store and banned the developers from publishing new apps. This took place after antivirus company Dr. Web provided the tech giant with details on trojan viruses that were stealing Facebook login credentials. The apps that contained malware and were later removed...

How to Avoid Downloading Trojans on Android Devices

Although Android is a secure operating system, it’s still vulnerable to many hacking techniques. Compared to other mobile operating systems, viruses, malware, trojans, etc were high on Android. Most of these vulnerabilities enter your phone via App stores. In the past, we have seen Google Play Store hosting about 100...

Will you use Google Messages more now that it will be the default option for most U.S. Android phones?

Yesterday, news broke that Verizon will be switching to offer Google Messages as its default messaging app for RCS, beginning in 2022. This marks the third of the big three carriers in the U.S. to make such a move and follows in the footsteps of T-Mobile and AT&T. This is...

Internet service Speedtest by Ookla introduced an app that lets smartphone users perform speed tests to check the performance of their Wi-Fi connection. Now, it can test your network’s video streaming capability to let you know if you can stream in 4K. The Speedtest app's video testing had already been...

How to clear cache on your Android phone or tablet

One way you may be able to speed up your Android phone or tablets is by clearing the cache on the device. We just found out how to do this on the iPhone and now we have a guide for Android devices. As with the iPhone there are two ways...

How to take a screenshot on Android

Knowing how to take a screenshot on Android seems simple enough, but it's more complex than you'd think. With so many phone makers using Android, each one has slightly different methods of capturing what's on screen. Fortunately, a lot of these methods overlap. Many of these are simple button combinations...

Millions of Android users can get compensation of £50 from Google, are you one of them?

If you have an Android smartphone in your pocket, chances are you owe a £50 windfall from Google. That’s because the US tech company faces a new lawsuit over claims that its charges to the Play Store are excessive and “unlawful.” Google is systematically breaking the law and overcharging millions of British users for apps and other purchases from the popular app store, according to a landmark lawsuit filed by a UK court against Google.