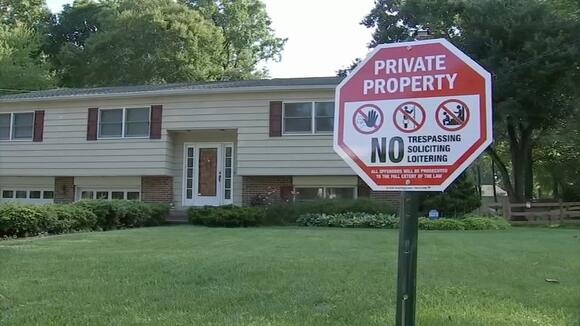 Most of that attention is more than welcome, but not all of it.

Mare of Easttown has received wide acclaim and positive reviews. And fans can't stop talking about Kate Winslet's ability to capture the Delaware County accent that highlights the show's authenticity.

But fans have been flocking to Wallingford, Delaware County in droves, where key parts of the series were filmed, including where the fictional Mare character lived.

The real homeowner asked that we not use her name or address, but said some fans of the show won't stop walking on her property.

"We've had a few instances where people have come on to our property -- one late at night to look in our front window. Supposedly, I can only guess to see if it's the same as where they filmed the show," she said. 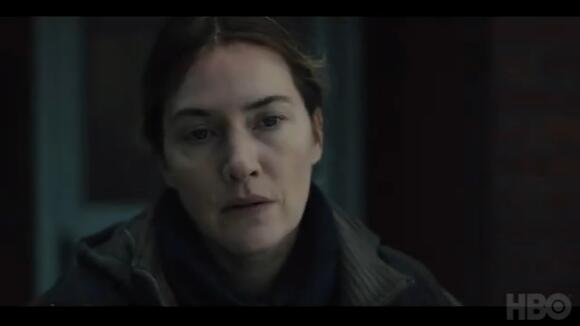 The homeowner says she asked one woman to please stop taking pictures because she and her children were playing on their front yard. She says the lady cursed at her.

Police understand the big attraction but want to remind fans that this will not be tolerated.

"You know, we get it, we get it's an attraction and HBO had a pretty big movie here now, but these people live here," said Sgt. Michael Montgomery with the Nether Providence Township Police Department.

The police department has had to increase patrols in the area due to a number of complaints from residents.

"People live here, how would you like it if somebody is looking through your window and walking up on your property?" said Montgomery.

The homeowner has now posted "no trespassing" and "private property" signs due to the increased traffic. She says her little girl has become fearful of all the people flocking to their home.

Police are warning people that trespassers, blocking traffic and disturbing the peace will not be tolerated.

HUMBLE, Texas (KTRK) -- Humble police are asking for help in identifying the suspects of a road rage incident. It happened June 15 in the 20000 block of Westminister Drive. Surveillance video from the scene released by Humble police showed a gold-colored car, believed to be a Volkswagen Passat, following and then pulling in front of a white car.

LEE COUNTY, Fla. — A Fort Myers man accused of animal cruelty was arrested after allegedly injuring his family dog, officials said. Jose Hernandez-Rivera, 28, is accused of hitting his family’s dog with a broomstick because he was mad at it for barking, deputies with the Lee County Sheriff’s Office said. After getting hit, the dog was unable to put weight on her leg because it was broken, deputies said.

A woman and her dog were fatally stabbed while on a walk in Atlanta's Piedmont Park, and police are now asking for the public's help gathering more information.

NFD: Nashville party bus rider falls off bus, gets run over on Broadway

NASHVILLE (WSMV) - A person was taken to the hospital overnight after being run over by a party bus they were riding in downtown Nashville. Nashville Fire officials tell us it happened around 12:30 a.m. Thursday near Broadway and 14th Avenue North. Metro Police said Jacob Day, 22, from Michigan,...

Two Colorado officers from the Aurora Police Department (APD) have been arrested on criminal charges in a use of force incident the police chief called a "very despicable act."

The number of homicides continues to rise in major American cities following a year that saw a record increase in homicides across the country, according to a report published Thursday by the Council on Criminal Justice.

A Nigerian Instagram influencer who goes by the username “Hushpuppi” has pleaded guilty to money laundering in a US court. He posted pictures of his lavish lifestyle online and was arrested in the UAE.

US-UK couples who have been separated for over a year due to Covid-19 travel restrictions have joined an online movement, Love Is Not Tourism, to petition governments to speed up the visa application process and allow them to reunite.

Instagram influencer 'Hushpuppi' pleads guilty to million-dollar fraud in US

A Nigerian Instagram celebrity, Ramon Abbas, known as "Hushpuppi" has admitted his involvement in a conspiracy to defraud a businessman of more than $1m, the US Justice Department has said.

(CNN) — A Los Angeles judge dropped one of 11 sexual assault charges against Harvey Weinstein on Thursday, though prosecutors will be able to amend it. Weinstein's attorneys had previously filed a motion to dismiss three of the 11 charges, saying the statute of limitations had expired. Los Angeles Superior...

The nation's largest flight attendant union says nearly one in five of its members has encountered a violent airplane passenger so far this year, and it says the time has come for more focus on criminal charges for in-air disturbances.

CONCORD, Wis. — Survey crews from the National Weather Service visited several locations Thursday to determine whether tornadoes touched down in southeast Wisconsin. Some of the worst damage appears to be in Fond du Lac, Jefferson and Waukesha counties. The storms downed trees and powerlines and caused structural damage in...

'I am furious with myself': Unvaccinated Covid patient describes the exhausting illness

(CNN) — Sitting in her hospital room in Baton Rouge, Louisiana, Aimee Matzen struggled to breathe as she described how exhausting it is to have Covid-19. "The fact that I am here now, I am furious with myself," she told CNN between deep, deliberate breaths. "Because I was not vaccinated."

Breaking down barriers to vaccination: Getting shots in arms is a shared mission for these CNN Heroes

Many vulnerable Americans still face significant hurdles that are preventing them from receiving the Covid-19 vaccine. These three CNN Heroes are breaking down barriers to help get shots in the arms of otherwise overlooked populations.

More companies tell employees: get vaccinated or get fired

Unvaccinated American workers are facing increasing pressure to get Covid-19 shots, as the country sees a dramatic rise in the number of government and private sector employers pushing inoculations for those who want to come to work.