By DAVID EGGERT, MIKE HOUSEHOLDER
Posted by
The Associated Press
2021-06-22 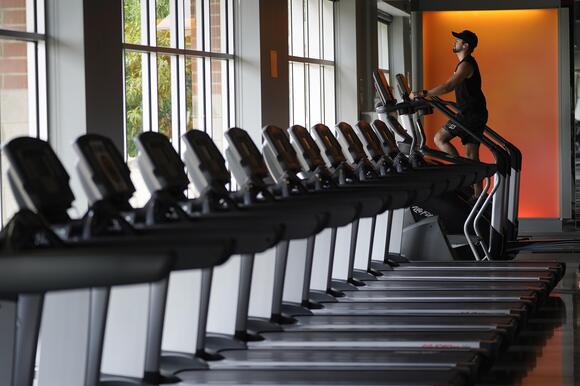 After 15 months of capacity restrictions and being hit by the country’s worst surge of coronavirus infections this spring, Michigan’s restaurants, entertainment businesses and other venues can operate at 100% occupancy starting Tuesday.

Limits on large indoor gatherings such as weddings and funerals are gone. So is a broad requirement that the unvaccinated be masked indoors, a rule that remains in about a dozen states. Unvaccinated teen athletes will no longer have to undergo weekly COVID-19 testing.

Michigan is among the last states to lift gathering caps, which has frustrated the business community. Democratic Gov. Gretchen Whitmer and public health officials say the restrictions were needed until enough people could be vaccinated in a state with about 21,900 suspected virus-related deaths. Last year, the governor faced an alleged plot to kidnap her over COVID-19 rules after drawing the ire of then-President Donald Trump. He tweeted calls to “LIBERATE” Michigan and other states that had seen conservative-led protests against stay-at-home orders.

“It’s been a grueling 15 months,” she added. “We’ve all been pushed to our breaking points physically or emotionally, mentally. Many of us have lost loved ones. We’re tired, just exhausted. And yet, this pandemic was relentless and exposed and exacerbated so many underlying challenges that were there before the pandemic and will continue to be there after the pandemic.”

Whitmer wants the state’s vaccination rate up to at least 70%. Roughly 61% of residents ages 16 and older have received at least one shot. Michigan’s seven-day daily case average, 146, was last this low in March 2020.

Families and small groups of people strolled in downtown Detroit Tuesday afternoon, entering the restaurants and stores that were open, although the pre-pandemic crowds were not evident.

Hanan Vazanio, 29, who has lived in the area for the past few years, said she expects more people to return now that the pandemic restrictions have been lifted.

“It got really quiet at some point, almost like there was no one downtown,” she said, referring to the early months of the pandemic. “It was kind of eerie.”

Some businesses embraced the beginning of a return to normal.

“It’s time to play. It’s time to have fun again,” said Jordan Munsters, co-founder and president of High Caliber Karting and Entertainment, an indoor action park near Lansing where adults can race go-karts, throw axes and smash stuff to smithereens.

Business was booming at the fledgling facility before the virus struck, forcing its closure for nine months under state orders that were strictly enforced by the county. Munsters and his parents are personally liable for a business loan, and he worried about losing everything.

But Munsters is optimistic, particularly that people cooped up during the pandemic will want to reconnect with others and “experience joy.”

Gyms were closed for nearly six months and, when a second wave came last fall, were ordered to ban group classes. They have operated at limited capacity when open.

“This industry, which is cruelly ironic, is on its knees. And we need a seat at the table. We never got one,” said Alyssa Tushman, co-owner of Burn Fitness, which operates two gyms in Rochester Hills and Clawson and has filed for Chapter 11 bankruptcy protection. A third gym in Livonia closed its doors for good. She said revenue and membership are down 60% industrywide, and called for more financial aid.

“While member engagement is up and people are coming back, rebuilding a membership base isn’t like just opening doors to a restaurant where people love to come back and get a bite. It takes time,” Tushman said.

On Tuesday, Deborah Gold and Ronit Marom sat maskless outside a Starbucks coffee shop in Bloomfield Hills, northwest of Detroit.

“I’m just happy people are being vaccinated,” said Gold, a 48-year-old teacher’s assistant. “I think the businesses need (the reopening). Too many have gone out of business. I’m all about mom-and-pop stores.”

Marom, a 54-year-old kindergarten teacher, said she worries about the spread of variants, especially the Delta variant, first detected in India.

“This pandemic is not something we can totally forget about and jump back to normal,” Marom said.

PORTLAND, Ore. (AP) — Oregon Gov. Kate Brown on Thursday issued an emergency declaration in 23 counties from Portland to southern Oregon and in central and eastern parts of the state because of heat. The declaration will free up more resources and activate the Office of Emergency Management to respond...

DETROIT (AP) — Former Sen. Carl Levin, a powerful voice on military issues in Washington and a staunch supporter of the auto industry back home in Michigan during his record tenure in the U.S. Senate, has died. He was 87. The Harvard-educated civil rights attorney and former taxi driver, who...