Liverpool manager Jurgen Klopp could be set to oversee a minor squad overhaul this summer with incomings and outgoings expected.

Having already secured the signing of Ibrahima Konate from RB Leipzig, the Reds could look to sell a number of fringe players in order to fund any further deals.

The likes of Divock Origi, Xherdan Shaqiri, Marko Grujic and Harry Wilson have all been touted as possible permanent departures should adequate offers be forthcoming.

One name that has previously been left unmentioned is that of young right-back, Neco Williams.

The 20-year-old Welshman had attracted loan interest from Southampton in February and there had been murmurings of more admirers in the pipeline.

As the recognised understudy to Trent Alexander-Arnold, the desire was always likely to be keeping the starlet at Anfield as Klopp would be reticent to leave the squad short on options once again.

However, according to a report from The Athletic, Williams is expected to push for a permanent switch during this transfer window in order to find regular first-team football.

As such, Liverpool have set an asking price of £10million for the full-back, with Leeds United, Aston Villa and Burnley joining the Saints as interested parties.

Perhaps most surprisingly of all, the report claims the Reds wouldn't be in the market for a replacement, suggesting occasional right-back Joe Gomez and academy prospect Conor Bradley will be tasked with filling in when necessary.

Despite the injury issues suffered within the squad last term, Williams made just 14 appearances across all competitions in 2020/21 - including three Premier League starts. 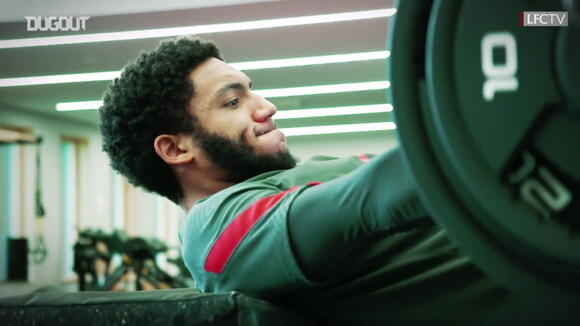 Capped on 13 occasions by Wales, the £7.2million valued youngster would present a shrewd deal for all involved as Liverpool go in search of squad reinforcements.

As ever with a player sale, transfer chief Michael Edwards will be hoping to accentuate the deal from the Reds' perspective - perhaps looking to include the player in a deal for a target elsewhere - similarly to the use of Ki-Jana Hoever in the signing of Diogo Jota last summer.

The Best of Xherdan Shaqiri

Today marks three years since Xherdan Shaqiri made the short move North West, from Stoke City to Liverpool. At £13million, it was a risk free move, met with a feeling of optimism. Here was a player with an unorthodox, yet impressive European football CV. A Champions League and three times...

YOURI TIELEMANS is rumoured to be considering a Leicester City exit amid reports the Belgian is eyeing a switch to Anfield. The Daily Mail claims the Foxes are pushing for a minimum of £64million from Liverpool for the midfielder who has two years left on his contract. It is thought...

Wales youth international Owen Beck has signed a new long term contract with Liverpool. Beck, who played in Liverpool's Under-23 side last season, is currently with the first team squad in Austria. The left-back has progressed through the ranks since joining Liverpool at Under-13 level and signed his first professional...

Liverpool have joined the race to sign Mikkel Damsgaard, one of the stars of Euro 2020, according to reports. Damsgaard was a key figure in Denmark's run to the semi-finals of this summer's tournament. The attacking midfielder only came into the team after Christian Eriksen's exit from the competition following...

The lights were barely shut off at Wembley following England’s penalty shootout defeat to Italy in the 2020 European Championship finals before rumours started swirling about some of its top performers. Mikkel Damsgaard impressed for Denmark. The 21-year-old winger scored twice for the Danes, making him the youngest Danish player to ever score at the Euros. One of those goals was in their semi-final defeat against England at Wembley, which clearly caught the attention of many.

International football has been put on pause and club football has made a timely return after the end of the European Championships and COPA America. Liverpool, like many clubs across Europe, have started their pre-season training camp. The Reds have opted to hold camp in picturesque Austria. While it has...

Liverpool's new boy Ibrahima Konate could be set for his first ever Liverpool start on the opening day of the Premier League season. Liverpool's new £36million man could be in pole position to start at the back for the Reds, with fellow defenders Joe Gomez, Joel Matip, and Virgil van Dijk all returning from injury this pre-season.

The Reds have some very good penalty takers, from the veteran James Milner to youngsters such as Curtis Jones and Trent Alexander Arnold. Liverpool also have some good and bad memories in penalty shootouts. The most memorable for every Liverpool fan is Istanbul. More recently we've had a mixed bag.

Having passed on the chance to trigger their £18M (€21M) purchase option on Ozan Kabak when the 21-year-old Turkish international’s half-season loan at Anfield ended, Liverpool have now rejected the opportunity to sign the player for just £8.5M (€10M). That’s the latest from club-connected journalist Neil Jones, who says Schalke,...

Liverpool boss Jurgen Klopp is hopeful that his young charges can grasp the chance coming their way during the club's preseason tour. The Reds are in Austria as they prepare for the new season, with Klopp welcoming back the likes of Virgil Van Dijk, Joel Matip and Joe Gomez after long term injuries.

Renato Sanches has been heavily linked with a move to Liverpool this summer. The Portuguese midfielder had an impressive EUROs and Liverpool are looking to capitalise on it. However, he isn't the only midfield target who is on Liverpool's wishlist. Leicester Youri Tielemans and Atletico Madrid's Saul Niguez have also been linked with a move to Anfield.

Youri Tielemans is pushing Leicester City to allow him to complete his dream move to Liverpool this summer. The 24-year-old is a key target for Jurgen Klopp as he looks to replace Georgino Wijnaldium who left on a free earlier this summer. That departure leaves a gaping hole in Liverpool’s...

The summer window so far for Liverpool has been fairly quiet. The club did wrap up the signing of Ibrahima Konate speedily from Bundesliga club RB Leipzig before the transfer window has even opened, but the stage has been barren ever since. Renato Sanches is a player who has been...

Liverpool have reportedly been handed a boost in their pursuit of Lille midfielder Renato Sanches. That’s according to French outlet Le10Sport, who claim Barcelona are also keen on the Portuguese but don’t have the financial weight to back up their interest this summer. The above report states Sanches is valued...

Liverpool pull back from Tielemans push over Leicester asking price

Liverpool have pulled back from plans to sign Youri Tielemans due to Leicester City's asking price. The Telegraph says Jurgen Klopp is in the market for a midfielder after Georginio Wijnaldum left on a free transfer to join Paris Saint-Germain, but the Liverpool boss' search will now go on. Tielemans...

Ozan Kabak was available for just £8.5 million but Liverpool turned down the chance to sign him

Liverpool had a well documented defensive injury crisis last season with Virgil vDijk, Joe Gomez and Joel Matip all being ruled out for either the whole season or a large majority of it. Then in January on deadline day Ozan Kabak was signed on a loan deal with an option...

Real Madrid have reportedly marked Liverpool FC's Mohamed Salah as an alternative signing if they fail to secure Kylian Mbappe from Paris Saint-Germain (PSG) this summer. Due to the renovation of Santiago Bernabeu and the coronavirus pandemic, Real Madrid are also experiencing a financial crisis and are not in a position to make a big investment. However, since Salah's current deal with Liverpool is due to end in 2023, his asking price is expected to be lower than other European players, reported Spanish publication Fichajes.

Liverpool are seeking to raise transfer cash by selling four senior players this summer. The Athletic reports Liverpool believe they can recoup £53m in player sales if they are able to offload four players. The first, Harry Wilson, appears to be edging towards a permanent move away after a series...

Liverpool have been blessed with some great goalkeepers over the years. Bruce Grobbelaar, Pepe Reina and Alisson Becker just to name a few. However, things could've been a lot different if Liverpool listened to their former goalkeeper coach Chris Kirkland. Kirkland played for Liverpool for four years but never broke...