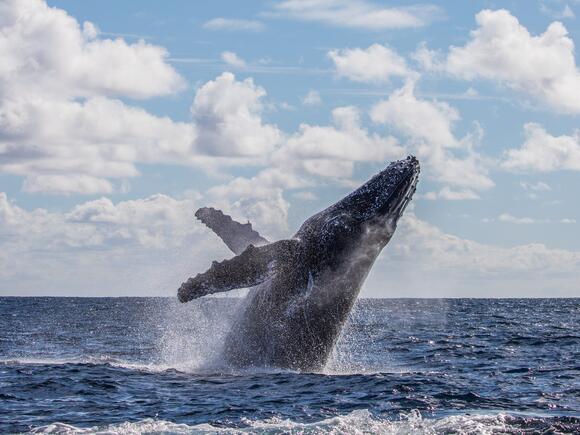 The mysterious dogecoin whale that owns more than 28% of the circulating supply of the cryptocurrency has seen the value of its holdings decline by 67% from its peak, to $8.2 billion on Monday.

The whale's address owns nearly 37 billion dogecoins, which were worth more than $24 billion in early May. But a far-reaching crypto meltdown has led to a steep decline in the value of the meme-inspired cryptocurrency in recent weeks.

Enthusiasm around dogecoin peaked at about the same time Tesla CEO Elon Musk hosted "Saturday Night Live" and referred to dogecoin in a skit, as many crypto traders had expected . But since then, little has been able to stimulate demand for the cryptocurrency, and 5 billion dogecoins come into existence every year.

One crypto expert has said the dogecoin whale is most likely a cryptocurrency exchange . There has also been speculation that Robinhood is behind the dogecoin address.

Despite the decline in dogecoin, many still see potential for the cryptocurrency to hold utility as a viable form of payment. Several businesses now accept dogecoin, including the NBA's Dallas Mavericks and MLB's Oakland Athletics.

Several people have recently responded to Musk's call to improve dogecoin as a payment . Charles Hoskinson, the creator of Cardano, said that, if improved, dogecoin could have potential for real-world use .

"Dogecoin is a reasonable target for someone to fix it up and make it an interesting cryptocurrency," Hoskinson said in a podcast on Friday. "My hope is that a compromise can be made where real developers come in and they start working on doge to create some use and utility for it, so at least it has a value floor and won't collapse."

While the volatility in dogecoin is likely to continue, so too is the resilience of the mysterious dogecoin whale. Despite the 70% decline in dogecoin since its peak, the cryptocurrency is up 4,508% year-to-date.

Billionaire investor Ray Dalio doubled down on his faith in cash, saying it's currently more attractive than stocks and bonds. "Cash used to be trashy. Cash is pretty attractive now," the Bridgewater founder said. Higher interest rates translate into tight money supply in the economy, offering some returns on the...
4 DAYS AGO
Markets Insider

Elon Musk, Michael Burry, and Jeremy Grantham warn stocks may slump and the economy could suffer. Here are 5 experts' warnings of what lies ahead.

Experts are sounding the alarm on stocks and the economy as rising interest rates heap pressure on asset prices and demand.
3 DAYS AGO
Markets Insider

Gamestop and AMC plunged in tandem with Bed Bath & Beyond on Tuesday as investors dove out of meme stocks.
1 HOUR AGO
Markets Insider

Activist investor Ryan Cohen is building a big stake in Nordstrom, report says. The retailer's stock has surged 34% on the news.

The Chewy cofounder and GameStop chairman is one of the department-store chain's largest non-family shareholders already, The Wall Street Journal reported.
4 DAYS AGO
Business Insider

China's Foreign Ministry said the craft was a lost civilian balloon, the same explanation it gave for a suspected spy balloon that drifted over the US.
NORTH CAROLINA STATE・22 HOURS AGO
Markets Insider

Russia will sell 160.2 billion rubles ($2.3 billion) worth of foreign currency from February 7 to March 6, roughly triple from the prior month.
4 DAYS AGO
Markets Insider

Fuel made from Russian crude is being funneled into New York by Indian oil refiners, according to data from Kpler. New York is purchasing 89,000 barrels a day of gasoline and diesel from India, the most in about four years. India has been one of Russia's top crude customers since...
NEW YORK STATE・4 DAYS AGO
Markets Insider

The stock market rally will peak in the next 2 weeks before stalling out, as disinflation proves transitory, Bank of America says

The stock market is poised to peak in the next two weeks as inflation makes a comeback, according to Bank of America. The bank said investors should fade the S&P 500 as it approaches the 4,200 level. "Bear risk still disinflation proves 'transitory' and/or 'no landing' flips to 'hard landing,"...
4 DAYS AGO
Markets Insider

The US stock market could face collapse by 2050, according to new research by a Finnish economist. That's because US stock growth is unsustainable, and a crash is bound to happen in the coming decades. The findings of the study mirror recent commentary from Wall Street legends, who are warning...
3 DAYS AGO
Markets Insider

Crypto industry will 'come up with new things' and national digital currencies are moving ahead despite recent turmoil, BIS says

Cryptocurrencies will likely re-emerge from last year's turmoil, according to the Bank for International Settlements. "I would assume that the industry will learn from these failures and they will come up with new things," BIS Innovation Hub chief Cecilia Skingsley told Reuters. She also said the downturn in crypto hasn't...
1 DAY AGO
Markets Insider

Filings analysed by Bloomberg showed BlackRock was one of the biggest known holders of the embattled group's $8 billion in dollar-derived debt.
4 DAYS AGO
Markets Insider

The stellar jobs report on Friday could be bad news for stocks and the economy, Jeremy Siegel said. The Fed may keep hiking interest rates to keep inflation in check, the Wharton professor warned. Siegel still expects the Dow Jones Industrial Average to climb 18% to 40,000 points by 2025.
1 DAY AGO
Markets Insider

Insider's Zahra Tayeb asked ChatGPT what traits make for a good stock investor. The buzzy AI bot chucked out 6 virtues that lead to investor success, including patience and discipline. Its advice mirrored that of top investors like Warren Buffett, but failed to identify other key traits vital to investor...
3 DAYS AGO
Markets Insider

The billionaire investor was promised that he would make "two to three times" his money on the Twitter investment, he told CNBC.
32 MINUTES AGO
Markets Insider

Adani had a handful of auditors as young as 23 years old signing off on companies worth $100 billion, Hindenburg says

Shah Dhandharia audited the accounts of Adani Total Gas and Adani Enterprises. It only had 11 employees, with partners just 28 years old, per Hindenburg.
4 DAYS AGO
Markets Insider

Stocks could rally 21%, as there are indicators flashing their strongest signal since 2020, according to Ned Davis Research. The firm pointed to the S&P 500, which recently formed a so-called golden cross. Such signals have been confirmed by other longer-term indicators of stock market breadth, the firm said. Stocks...
1 DAY AGO