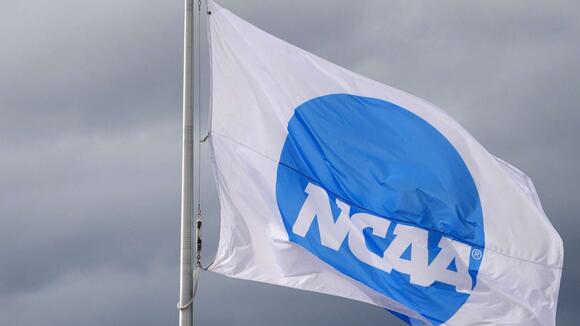 The U.S. Supreme Court on Monday ruled against the NCAA in a long-running dispute over a cap on education-related gifts and benefits that schools may provide student-athletes.

The unanimous decision, upholding lower court rulings, says the cap on a relatively narrow list of education-related benefits -- such as scholarships for graduate school, computers, musical instruments, and tutoring expenses -- violates federal anti-trust law and must be lifted.

The legal victory for the athletes deals a blow to the NCAA's longstanding policy of strictly limiting compensation beyond free tuition, room and board, but stops short of a sweeping decision allowing salaries for college athletes.

Justice Neil Gorsuch, writing for the court, concluded "that relaxing these restrictions would not blur the distinction between college and professional sports and thus impair demand" among consumers, as argued by the NCAA.

"By permitting colleges and universities to offer enhanced education-related benefits, [the lower court's decision] may encourage scholastic achievement and allow student-athletes a measure of compensation more consistent with the value they bring to their schools," Gorsuch wrote.

"Still, some will see this as a poor substitute for fuller relief. At the same time, others will think the district court went too far by undervaluing the social benefits associated with amateur athletics," he continued. "For our part, though, we can only agree with the Ninth Circuit [US Court of Appeals]: 'The national debate about amateurism in college sports is important. But our task as appellate judges is not to resolve it.'"

The case is one of the biggest tests in decades for the NCAA and its limits on athlete compensation, and critics said it could begin to dramatically alter the nature of college sports.

"We're thrilled with the decision. It opens the door for further challenges to the NCAA's biased compensation practices. It knocks out the NCAA defense," said Steve Berman, co-lead counsel for the group of former athletes that brought the case.

"The NCAA has for years claimed it was above the law," added Berman. "And this opinion not only sustains our victory but makes it clear going forward that the NCAA rules can be challenged like any other business rule."

The practical implication of the Supreme Court's decision, he said, is that colleges and universities will now be able to woo athletes with education-related benefits unfettered. "The door's wide open," Berman said.

In response to the ruling, the NCAA said it retained the authority to maintain compensation limits beyond educational benefits and would preserve the character of college sports, even as efforts are underway to allow student-athletes to profit off of their name, image and likeness in endorsement deals.

“Even though the decision does not directly address name, image and likeness, the NCAA remains committed to supporting NIL benefits for student-athletes,” said NCAA President Mark Emmert, referring to the association's 2020 policy decision. “Additionally, we remain committed to working with Congress to chart a path forward, which is a point the Supreme Court expressly stated in its ruling.”

The case was brought by a group of former NCAA Division 1 football and basketball players who accused the athletic conference of violating federal anti-trust laws by capping at $5,000 the amount of education-related benefits schools could provide.

The NCAA had argued that lifting the cap risks opening the floodgates to other compensation and eroding amateurism in athletics. Attorneys for the players said they are considering broadening their challenge to the policy with future litigation.

"Everyone agrees that the NCAA can require student athletes to be enrolled students in good standing. But the NCAA’s business model of using unpaid student athletes to generate billions of dollars in revenue for the colleges raises serious questions under the antitrust laws," Kavanaugh wrote.

"To be sure, the NCAA and its member colleges maintain important traditions that have become part of the fabric of America," Kavanaugh continued. "But those traditions alone cannot justify the NCAA’s decision to build a massive money-raising enterprise on the backs of student athletes who are not fairly compensated. Nowhere else in America can businesses get away with agreeing not to pay their workers a fair market rate on the theory that their product is defined by not paying their workers a fair market rate. ... The NCAA is not above the law."

NIL rulings do not change for high school student-athletes

The much-anticipated changes to the fundamental structure of college sports occurred recently when the NCAA suspended its longstanding amateur rules to allow college athletes to monetize their success and profit from their own Name, Image and Likeness (NIL). This action by the NCAA was expected after several state laws were...

Group licensing: A new way for college athletes to cash in. North Carolina is launching a group licensing program that will allow current Tar Heels athletes to profit from official school merchandise. The school announced its plan in partnership with The Brand Group. Athletes will receive a cut of net revenue for products that include UNC's trademarks and logos. Athletics director Bubba Cunningham predicts most schools will adopt similar models. Athletes at schools elsewhere have had to work around some restrictions on using team trademarks in individual deals. That includes Syracuse men's basketball player Buddy Boeheim, who is appearing on a cereal box.

The NCAA has awarded more than $1.2 million in initiative grants to 13 NCAA Division I schools to boost academic programs and initiatives that will help student-athletes earn their degrees. Youngstown State was one of those institutions, receiving a $100,000 AASP grant from the NCAA for 2021-22. The grants were...

On Tuesday, North Carolina announced that they have partnered with The Brandr Group (TBG) to launch the first-ever Group Licensing Program for current NCAA student-athletes. The innovative initiative comes three months after athletic director Bubba Cunningham struck a deal with TBG to create a voluntary licensing agreement for former athletes.

NCAA Allows Students To Profit from Name, Image, and Likeness

In April, the Arkansas State Legislature passed Act 810, which gives college athletes in the state the opportunity to be compensated for their name, image, and likeness. On July 1, the NCAA adopted an interim policy, which provides a uniform policy for all institutions. The University of Arkansas has created an in house program to help facilitate their student athletes, while smaller universities are depending on third parties to do this work. University of Central Arkansas athletic director Brad Teague and University of Arkansas associate athletics director Terry Prentice explain how the new NIL policies impact their student athletes.

It’s been a few weeks since NCAA athletes became legally able to earn money and endorsement deals from their name and image without fear of facing repercussions. Since June 30, hundreds of athletes have already signed deals both big and small. Two basketball players at Fresno State, twins Haley and...

It took several years of trial and error for Purdue athletes to master their own unique creative passions, whether it be artwork, music, or tattooing. It took several more for the upstart artists to create social media accounts, build their own brands and separate themselves from other influencers, all under strict NCAA regulations on name, image and likeness.

How Will a Supreme Court Ruling Affect Student-Athlete Compensation?

An Iowa associate professor of law offers insight into what the NCAA vs. Alston case could mean for the future of college athletics. On June 21, the U.S. Supreme Court ruled unanimously in NCAA vs. Alston that the NCAA violated antitrust law by restricting its athletes from receiving education-related, non-cash compensation, such as laptops and paid internships. Effective immediately, the decision allows college athletes to receive up to $5,980 in academic-related benefits and annual awards—potentially opening the door for challenges against other NCAA restrictions related to student-athlete compensation.

With college athletes able to profit from their fame for the first time, North Carolina opened a new path Tuesday for its players to cash in: group licensing for official Tar Heels merchandise. North Caro. lina is believed to be the first school in the nation to launch a group...

As the Mid-American Conference readies for its 75th season of football, its commissioner, Jon Steinbrecher, opened the conference's media days Tuesday with a resounding takedown of the NCAA. In opening remarks that spanned some 20 minutes and ranged on topics from changes in transfer rules to Name, Image and Likeness...

In his 2018 expert witness testimony on behalf of Shawne Alston and the other former college athletes suing the NCAA over its cap on “educational-related benefits,” Dan Rascher, an economic consultant and sports management professor at the University of San Francisco, highlighted the association’s little-known Student Assistance Fund. In a...

DUBUQUE, Iowa (KCRG) - Brands and businesses in eastern Iowa have already started benefiting from the name, image, and likeness of college athletes. This summer, the NCAA changed its rules, allowing college athletes to legally make money off the field and court. Zoarc Athletics is a brand originated in Dubuque with the mission of promoting fitness, health, and athletic performance.

After Supreme Court NCAA decision, student-athletes who want to cash in have to get educated: company founder

The founder of a new name, image and likeness advisory firm says educating student-athletes is the "most critical" piece to success in the uncharted industry, telling FOX Business that players need to learn financial literacy, an understanding of social media, content creation and taxes. Doug Fillis, the founder of Accelerate...

The recent creation of the NCAA transfer portal has made it much easier for student-athletes to explore options outside their current institution. This past year, the database has been pretty full. A combination of an ease to transfer rules and the COVID-19 pandemic resulted in the busiest year yet for...

This interview will be on “St. Louis on the Air” over the noon hour Friday. This story will be updated after the show. You can listen live. College athletes can now make a brand — and a buck — as the NCAA loosens restrictions governing their use of their name, image and likeness.

College athletes can now make a brand — and a buck — as the NCAA loosens restrictions governing their use of their name, image and likeness. St. Charles native Drake Heismeyer is one of a growing number of athletes capitalizing on the new opportunity. In an attempt to earn money while helping local businesses, the Mizzou offensive lineman shares his experiences at local restaurants on social media through his brand #69eatslocal. The eateries pay him, or trade food, for the exposure.

NCAA adopts interim name, image, likeness policy | NewsNOW from FOX. Drastic changes could be in store for the collegiate athletics landscape. The National College Athletics Association announced on Friday that its Board of Governors would convene a special constitutional convention in November, intended to propose "dramatic changes" to the NCAA Constitution.

Could ncaa make a rule for all non-football sports

That conferences cannot exceed a certain size, otherwise not eligible for national championships? The super conference could just make up its own championships and declare them supreme but still would never be able to compete with March madness, the only valuable brand the ncaa has left.

Since the inception of the National Collegiate Athletic Association over a century ago, student athletes have been prohibited from profiting off of their career on the assumption that it would put their ‘amatuer’ status in jeopardy. In light of a challenge to this restriction by the Northern District of California to make compensation less restrictive for student-athletes, the rule was reversed on June 21 — a move that could serve to level the playing field and attract top notch prospects to Ithaca.

HANOVER — When the calendar flipped from June to July, it marked a momentous change in collegiate athletics. After generations of prohibition in the name of amateurism, student-athletes can now try to make money off their name, image and likeness — or NIL — while in school. That includes endorsements,...