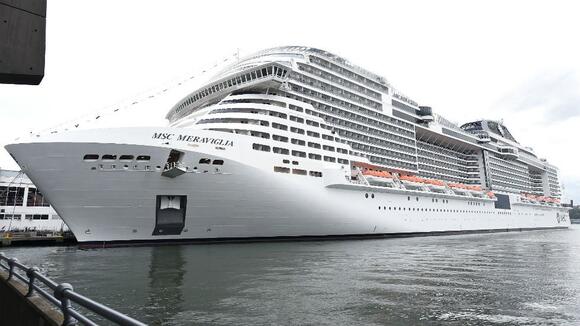 A federal judge in Florida on Friday ruled that the Centers for Disease Control and Prevention's (CDC) coronavirus-era sailing orders were an overreach of power, issuing a preliminary injunction temporarily barring the CDC from enforcing the guidelines.

Judge Steven Merryday for the Middle District of Florida in his ruling sided with the Sunshine State in its argument that the “CDC’s conditional sailing order and the implementing orders exceed the authority delegated to CDC.”

As a result, Merryday approved Florida’s motion for a preliminary injunction suspending the mandatory guidelines for cruise ships, writing that the CDC is “preliminary enjoined from enforcing against a cruise ship arriving in, within, or departing from a port in Florida the conditional sailing order and the later measures.”

The injunction will stay in place until July 18, at which point the “conditional sailing order and the measures promulgated under the conditional sailing order will persist as only a non-binding ‘consideration,’ ‘recommendation’ or ‘guideline,’” as is the case for other industries such as restaurants, railroads and hotels, according to the ruling.

The cruise industry had previously been under a conditional sailing order issued by the CDC since the end of October, under which cruise lines were required to commit to a phased approach of implementing testing and other safety measures before they could start sailing.

The conditional sailing order followed the end of the CDC’s no-sail order amid the coronavirus pandemic, and the CDC last month released the final guidance for cruise lines to apply to run test ships with voluntary passengers.

Merryday wrote in his ruling Friday, “Never has CDC conditioned pratique as extensively and burdensomely as the conditional sailing order; and never has CDC imposed restrictions that have summarily dismissed the effectiveness of state regulation and halted for an extended time an entire multi-billion dollar industry nationwide.”

“In a word, never has CDC implemented measures as extensive, disabling, and exclusive as those under review in this action,” he added.

Friday’s ruling resulted from an April lawsuit filed by Florida Gov. Ron DeSantis (R) on behalf of the state against the CDC and Health and Human Services Secretary Xavier Becerra arguing that the sailing orders and health requirements issued by the CDC for cruise lines were “arbitrary and capricious” and amounted to an unconstitutional overstepping of the agency’s authority.

DeSantis, who has long railed against coronavirus safety restrictions, praised the judge’s Friday ruling, writing in a statement issued by his office, “The CDC has been wrong all along, and they knew it.”

“The CDC and the Biden Administration concocted a plan to sink the cruise industry, hiding behind bureaucratic delay and lawsuits,” he continued. “Today, we are securing this victory for Florida families, for the cruise industry, and for every state that wants to preserve its rights in the face of unprecedented federal overreach.”

The Hill has reached out to the CDC for comment on Friday’s ruling.

Claim: “CDC has just announced they will revoke the emergency use authorization of the RT-PCR tests first introduced in 2/20. … Translation: They’ve been adding flu cases to Covid cases when using that test.”. Facebook post, July 25, 2021. Posts circulating on Facebook and Instagram claim the Centers for Disease...

Judges for the U.S. Court of Appeals for the 11th Circuit in Atlanta reversed course Friday, siding with Florida and banning mandated covid restrictions on cruises sailing from Florida. A court decision just six days previously had stated the opposite, and no explanation was made for the change. In a...

The State of Florida is taking its fight with the Centers for Disease Control and Prevention to the Supreme Court. Florida's attorney general asked the Supreme Court on Friday to step in on an emergency basis to block COVID-19 protocols put in place by the CDC requiring the cruise lines to meet certain conditions before they can sail again.

FORT LAUDERDALE, Fla. — In a matter of days, things have changed again for the cruise industry in Florida. Judges for the U.S. 11th Circuit Court of Appeals in Atlanta reversed course Friday, siding with the state by saying the Centers for Disease Control and Prevention cannot keep any of its COVID-19 safety measures in place as cruises sail from Florida ports this summer.

In yet another change, a federal appeals court has reconsidered Florida's win over the U.S. Centers for Disease Control and Prevention’s (CDC), and lifted the agency's Conditional Sail Order (CSO) regulations. Late on Friday, the 11th Circuit Court of Appeals decided to let stand the lower court's ruling in favor...

Republican Florida Governor Ron DeSantis has pledged to fight pandemic restrictions placed on cruise ships by the U.S. Centers for Disease Control and Prevention (CDC) all the way up to the Supreme Court. Under the governor's direction, the state of Florida sued the CDC in April, saying that Congress had...

CDC rules for cruise ships will remain in effect

A federal appeals court temporarily put on hold a lower court’s ruling that would have ended restrictions on cruise ships in Florida from the Centers for Disease Control and Prevention. The 2-1 panel decision came Saturday at 11:50 p.m. – about 10 minutes before the rules would’ve ended. “The undisputed...

Court Rules CDC’s Cruise Line Regulations Will Remain In Effect, Including In Florida

Although the regulations put in place by the Centers for Disease Control and Prevention’s Conditional Sailing Order were set to expire on Sunday, a last-minute ruling by a federal appeals court means they will stay in effect for the time being. What This Ruling Means. Literally minutes before a ruling...

A federal appeals court ruled Saturday that the CDC can enforce its Conditional Sailing Order (CSO) in Florida, overturning a lower court ruling in June that would have made the CSO unenforceable after July 18. Florida sued the CDC in April to overturn the CSO, which the state won in...

A panel of judges of the U.S. Eleventh Circuit Court of Appeals last night ruled in favor of the Centers for Disease Control and Prevention (CDC)’s position in its ongoing legal battle with the state of Florida over the agency’s right to impose COVID-19 regulations on the cruise ship industry.

CDC gets a last-minute hold against lifting cruise ship regulations

The rules under the U.S. Centers for Disease Control and Prevention’s (CDC) Conditional Sail Order were set to become just a recommendation last night, but a new judge has ruled to hold off on that change just yet. POLITICO reporter Josh Gerstein reports the Circuit Court of the 11th District...

Welcome to Friday’s Overnight Health Care. Add Disney and Walmart to the employers requiring employees to be vaccinated. If you have any tips, email us at nweixel@thehill.com, psullivan@thehill.com and jcoleman@thehill.com. Follow us on Twitter at @NateWeixel, @PeterSullivan4, and @JustineColeman8. Today: The CDC released data on a Massachusetts COVID-19 outbreak that...

A day after the Centers for Disease Control and Prevention reported more than 16,000 new cases of coronavirus in Florida, Republicans governors — including Florida's Ron DeSantis — are responding with hostility to new masking guidance from public health officials. It's opening a new front in the cultural war over...

CDC chief clarifies vaccine comments: 'There will be no nationwide mandate'

The head of the Centers for Disease Control and Prevention (CDC) said Friday "there will be no nationwide mandate" for the COVID-19 vaccine, clarifying comments she made about the administration looking into such a mandate. CDC Director Rochelle Walensky clarified remarks she made during an interview on Fox News when...

'EMBARRASSING' — The mask wars are back. Two members of Congress — Rep. Jared Huffman (D-Calif.) and Rep. Byron Donalds (R-Fla.) — had a tense encounter outside the House chamber after Huffman witnessed Donalds, unmasked, in an elevator, POLITICO’s Sarah Ferris, Olivia Beavers and Heather Caygle report. Earlier in the day, Rep. Lauren Boebert (R-Colo.) threw a mask in the face of a floor staffer who offered her one for being unmasked. Roughly two dozen House Republicans disregarded the new guidance and opted not to wear a mask on the floor — risking a $500 fine.

Six passengers on a Royal Caribbean cruise that departed the Bahamas last weekend have tested positive for COVID-19, including four guests who were fully vaccinated, the cruise line confirmed to The Hill. Royal Caribbean said in a statement that “four of the guests” on its Adventure of the Seas ship...

Gov. Ron DeSantis (R) on Friday said he will sign an executive order to "protect the rights of parents" and allow them to choose whether their children should wear masks even if their school requires them to do so. "In Florida, there will be no lockdowns, there will be no...

The number of coronavirus cases in Florida has jumped 50 percent over the past week, officials said Friday, as the state that already makes up a large chunk of the nation's total cases sees a surge in new infections. The Florida Department of Health said there were more than 110,000...

The CDC now recommends even vaccinated people wear their masks indoors in areas with a high or substantial transmission of COVID-19. That means most of the South and many counties throughout America are not safe. Dr. Anthony Fauci, the chief medical advisor to the President and the director of the National Institute of Allergy and Infectious Diseases, spoke with PBS's Judy Woodruff and gave this big warning about where we are now—and how you can protect yourself and your family. Read on—and to ensure your health and the health of others, don't miss these Sure Signs You Have "Long" COVID and May Not Even Know It.