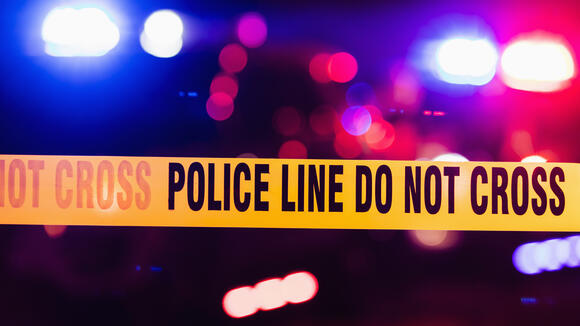 NEWPORT NEWS, Va. — A Virginia mother and father are facing charges after their toddler son shot himself with an unattended gun, authorities said.

According to The Associated Press and WVEC-TV, the incident occurred about 9 p.m. June 1 on 23rd Street in Newport News. Newport News police arrived to find a 2-year-old boy with a gunshot wound and rushed him to a nearby hospital, where he was treated for non-life-threatening injuries, authorities said.

Investigators believe that the toddler grabbed an unattended gun, which discharged, according to the news outlets.

Police arrested the toddler’s parents, Jamarea Looney, 21, and Dralon Richard, 25, on charges of reckless handling of a firearm and child abuse/neglect, the AP reported.

– The Associated Press contributed to this report.

GRANVILLE COUNTY, N.C. — A 4-year-old girl was among three people injured by gunfire during a road rage incident that erupted into shooting between two motorists. WTVD reported that both drivers have claimed self-defense. The gun violence occurred Saturday in Granville County. [ ALSO READ: Man charged with murder in...

A Louisiana man was arrested on his wedding night after he injured two people when got into a fight and started shooting at his bride’s male friend while they were stuck in traffic. St. John the Baptist Parish Sheriff Mike Tregre said an accident stopped traffic on Interstate 10 near...

GASTON COUNTY, N.C. — A retired Gaston County police sergeant is back after traveling more than 2,000 miles on a bike to raise awareness for law enforcement suicide. Sgt. Christopher Lowrance started his cross-country bike ride on May 3 in Astoria, Oregon. He finished Sunday with a full escort at the Gaston County Police Department.

QUEENS, N.Y. — Ten people were wounded after gunmen opened fire on a crowd outside a Queens laundromat Saturday night, officials with the New York Police Department confirmed Sunday. According to police and surveillance video of the shooting, two masked and hooded suspects shot three known members of the Trinitarios...

MONROE, N.C. — Police are investigating after a man was shot to death at an apparent party in Monroe early Sunday morning, officers said. Authorities said they responded at around 1 a.m. to South West Street where they found a man shot in a yard. Police said a gun was found under him.

CLEVELAND COUNTY, N.C. — A woman drowned in her backyard pond Saturday night, Cleveland County sheriff’s deputies confirm. Deputies were called to the woman’s house at about 9:30 p.m. where they found the woman in her backyard koi pond. [ ALSO READ: Crews recover body from Caldwell County creek after...

SEVIERVILLE, Tenn. — One woman is dead and another was injured when they were shot at an eastern Tennessee waterpark Saturday night, authorities said. Updated 2:05 p.m. EDT Aug. 1: Investigators said Sarah Romine shot both victims after getting into a verbal altercation with them in the parking lot of the Soaky Mountain Waterpark, WATE reported.

North Dakota man to stand trial in attack that killed 4

FARGO, N.D. — (AP) — It was one of the most gruesome mass killings in North Dakota history; four workers at a business who gathered early one morning for "coffee club" were slain in a matter of minutes. Three were shot and stabbed. The alleged killer shot nine times and flailed away with a knife, cutting one victim's throat.

BUFFALO, N.Y. — A woman who said she was ghost hunting was injured Saturday night after she fell nearly 20 feet through a roof of a New York train station. Buffalo police said the woman was with a man when she fell through the roof of the Buffalo Central Terminal around 10:30 p.m., WKBW reported.

Adrenaline junkies in Utah are apparently partaking in a leisure lifestyle too. The Weber County Sheriff’s Office issued a warning to people who are setting up hammocks on transmission poles carrying power lines — it’s unsafe. “Over the past few years we have noticed an increase in people hammocking from...

CORONA, Calif. — (AP) — A young TikTok star who had been on life support after he and a friend were shot inside a Southern California movie theater has died, police and his family said Saturday. Anthony Barajas, 19, was watching “The Forever Purge” at a theater in Corona with...

ZAGREB, Croatia — (AP) — A German couple have been detained in Croatia for leaving their two children and a dog in a locked car with closed windows in sweltering heat, police said Sunday. A statement said that citizens in the northern coastal town of Porec on Friday evening alerted...