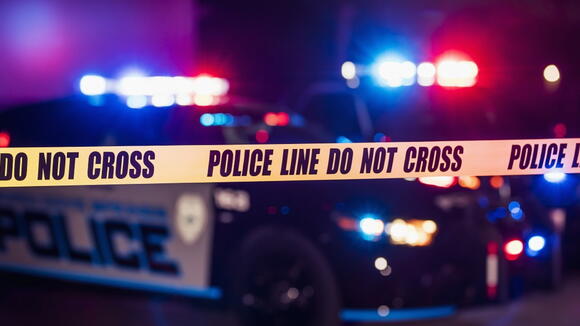 DALLAS — A woman is accused of fatally stabbing a 6-year-old girl and injuring a teenage boy in a Dallas neighborhood Thursday, authorities said.

The woman, who was not identified but is in custody, allegedly attacked the children at about 1:50 p.m. CDT, The Dallas Morning News reported. Police did not say whether the woman and children were related, or how they were connected, the newspaper reported.

According to the Dallas Police Department, a person who lived inside the home went to get a neighbor, who was an off-duty law enforcement officer, to help detain the woman and get help for the girl, WFAA reported.

The teen was also hospitalized and was in stable condition, KXAS reported.

Jeanetta Thomas, who lives near the family’s home, told WFAA that the woman “stabbed the baby and attempted to stab everyone else.”

Police have not released any information about the circumstances that led to the attacks. The woman was being questioned by detectives, the Morning News reported.

LANCASTER COUNTY, S.C. — A 14-year-old boy is accused of shooting and killing a 44-year-old woman in Lancaster County, the sheriff’s office announced Tuesday afternoon. The teen was taken into custody Monday evening and taken to the Department of Juvenile Justice Detention Center in Columbia. On Monday at about 6:40...

Police investigating after man found shot to death in Gastonia

GASTONIA, N.C. — Police are investigating after a man was found shot to death Monday night in Gastonia. The shooting happened around 10 p.m. on Allison Avenue off North Chester Street. [ ALSO READ: Shooting during robbery at north Charlotte business sends 3 to hospital ]. When police got to...

AURORA, Colo. — Colorado authorities are investigating a toddler’s death after the 2-year-old fell from an escalator at the Town Center in Aurora on Sunday. Aurora Police Department spokesperson Agent Matthew Longshore confirmed in a statement to KCNC-TV that the child, who was rushed to an area hospital with life-threatening injuries, died early Monday.

CATAWBA COUNTY, N.C. — Family members -- as well as investigators -- are growing more concerned about foul play in the disappearance of a Catawba County father earlier this month. Reporter Dave Faherty spoke with the parents of Tony Jaworsky on Tuesday, who said they are very concerned. Deputies said...

WATERLOO, Iowa — An Iowa man is facing gun charges after firing a shot during a Sunday night dispute with a neighbor. Court records indicate that Tianzo Earl McNabb, 42, pulled out a pistol during the argument and pointed it at his Waterloo neighbor. When the neighbor said he thought that the weapon was a BB gun, McNabb allegedly fired a shot into the air before stepping back inside his home, The Waterloo-Cedar Falls Courier reported.

Police: Attack on 14-year-old Dutch girl may be LGBTQ-linked

THE HAGUE, Netherlands — (AP) — Police in Amsterdam said Tuesday that they are treating a brutal assault on a 14-year-old girl as a possible LGBTQ-related attack. The assault Monday gained national prominence after Paul Brink posted a photo of his daughter Frédérique on LinkedIn, her nose broken, grazes visible on her face and a tear rolling down her left cheek.

WILDWOOD, N.J. — A New Jersey woman is accused of stealing an oil tanker last weekend and eluding authorities for eight hours and 80 miles before authorities apprehended her at a Wawa. Camille Wescott, 44, of Lawnside, was arrested Saturday and charged with receiving stolen property, obstruction and resisting arrest,...