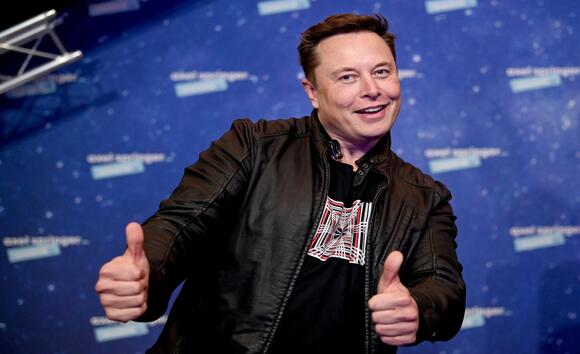 Elon Musk is so impressed with his cars' HVAC system that he is thinking of upscaling it to a home system.

One thing true Musk fans know is that Tesla does not advertise its products, but the impressiveness of their HVAC has the billionaire seriously thinking about buying advertising space, Inverse reported.

“Oh man, home hvac that is super energy efficient, quiet & purifies the air would be great. We developed it for the car, but it can be scaled up for home use," Musk tweeted.

“Most people have no idea just how good the Tesla air purification system is. Literally 10X better than any other car. Maybe we should advertise informationally just so people know stuff like this exists,” he added.

In the now infamous, meme-filled interview with Joe Rogan, Musk explained to Rogan that the problem in home consumption and wasting energy is not about, say, leaving the lights or TV on, but the heat these products generate.

In most houses, 41 percent of energy in the nation is being consumed due to heating, according to the Energy Information Administration. In the mid-Atlantic (Delaware, Maryland, New Jersey, New York, Pennsylvania, Virginia, Washington, D.C., and West Virginia) it’s more than half.

Some say you shouldn’t fix what ain’t broke, but Elon Musk doesn’t seem to want to settle. The already commercially successful Tesla Model Y is getting a redesign, and it could enable the firm’s mass-market car to reach more buyers than ever. During the company’s second-quarter 2021 earnings call this...

A person with a reliable track record of obtaining insider information from Tesla claims his sources have told him, Tesla is planning to discontinue the Model 3 after the $25,000 compact car (Model 2) begins production. Currently, Tesla has two brand new compact vehicles under development. The first vehicle’s development...

Tesla Inc. will allow drivers of rival electric vehicle brands to tap into its network of Superchargers, the largest fast-charging network in the U.S., the company’s Chief Executive Elon Musk said yesterday. Fill out the form to read the full article. By signing up, you agree to receive E&E News...

The Tesla Model X Plaid may not be getting delivered to its customers yet, but the refreshed flagship SUV seems to be well on its way towards being production-ready. This was hinted at by the increasing number of the upcoming vehicle’s sightings across the United States. Just recently, electric vehicle...

Jordan Belfort, the former stockbroker and subject of the 2013 hit 'Wolf of Wall Street,' argues Tesla CEO Elon Musk 'might not be pumping and dumping' cryptocurrencies, but others 'pump and dump around the hype' that he creates. Tesla CEO Elon Musk on Friday slammed Apple for the fees it...

New York (CNN Business) — As if Elon Musk isn't running enough companies, he once may have suggested taking over as CEO of America's most valuable business, Apple. Five years ago, in the midst of manufacturing delays and other issues plaguing Tesla's planned Model 3 launch, Musk is said to have had a phone call with Tim Cook during which the Apple (AAPL) CEO proposed buying Tesla. Musk said he'd do it, but on one condition: "I'm CEO." It reportedly took Cook a moment to realize Musk meant taking his job.

Elon Musk Reportedly Once Tried to Become CEO of Apple

Once upon a time, Elon Musk tried to be CEO of Apple, according to a new book. The book explains that at some point, Apple tried to acquire Elon Musk’s Tesla. And Musk agreed to sell the EV company if he was made Apple CEO. But Tim Cook said “no deal,” or more like “f*** you.”

In a recent tweet, Tesla CEO Elon Musk commented that the e-car maker has close to $1.47 billion worth of Bitcoin on its balance sheet. Tesla disclosed a $1.5 billion Bitcoin bet in its 10-K report that was issued on Feb. 8. The mammoth purchase made by the S&P 500...

Nikola Motor founder and former executive chairman Trevor Milton has been called a lot of names, including an Elon Musk "wannabe." Being compared to someone with a $160.4 billion net worth can't be easy, but it's nothing compared to Milton's recent indictment on multiple accounts of fraud. Article continues below...

Elon Musk sides with Epic in battle with Apple

There is likely a big cross-over between Tesla and Apple fans with both companies making sector-leading products with lots of highly engaged fans but also lots of critics. Those fans may find themselves increasingly conflicted however, as Elon Musk has taken an increasingly anti-Apple stance. Two days ago Elon Musk...

Neuralink has secured a Series C round from Google Ventures and others, while rival Synchron is preparing in-human trials in the US. Neuralink raised $205m in funding led by Dubai-based investment firm Vy Capital. A group of individual investors also contributed to the Series C funding round, including former Y...

Elon Musk discussed Tesla's new Full Self-Driving (FSD) subscription in the company's earnings call. Musk said it was "debatable" whether it's worth paying the subscription right now. He said people subscribing to FSD, which doesn't make your Tesla autonomous, were "betting on the future." See more stories on Insider's business...

Elon Musk announced that will hold an AI Day on August 19 via Twitter on Wednesday evening. Though Tesla has previously held an Autonomy Day in 2019 and a Battery Day in 2020, AI Day marks the first time that the car manufacturer will dedicate an event exclusively to artificial intelligence.

Elon Musk is once again touting the merits of Dogecoin, proclaiming the cryptocurrency is money. Dogecoin started out as a meme, but has become a serious force in the crypto market recently. The Dallas Mavericks now accept it as payment, SpaceX accepted it as payment for delivering a satellite to the moon and the crypto even reached the fourth-largest valuation of any cryptocurrency.

Tesla CEO Elon Musk told investors Monday during the company's second quarter earnings call not to expect him on future calls unless he has something major to announce. "I will no longer default to doing earnings call," Musk said, according to Bloomberg. "Obviously I’ll do the annual shareholder meeting, but I think that going forward I will most likely not be on earnings calls unless there’s something really important that I need to say."

From disagreements about what "Autopilot" should mean and SolarCity lawsuits to space colonization and Boring Company tunnels, extremely online Tesla CEO Elon Musk and his company stay firmly in the news, giving us all plenty of opportunities to consider whether the company that made electric cars cool counts as tech.

Tesla has always done things differently, so it came as no surprise when Elon Musk announced earlier this year that you could buy a Model S using the cryptocurrency Bitcoin, the world's largest digital currency. Ultimately, this was short-lived as Tesla stopped accepting Bitcoin payments back in May, citing concerns about the environmental impact of Bitcoin mining that uses a lot of electricity generated by fossil fuels.

Elon Musk, the second richest man in the United States, the third most wealthy man in the world and the owner of Tesla and Space X, sold his California mansions for a $50,000 box in Boca Chica, Texas. The box in question is a tiny home designed by the company...

Nuclear power plants often face stiff opposition from the public for the various perceived risks associated with the process of power generation. Supporters of nuclear power, however, call it a greener source of energy for a number of reasons, among them being the fact that it doesn't produce any greenhouse gases. Elon Musk, the Technoking of Tesla, agrees with this point of view.