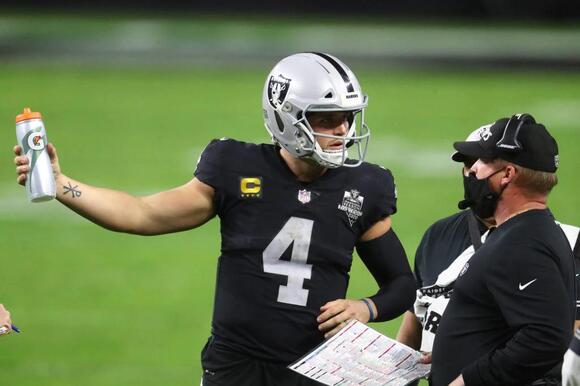 Las Vegas Raiders quarterback Derek Carr recently hinted that he’d retire if he got traded , but maybe he’d be better served on a different team. Let’s look at some ideal trade scenarios for the three-time Pro Bowler.

You can bet that Raiders coach Jon Gruden would jump at the chance to acquire Aaron Rodgers no matter what the cost was. A couple first-round picks and an established QB in Carr seems like more than enough to pique the Green Bay Packers’ interest.

The assumption is that if Rodgers is out of Titletown, Jordan Love will step in to take over. While nice in theory, Love didn’t get nary any reps as a rookie in practice as the third-stringer, much less in a live, actual game. 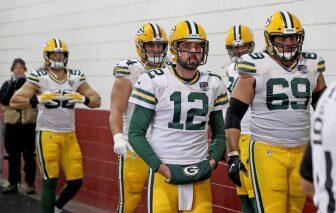 Rodgers’ holdout has helped Love gain some much-needed experience, but let’s be real: Love is supposed to be the long-term successor to Rodgers and Brett Favre before him. Talk about a couple tough acts to follow.

Even though the Packers’ roster has obvious shortcomings, they’re very much in Super Bowl-or-bust mode. You think Love is equipped to handle that?

At least with Carr, there’s been high-level production over the past two seasons and a sense that he could step into Green Bay and hold his own. Meanwhile, the Raiders franchise would get the spark they’ve desperately sought with Rodgers coming to Las Vegas.

Related: Everything you need to know about the 2021 NFL season

There was buzz around the 2021 NFL Draft that the Carolina Panthers might select a first-round quarterback despite already trading for Sam Darnold . That goes to show how serious this team is about getting a viable signal-caller.

Darnold is a dubious decision-maker and, in all honesty, doesn’t feel like face-of-the-franchise material. Carr is a more mature leader who can take charge of a locker room and would give Carolina the best long-term outlook in the NFC South at the most important position. 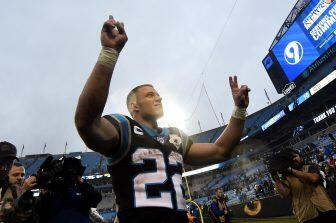 These young Panthers have a window of opportunity, and Carr is a safer bet than Darnold. If the Raiders would want Darnold back in the trade, that’s their prerogative, but they might be better off letting Marcus Mariota run the show in 2021 if Carr were to be dealt away.

Pass-rusher Brian Burns is someone Las Vegas would love to get back in a Carr trade. Pair him with Yannick Ngakoue, and the Raiders would have a truly dynamic duo on the edge of their maligned defense.

Part of the reason the trade package for the Miami Dolphins is rather expensive here is that the Silver and Black would have the leverage.

Xavien Howard is holding out of training camp, and obviously wants to go somewhere he’ll get paid even more. Las Vegas has a dire need for a proven but still young cornerback in its secondary, and who better than Howard to fit the bill?

The Dolphins might be held back by second-year QB Tua Tagovailoa , who struggled to grasp the playbook as a rookie while draft classmates Joe Burrow and Justin Herbert thrived. That doesn’t bode well for Miami. 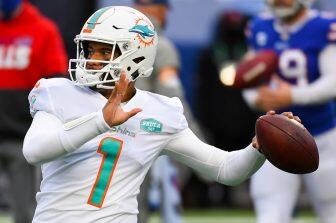 Carr would probably love to go to a culture spearheaded by Dolphins head coach Brian Flores, who’s essentially building his own southern version of the Patriot Way. He’d allow Miami to rely on Carr — Pro Football Focus’ ninth-best passer from 2020 — as opposed to an unknown, struggling youngster in Tagovailoa.

This may not seem “ideal” but if the Houston Texans want to distance themselves from Deshaun Watson as soon as possible, a trade to the Raiders may be the best way to do that.

Because of the off-field scandal surrounding Watson and his trade demand, Houston is in a difficult spot when it comes to finding a trade partner. However, Las Vegas has shown a willingness to roll the dice in the past.

Players like Antonio Brown and Vontaze Burfict have come and gone during the Gruden-Mike Mayock era. They also still employ Richie Incognito. Unless Watson’s alleged sexual misconduct proves to be as extreme and extensive as all the civil suits say, he’ll be eligible to play in the NFL again. 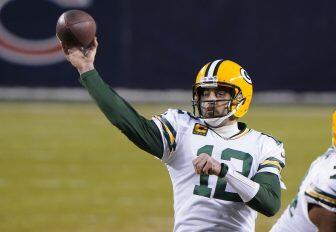 Watson is the type of risk-reward move Gruden lives for. He also presents significantly more upside than Carr.

Since Carr is all about loyalty and is committed to the Raiders organization, if he were to go anywhere, Houston seems like a strong fit. His brother, David, was once a Texans No. 1 overall pick.

How cool would it be to see the younger Carr help to turn around the Texans? That’d be even more impressive than leading a winner in Las Vegas, considering Houston’s currently dire state of affairs. 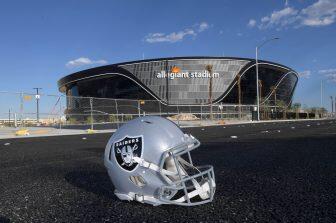 One former Green Bay Packers official believes Aaron Rodgers will be traded. However, it won't be anytime soon as Andrew Brandt said the Packers will send him to another NFL team in 2022. Brandt believes the team will make a "contract accommodation" for Rodgers before they trade him. "My Aaron...

In the rampant speculation on potential landing spots for Green Bay Packers quarterback Aaron Rodgers, no team has been mentioned more than the Denver Broncos. While the conjecture about Rodgers’ future has been relatively quiet lately, whenever there is a blip on the radar, it always seems to involve the Broncos.

Atlanta Falcons schedule takeaways: Atlanta is not given a reprieve early on, forced to take on the Tampa Bay Buccaneers

Derek Carr had plenty to talk about in a phone interview with Vic Tafur of The Athletic as the Raiders quarterback prepares for his eighth season with a Silver and Black. Among other things, Carr discussed his excitement regarding the Raiders' offseason roster additions, especially defensive end Yannick Ngakoue. "I...

Could the Las Vegas Raiders trade QB Marcus Mariota to the Indianapolis Colts?

Raiders quarterback Marcus Mariota is too valuable to another NFL organization’s potential success to remain on the Raiders’ bench for much longer. As NFL training camp marches on for all 32 NFL teams, including the Las Vegas Raiders, injuries are unfortunately inevitable. With that being said, it is never ideal to lose your starter at the position, let alone in training camp.

Las Vegas Raiders: 3 position groups that could go from a question to a strength

INDIANAPOLIS, INDIANA - SEPTEMBER 29: An Oakland Raiders helmet on the field before the game against the Indianapolis Colts at Lucas Oil Stadium on September 29, 2019 in Indianapolis, Indiana. (Photo by Justin Casterline/Getty Images) With questions on both sides of the ball, this is a huge summer for the...

Carolina Panthers wide receiver Keith Kirkwood had to leave Tuesday’s practice in an ambulance because of a scary hit he took from safety J.T. Ibe. After practice was over, Panthers head coach Matt Rhule spoke to the media about that terrifying incident. He called Ibe’s hit on Kirkwood “completely unacceptable” and “undisciplined.”

The Las Vegas Raiders are a week away from reporting to training camp, which kicks off the push to start the 2021 season. It’s been a busy offseason for the team as they desperately tried to make the right moves to get on the right track and breakthrough as a playoff team.

Reserve offensive lineman Sam Young hung up his cleats Tuesday, becoming the third player on the Las Vegas Raiders to

Divine Deablo has officially signed his first NFL contract with the Las Vegas Raiders, the team announced on Friday. The 6-foot-3 inch 226-pound defensive back was selected with the No. 80 overall selection of the 2021 NFL Draft by the Raiders in the third round. Deablo is officially a member of the team and is listed as a linebacker on the roster.

In the storied history of the Las Vegas Raiders, there may not be a player who triggers as much division as Derek Carr. The previous three seasons, Carr has been a lightning rod of discussion among Raider Nation. The discussion has merit on each side, but I’m here to say that Carr will indeed return to the Pro Bowl next year.

Raiders Jon Gruden and Derek Carr, “Like a Corny Marriage”

Apparently, corny marriages are now a reality in the NFL. Or at least within the Raiders organization that is. Raiders general manager Mike Mayock revealed in an interview with The Las Vegas Review-Journal that Raiders head coach Jon Gruden and quarterback Derek Carr are like two peas in a pod.