Trump Organization CFO Allen Weisselberg could be charged as soon as this summer, report says 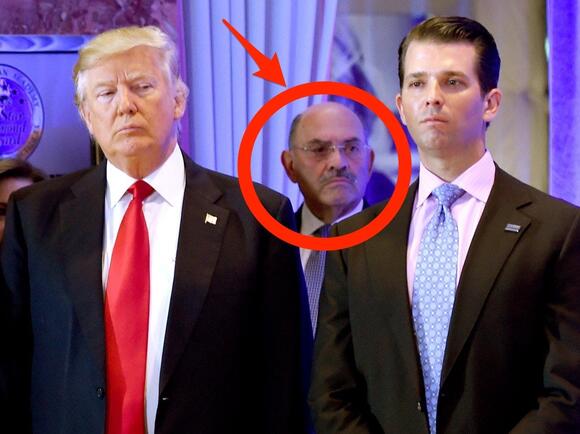 Allen Weisselberg, the Trump Organization's chief financial officer, could be charged with a crime by the Manhattan district attorney's office as soon as this summer, The New York Times reported .

The DA's office is investigating if the Trump Organization violated state laws when it facilitated a $130,000 hush money payment to the adult film actress Stormy Daniels shortly before the 2016 election. Daniels alleges that she had an affair with former President Donald Trump in the mid-2000s and that Trump arranged the payment to her in exchange for her silence while he was running for the White House.

Trump's longtime former lawyer and fixer, Michael Cohen, later testified to Congress that he paid Daniels and that Weisselberg was aware of it and helped facilitate the reimbursements to Cohen, which were made in several installments.

Read more: The Manhattan DA's office picked up the pace of its investigation into Trump's finances once it hired a prosecutor who used to pursue mob bosses, a cooperating witness says

The DA's investigation kicked into high gear a few months ago when the Supreme Court cleared the way for state prosecutors to obtain Trump's closely held personal tax records. People familiar with the matter told The Times that a grand jury has been hearing evidence related to Weisselberg, and his former daughter-in-law Jennifer told Insider's Jacob Shamsian that she's also talked to prosecutors and has several boxes of documents she believes could be relevant to the investigation.

Though the report said he could be charged as soon as this summer, it's not clear if prosecutors will ultimately seek to indict Weisselberg. Indeed, investigators could be tightening the screws on him in an effort to get him to flip and secure his cooperation against a bigger fish.

Either way, experts believe the investigation into the Trump Organization is entering its end stages. The district attorney, Cyrus Vance Jr., is also retiring at the end of the year, and experts believe he'll want to make charging decisions before he leaves office.

Trump, for his part, has repeatedly expressed frustration with the DA's investigation as well as a separate, ongoing investigation by the New York attorney general, Tish James. James' probe began as a civil inquiry but recently shifted to a criminal investigation, and her office recently said it had started working with Vance's office in its investigation.

Last month, Trump unloaded on both Vance and James in a 909-word statement posted to his now-defunct blog.

He skewered James as someone who "literally campaigned on prosecuting Donald Trump before she even knew anything about me" and pointed to several statements she made criticizing his administration and business dealings while she ran for office.

"The Attorney General made each of these statements, not after having had an opportunity to actually look at the facts, but BEFORE she was even elected, BEFORE she had even seen a shred of evidence," he said. "This is something that happens in failed third world countries, not the United States."

"If you can run for a prosecutor's office pledging to take out your enemies, and be elected to that job by partisan voters who wish to enact political retribution, then we are no longer a free constitutional democracy," Trump, who frequently called for the prosecution and imprisonment of his political opponents while in office, added.

Trump tax returns to be released to Congress: DOJ

The jig may finally be up. Former President Donald Trump’s income tax returns can be given over to Congress, the Department of Justice announced Friday — paving the way for yet more scrutiny into potential corruption in both his administration and businesses. The Office of Legal Counsel for the DOJ...

The Daily 202: Here's what could happen to the Trump Organization now

Welcome to The Daily 202. I'm David Fahrenthold and I'm in for Olivier Knox, who will be back tomorrow. On this day, in 1974, the House Judiciary Committee approved the first of three articles of impeachment against President Richard Nixon. The committee accused Nixon of trying to cover up the 1972 break-in at the Democratic National Committee’s headquarters and of making false statements to the public and investigators. We all know how that ended.

WASHINGTON – A federal judge is giving former President Donald Trump time to challenge a Department of Justice order that said the IRS must surrender his income tax returns to Congress. U.S. District Court Judge for the District of Columbia Trevor McFadden said that Trump and his lawyers have until...

Donald Trump appeared to admit the central thrust of the criminal case against the Trump Organisation on Saturday, asking how “anybody could know” businesses have to pay tax on the benefits they offer employees, such as company cars or school fees. The former president’s property empire has been accused of...

Notes of a December call made by President Donald Trump to senior Justice Department officials, released Friday by the House Oversight Committee, show Trump urged those officials to publicly declare the results of the 2020 election "corrupt." Handwritten notes from one of the participants in the December 27 conversation demonstrate...

Rudy Giuliani says ‘I committed no crime’ while working for Trump

A new report in the Hill warns that Kamala Harris’ “tactical missteps” are dragging down her approval rating, and one Democrat strategist warns, “I think she has the potential of doing more harm than good” in coming elections. The bad news for Democrats comes just days after Convention of States...

Senate Democrats reportedly booed their fellow Sen. Joe Manchin, D-W.Va., after he mentioned the national deficit during a Tuesday caucus luncheon. Though it's not clear why he brought up the sore subject, Politico, the first to report the incident, speculated that it may be related to concerns around the $3.5 trillion price tag of the Senate Democrats' infrastructure reconciliation bill – a number that Manchin has suggested is far too lofty.

CNN — A sitting president of the United States is usually the person who drives political conversation. Former presidents tend to be an afterthought. But even as we stand more than six months into Joe Biden’s administration, the President is fighting for attention with his predecessor, Donald Trump, to a degree not seen in recent history. The impact of this dynamic could upend expectations about the midterm elections.

The ex-president’s refusal to accept defeat is taking a toll on the party in a key battleground state.

FACT CHECK: Did Rachel Maddow Reveal In July That Joe Biden’s Approval Rating Is Higher Than Ted Cruz In Texas?

This week the Department of Justice let Rep. Mo Brooks, R-Ala., know it is not going to be his wingman. At least, not in the context of defending him against California Democratic Rep. Eric Swalwell’s lawsuit. Swalwell alleges that Brooks should be held liable for inciting the insurrection in the...