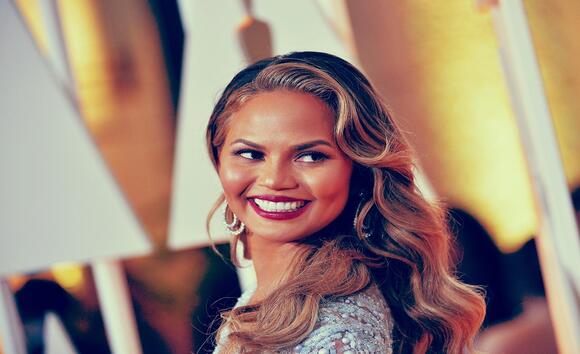 While she has been “canceled” by many for being an alleged bully, Chrissy Teigen has been on an apology tour.

However, she may be making things worse for herself as a series of screenshots from a stylist has unraveled her sincere apology on Medium, Page Six reported.

As Changing America and The Hill previously reported, Teigen, an embattled TV personality and model, wrote in a Medium post published Monday explaining her behavior – she was trolling celebrities, in her own words.

Now that three department chains have dropped her cookware line "Cravings by Teigen," Teigen has spent some time reflecting on her past actions on Twitter.

"In reality, I was insecure, immature and in a world where I thought I needed to impress strangers to be accepted. If there was a pop culture pile-on, I took to Twitter to try to gain attention and show off what I at the time believed was a crude, clever, harmless quip," Teigen wrote in her Medium essay.

Just when things for the troubled 35-year-old could not get any worse, it was revealed that fashion stylist and “Project Runway” star Michael Costello had suicidal thoughts after being bullied by her, and he has receipts.

In 2014, Teigen accused Costello of being a racist, with Costello trying to tell Teigen on Instagram that the messages she was referring to were Photoshopped.

Teigen responded back, “you deserve to suffer and die.”

When she allegedly blackballed him from the industry, Costello wanted to take his own life.

Costello is the newest known victim of Teigen’s alleged harassment among Courtney Stodden, then a teenage reality star married to 51-year-old actor Doug Hutchinson; Lindsey Lohan, a former child actress; and Quvenzhané Wallis, the youngest actress to be nominated for the Academy Award for Best Actress for her role in "Beasts of the Southern Wild."

USA Today reported that Teigen got a tattoo of an imperfect butterfly drawn by her five-year-old daughter, Luna.

The image of the butterfly was shown on Instagram, with the caption that reads:

"In the end we decided to leave it right where she belonged. A little imperfect, a little messy, but hell she’s here to stay."

Stars Who Have Had Rainbow Babies

The following article includes mentions of pregnancy loss and other sensitive topics. Experiencing pregnancy loss can be heartbreaking. But what can help begin the process of healing and create hope for the future is the possibility of having another baby. While you could never replace the child that was a part of your life for however long they were with you, some are able to keep a place in their hearts for the child (or children) they've lost while also making room for a new member of the family. This little one is sometimes called a rainbow baby.

Chrissy Teigen penned a candid message about her mental health in the aftermath of her bullying controversy. Chrissy Teigen revealed that her mental health is in turmoil amidst her newfound membership in the “cancel club.” The cookbook author, 35, reflected on the backlash she received following allegations that she cyberbullied media personality Courtney Stodden and fashion designer Michael Costello on Instagram on Wednesday, July 14, explaining that she feels like “utter shit in real life” despite her cheery internet facade.

Chrissy Teigen In A ‘Meltdown’ After ‘Desperately’ Begging John Legend To Not Leave Her To Go On Tour?

She can't regret it enough, but the so-called "cancel culture" seems to have caught up with her. Chrissy Teigen has been subject to much criticism after her tweets from 2011 resurfaced, revealing several harassing messages towards Lindsay Lohan, "Teen Mom" star Farrah Abraham, and, most prominently, Courtney Stodden — whom she allegedly told to take a "dirt nap" among other hurtful messages.

Nothing brings Twitter together like the social media antics of one Chrissy Teigen. On Wednesday, the model and Cravings founder took to her Instagram to lament her self-imposed exile from Twitter and reveal that she’s “depressed” following a rehashing of her past online behavior—particularly her bullying of a teenage Courtney Stodden, who attracted media coverage in 2011 for their marriage to 51-year-old actor Doug Hutchinson. In part, Teigen wrote in a lengthy caption:

Chrissy Teigen is sharing her candid and emotional response to current fan mail she’d been despatched. The embattled 35-year-old star took to her Instagram Story on Wednesday, July 21 to share footage of herself breaking down in tears in response to letters she acquired in the mail from followers providing condolences after the being pregnant loss she suffered final yr. The video didn’t present her face however as an alternative targeted on the mound of notes on the counter of the house she shares with her husband John Legend.

Chrissy Teigen is feeling thankful for her fans. In videos shared to Instagram Stories on Wednesday, the 35-year-old Cravings author showed off the tons of mail she and husband John Legend received after she suffered a pregnancy loss last September. “This is just piles of letters that we just got...

Courtney Stodden slammed Chrissy Teigen — who admitted to cyberbullying the TV personality when they were 16-years-old — for continuing to “gripe” about being in “cancel club.” Stodden also once again denied claims that Teigen ever reached out to them via text to apologize. “I have a message for her,”...

Chrissy Teigen in tears over condolence letters for baby Jack

Chrissy Teigen has revealed the stack of condolence letters she received from fans, after her baby son Jack was stillborn in September 2020. The 35-year-old model and her husband John Legend, 42, were overwhelmed after they received piles of handwritten correspondence from fans, which had been delayed due to the COVID-19 pandemic.

Courtney Stodden clearly doesn’t have much sympathy for Chrissy Teigen‘s latest social media post about the consequences for her former penchant for cyberbullying. The now non-binary Stodden posted a TikTok video of themself giggling, superimposed over screenshots of Teigen’s latest online post, in which she admits to being depressed for having been “cancelled” for her behavior.

Chrissy Teigen feels “lost” and “depressed” after becoming a part of “cancel club”. The ‘Lip Sync Battle’ star recently apologised for being a “troll” following bullying accusations from Courtney Stodden – who claimed the 35-year-old beauty used to message her to tell her to take her own life – but she admitted the scandal has taken its toll on her mental health and she doesn’t feel “right” about leaving the house any more.

Chrissy Teigen says she could be canceled forever

Chrissy Teigen has decided to stay out of everyone’s lives. TMZ paparazzi caught up with the “Cravings” cookbook author, who told them she’s avoiding trouble by minding her own business. “I have decided I’m not getting involved in anyone’s s–t ever again,” she told the camera operators. When asked how...

Chrissy Teigen Opens Up About Her Mental Health Struggles

Chrissy Teigen has opened up about how being a member of the “cancel club” has impacted her mental health. In a lengthy Instagram post, the model has addressed how her mental health has been affected since being “cancelled”. Teigen faced severe backlash across social media after numerous examples of her...

Chrissy Teigen cries after receiving fan letters about her pregnancy loss: 'I love you guys'

Chrissy Teigen got emotional on her Instagram Story Wednesday as she went through fan letters regarding her pregnancy loss. The 35-year-old model and husband John Legend announced in September they had lost their son Jack at 20 weeks. "This is just piles of letters that we just got because the...

In May, Courtney Stodden revealed to the Daily Beast the online abuse they had endured at the hands of Chrissy Teigen, who told the then-teenager to “go to sleep forever” and that “I hate you,” as well as accusing Stodden of being on drugs. Teigen later “apologized,” although I wouldn’t quite call it that. Neither would Stodden, who told TMZ Wednesday that Teigen had not reached out to them, and that “they have no idea what Teigen’s talking about.”

All products featured on OK! Magazine are independently selected by our editors. However, when you buy something through our retail links, OK! Magazine may earn an affiliate commission. Article continues below advertisement. Bringing back the boldness of the '60s!. Whether you are new to makeup or basically a Kylie Jenner,...

Chrissy Teigen said she has "learned a whollllle lot" about cancel culture in the past two months. The cookbook author took to Instagram on July 14 to express that she's at a loss for words as she tries to move past recent bully allegations against her. "Iiiii don't really know...

Earlier this month, Chrissy Teigen escaped to Italy for a family vacation in the wake of the cyberbullying scandal that has threatened to end her lucrative career being, well, Chrissy Teigen. Since May, the 35-year-old model-turned-influencer has reportedly lost brand deals with Macy’s, Bloomingdales, and Target. She also recently “stepped away” from the cleaning products company she launched with Kris Jenner earlier this year, and she “voluntarily” exited a guest voiceover role on Mindy Kaling’s Netflix show Never Have I Ever. Teigen’s husband, John Legend, is sticking by her, but few other celebrities have come to her defense. What will she do now?

The canceler has become the canceled and now she is looking for support. In a personal Instagram post, Chrissy Teigen opened up about how she has been emotionally reeling after multiple allegations of bullying were levied against her over the last number of weeks. “Iiiii don’t really know what to...