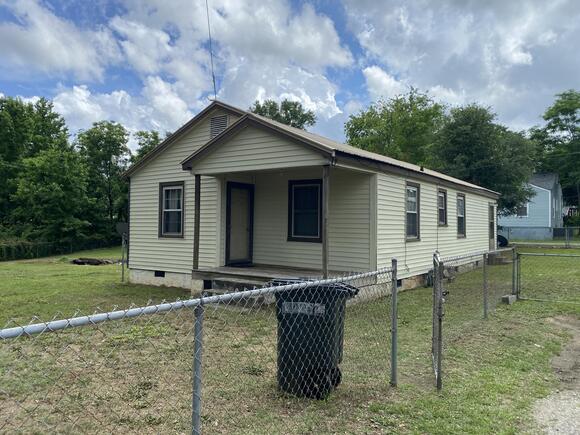 IDX information is provided exclusively for consumers' personal, non-commercial use and may not be used for any purpose other than to identify prospective properties consumers may be interested in purchasing. All data is deemed reliable but is not guaranteed accurate.

This precious home is cute as a button and is sitting on 5.69 acres. There are two tracts that meet this tract and front Freeman Mill Rd that are included. All together there are 8.15 acres. See the photos for visual Set your appointment today for this rare find!. ©...

Tucked away beside a babbling brook is this private home on more than 1 acre of land. This brick home has 3 bedrooms and 2 baths with two living areas and an office/ craft room. Outside there is fencing and 2 storage/ workshop buildings 25 x 14 and 20 x 14.

AMAZING OPPORTUNITY TO OWN A NEW 3 BR 2 BA OVER 1350 SQ FT NEW HOME IN DOWNTOWN ABERDEEN. LIST PRICE UNDER $200,000. © 2021 Pinehurst-Southern Pines Area Association of REALTORS®. All rights reserved. IDX information is provided exclusively for consumers' personal, non-commercial use and may not be used for...

Take a look at this beautiful 3 bedroom, 2 full bath, over 1400 HSF, brick ranch style home. This home features nice hardwood floors in the massive living room space with all new luxury vinyl floors in the kitchen/dining areas. Located in a nice quiet neighborhood, this home is perfect for the first time home buyer or the family looking to grow. Make your appointment today before its too late!!!

RALEIGH — Rockingham City Manager Monty Crump has been elected chairman of the N.C. Wildlife Resources Commission, after serving as vice chair since summer 2019. Crump replaces David W. Hoyle, Jr. of Dallas, North Carolina, and Crump’s vice chair is now Thomas L. Fonville of Raleigh. Governor Roy Cooper appointed Crump to a six-year term as the District 6 commissioner of the NCWRC in 2017. The NCWRC described Crump, who owns a small farm in Mangum, as “a lifetime North Carolina sportsman, outdoorsman and conservationist and has always been a strong advocate for the preservation and enhancement of both the state’s wildlife and natural resources, particularly water management.”

J.A. Bolton | What happened to the bear?

Back in the fifties, when I was just a lad, my family lived on Highway 74 west of Rockingham. Back then 74 was just a winding two lane road with a lot of hills to go over before you reached the Pee Dee River. The river was just a few miles down the road from where I lived. On each side of the river bridge there were two stores, one in Richmond Co. and the other in Anson Co. Both stores sold all types of merchandise and goods. Also, each store sold all types of fish that were caught in the nearby river; such as shad, mullet and catfish.

LAURINBURG — Richmond and Scotland residents banded together to support the Laurinburg Cinema after its staff were robbed at gunpoint over the weekend. There was a “Pack the Place Out” event aimed at filling the seats for the 7 p.m. show on Thursday which featured “Space Jam 2,” “Jungle Cruise” and “Black Widow,” according to the Cinema’s Facebook page. Chelsie Johnson, a Rockingham-based realtor with REMAX Southern Realty and one of the organizers for the event, said there are 260 seats available that have been pre-purchased and will be filled on a first-come, first-serve basis.

ROCKINGHAM — The Rockingham Speedway has been back in action in recent months, hosting a variety of events including a monster truck rally, paintball, drifting, and offering the public stock car driving experiences. On Tuesday, the Richmond County Chamber of Commerce and local elected officials celebrated the “re-opening” of the...

Hoffman to dedicate bench in memory of Rockingham family

HOFFMAN — The Town of Hoffman will hold a dedication at 3 p.m. on August 3 for the family of four that perished in an accident on U.S. 1 along the Richmond-Moore County line on July 2. The Daily Journal previously reported Tesmond Thomas, 28, La’Tany’a Jones, 26, Judah Thomas,...

ROCKINGHAM — Richmond County is the only county in the state that has been classified in the red (“critical community spread”) tier for COVID-19 spread as of July 17, the most recent data available. Despite this, the impact on the county’s treatment facilities for virus patients has been “slight.”. The...

RALEIGH — The number of North Carolinians in the hospital due to COVID-19 has doubled in the last two weeks, the 14-day rolling average of new daily cases has increased by nearly 200% and the share of tests coming back positive is at its highest level in more than five months.

ROCKINGHAM — Jackpot Pallets, a wholesale distribution company, will be coming to Rockingham in mid-August in the space formerly occupied by Big Lots next to the Food Lion on East Broad Avenue. “We’re looking forward to it,” Owner Sanad Nassar said. “I think this place will spark up and give...

Just a Few Blocks to Downtown and to Hitchcock Creek Blue Trail. Remodeled Circa 1920's Home with Well Appointed Millwork and Enormous Rooms with High Ceilings. Upper loft is the Traditional Tongue & Groove Walls a Ceiling. This 3-4 Bedroom Home Sits on a Stately Landscaped Lot with Tons of Space for Outdoor Activities. Screened and Wrapped Porches Offer the Tranquility All Homeowners Desire.

Located in lovely Richmond Park, this spacious home sits on nearly 2 acres and has room for the whole family! This beauty features 5 bedrooms, 3.5 bathrooms, formal living room, dining room, a cozy den with fireplace, and an office space that can be used as a guest room. An attached 2 car garage, encapsulated basement, and a large deck overlooking Hitchcock Creek make this home a must see!

Location! This 2 bedroom, 1.5 bath townhouse is not going to last. Tucked away just off US 1, this unit is close to Historic Aberdeen, local dining, area schools and shopping. The low maintenance vinyl exterior is accented by stone at the entrance. The living room has a fireplace and easy care flooring. Needs a little TLC to really shine. Sold as is.

WADESBORO — Most of the gaming facilities in Wadesboro closed after the Wadesboro Police Department sent a notice to owners, cracking do