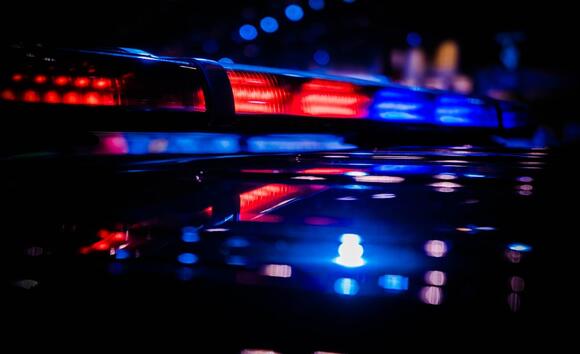 One woman is dead and three others are injured after a man drove his vehicle into a group of protesters late Sunday night in Minneapolis.

The Minneapolis Police Department (MPD) says the incident happened just before midnight at the intersection of Lake Street and Girard Avenue. Demonstrators were gathered in the area to protest the shooting death of Winston Boogie Smith Jr., a Black man who was gunned down by U.S. Marshals in the city earlier this month.

One woman was critically injured at the scene and later declared dead at the hospital. Police said three others suffered non-life-threatening injuries.

The driver was pulled out of the wrecked car by protesters and assaulted and restrained before being taken into custody. The suspect sustained injuries during the incident and was taken to a nearby hospital.

Authorities have yet to say whether the crash was accidental or intentional, but The Star Tribune reports police said the use of drugs or alcohol may be a contributing factor in the crash.

The news outlet identified the protester who was killed as Deona M. Knajdek.

Protesters have been holding demonstrations in the area for days following the death of Smith, who was from St. Paul. The deadly shooting occurred less than two weeks after the one-year anniversary of George Floyd’s death at the hands of Minneapolis police.

Protests erupted outside a Tulsa, Okla., cemetery on Friday as officials reburied the remains of 19 people previously exhumed in a search for victims from city’s 1921 race massacre. The demonstrators argued that the city should have held a funeral ceremony. The city began excavating portions of Tulsa's Oaklawn Cemetery...

Haitian police are investigating what role a former Supreme Court judge may have played in the assassination of Haiti’s president following new developments announced on Friday, Reuters reported. A spokesperson for the National Police of Haiti said suspects arrested in connection to President Jovenel Moïse's murder — Haiti-Americans and Colombian...

The FBI in Washington has been investigating at least 41 incidents of eco-sabotage. The most serious eco-sabotage incident in recent memory as the damage resulted in 29,000 gallons of crude oil being spilled and the evacuation of 120 people nearby. As Indigenous rights and the climate crisis become infused, activists...

Police blocked off downtown Sydney from anti-lockdown protesters on Saturday as coronavirus cases surge in the city. The police closed train stations to the area and banned taxis from driving customers downtown, Reuters reported. There were also 1,000 officers on duty to prevent any protests from forming in the city.

A Baltimore woman was arrested Wednesday when police located the bodies of her young niece and nephew in her car, according to Baltimore County Government. The remains of the two children, ages seven and five, were discovered during a traffic stop after Nicole Michelle Johnson was pulled over for speeding. The car she was driving reportedly had fake West Virginia tags, and was uninsured and unregistered, according to ABC 4.

Thousands of demonstrators turned out throughout France to protest against COVID-19 health passes the government has implemented. An interior ministry official said that Saturday saw more than 200,000 protesters, an increase of more than 40,000 from last weekend’s protests, Reuters reported. Interior Minister Gerald Darmanin stated that 19 people were...