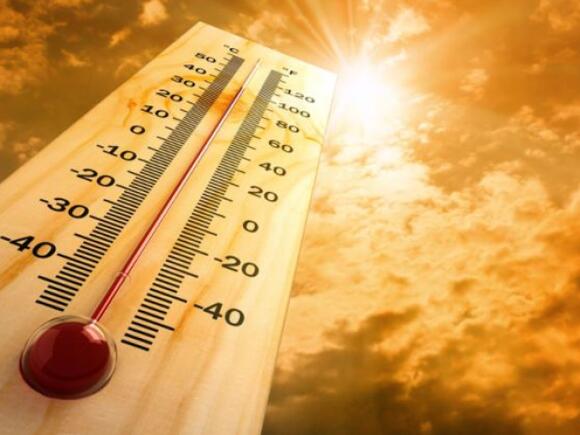 LOS ANGELES (AP) — Much of California faces an early season heat wave this week as high pressure over the Southwest expands westward.

Significant heat is expected to be in full effect in Southern California on Tuesday, excluding some coastal areas.

Red flag warnings will be in effect Monday evening through Wednesday morning along the south Santa Barbara County coast and critical fire weather conditions are also expected in southeastern California.

Temperatures will soar in the San Joaquin and Sacramento valleys by Thursday.

Interior valleys and mountains of the east and north San Francisco Bay region will also see rising temperatures but onshore flow near the coast should limit heat risks there.

After 12 years and a pause because of the pandemic, the California Geological Survey released new tsunami hazard area maps.

An earthquake that happened south of the Alaska Peninsula Wednesday night created water level surges along the West Coast today.

The governors of California and Nevada called for more federal firefighting assistance Wednesday as they toured a region blackened by one of several massive wildfires that have destroyed dozens of homes in the West.

CAL FIRE SLO firefighters responded to reports of a brush fire in Paso Robles Friday. The fire broke out at around 7:00 p.m. in a riverbed near the 5100 block of Estrella Road.

Statewide Flex Alert issued for Wednesday due to heat

A heatwave in some parts of California is forecasted to impact the state's electric grid.

The Los Padres National Forest has announced that Daryl Hodges will be the new Santa Barbara District Ranger.

San Luis Obispo County Public Health officials say nearly all of the recent COVID-19 cases, hospitalizations and deaths reported in the county are among people who have not been fully vaccinated against the coronavirus.

A cooling trend continues today and into Monday with increasing moisture and cloud cover from monsoonal activity to the east.

Santa Barbara County is seeing what’s described as a “dramatic increase” in the number of new COVID-19 cases, prompting health officials to once again encourage those who are currently unvaccinated to change that.

Central Coast firefighters are part of the team fighting against California's largest blaze.

On Wednesday, the Paso Robles Event Center relaunched the California Mid-State Fair with a slower than usual start.

Daytime temperatures should lower Sunday and Monday as the low approaches and cloud cover increases.

Local wine industry leaders were recognized Friday night for their hard work and creativity when it comes to all things wine.

A month after California’s reopening, the state is seeing COVID-19 cases and hospitalizations rise.