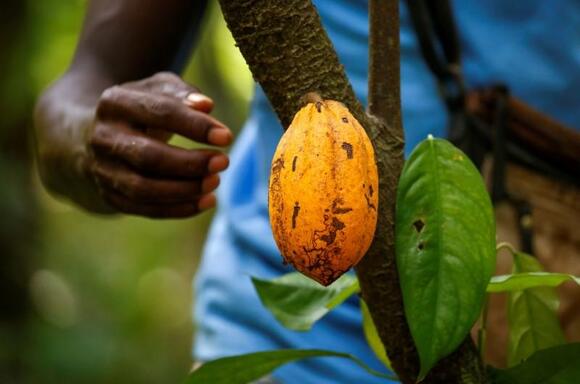 Ivory Coast, the world’s top cocoa grower, is in the middle of its March-to-November rainy season when downpours are abundant. Farmers need a mix of heavy rainfall and sunny spells to grow cocoa.

Farmers welcomed last week’s rains after more than a month of dry conditions, saying that the downpour will strengthen crops for a significant harvest from mid-August.

But there were concerns over the shortage of buyers, farmers said. Lack of proper storage and drying conditions could hurt the quality of their beans if the heavy rains continue, they added.

Several cocoa cooperatives managers told Reuters that major grinders have reduced their purchases due to power cuts that have hampered operations.

The west African nation is suffering from severe power outages with power rationed to users due to a drop in generation capacity since late-April. This has reduce its grinding capacity.

In the centre-western region of Daloa, and in the central regions of Bongouanou and Yamoussoukro, rains were above the average. Farmers said harvesting was tailing off but downpours from last week will reinvigorate trees for new flowering.

In the western region of Soubre, at the heart of the Ivorian cocoa belt, and in the southern region of Divo, where rains were above the average, farmers said the rains would improve the size of beans to be harvested in about two months.

“If the rains continue, we’ll have sizeable beans in the pods in August,” said Eugene Krou, who farms near Soubre, where 66.5 mm fell last week, 11.5 mm above the average.

In the southern region of Agboville, and in the eastern region of Abengourou, rains were below the average but farmers said the level of soil moisture was sufficient, and the cloudy weather recorded was a sign for more rainfall this week.

Average temperature in the country during the week ranged from 26 to 28.9 degree Celsius.

A wet winter, a soggy spring: what is the negative Indian Ocean Dipole, and why is it so important?

It was nice to see a break in the rain again today, with many areas looking dry on radar as of 4pm. Most spots did see some impressive summertime heat. Head index values ranged between 100-105 by mid-afternoon. Moisture quickly returns tomorrow and along with that, we will see a chance of mainly scattered afternoon thunderstorms. Better chances of rain arrive on Wednesday and Thursday.

ICHINOMIYA, Japan -- An offshore tropical storm brought wind and rain to the Tokyo region and affected some Olympic events Tuesday as it headed toward northeastern Japan, where stormier conditions were forecast. The Japan Meteorological Agency predicted Nepartak would bring heavy rains, strong winds and high waves to northeastern Japan...

Tropical Storm "Nepartak" -- the 8th named storm of the 2021 Pacific typhoon season -- is heading toward the eastern coast of Honshu, Japan. Landfall is expected in an area close to Sendai City, Tohoku Region around midnight UTC on July 28, 2021, with maximum sustained winds up to 85 km/h (53 mph).

Farmers in Ivory Coast hope for rains even as pods flourish

ABIDJAN, July 26 (Reuters) - Rainfall was below average in many of Ivory Coast’s cocoa growing regions last week, but previously ample moisture has allowed an abundance of large fruits to develop, farmers said on Monday. The world’s top cocoa producer is in its rainy season which runs from April...

The latest in a month-long series of cold fronts to arrive in southwest Western Australia will bring a range of severe weather to the most populated regions within the state starting Monday, July 26, 2021. This front is expected to be windier than a typical front and is likely to produce the kind of weather that is only seen around twice a year.

Rain in counties across the Capital Region has exceeded the 30-year average for June and July by 3 to 6 inches, according to weather experts. The rainfall looks to be slowing down over the coming week, however, according to meteorologist Michael Main at the National Weather Service in Albany. “As...

Lawns, farm fields and gardens in the Monroe County region won’t be drying out anytime soon after another damp week marred by heavy rain. More than two inches of moisture fell at the Dundee Wastewater Treatment Plant last week, including 1 ½ inches that fell during several downpours Friday. The plant also measured .65 of an inch on three other days. The latest monsoon events drenched the region and boosted the monthly total so far to almost three inches. With less than two weeks left in the month, the total of 2.97 incheis still under the the average rainfall (3.51) for July for Southeast Michigan, according to the National Weather Service.

Heavy rain will remain along the coast in the short term

Overall rain chances will be more hit or miss through the early to mid afternoon as the heaviest activity remains along the coast and also moves north into central Mississippi. This will be good news for areas that have seen close to 10 inches of rain this morning like Mandeville.

ABIDJAN, July 19 (Reuters) - Ample rain last week in much of Ivory Coast’s cocoa growing regions broke a dry spell and bode well for the development of the Oct-Sept main cocoa crop, farmers said on Monday. The world’s top cocoa producer is in the midst of its April-November rainy...

Today's forecast looks a lot like yesterday mainly sunny and mostly dry. This afternoon will feature near-normal temperatures in the mid-90s. The best chance for storms will remain in the Gila region and areas west of El Paso. The eastern counties will be dry and sunny. Thunderstorms will develop Thursday through Tuesday.

A weakening In-fa is beginning to track away from the southern Japanese islands but has its eye set on eastern China by the end of this weekend. The storm could bring extremely heavy rainfall to millions in China. And behind In-fa, there is a growing tropical threat from newly named...

NEW YORK (WWTI) — Officials are urging hikers and outdoor recreationists after to use caution after Heavy and frequent rains swelled rivers in the Adirondack Park. The New York State Department of Environmental Conservation has warned residents and visitors that many trails, campgrounds and popular water recreation areas in the Adirondack region are flooding due high precipitation in recent weeks.

London floods: 14 of the most dramatic images and videos as southern England battered by heavy rain

London and other parts of southern England experienced flash floods yesterday caused by heavy rain. Pictures and videos from across the area showed roads covered in surface water after hours of downpours. London Fire Brigade said that they took more than 600 calls concerning flooding on roads and in basements,...

UK weather: Thunderstorms and flooding for the south while north enjoys more sunshine

Brits face warnings of thunderstorms and flooding for the south while warm, sunny weather is predicted to continue for the north of England. After a week of scorching weather with the mercury rising above 30C in parts of the country, the unsettled weather has returned for many this weekend - and it is likely to go on into next week.

It appears like a doomsday scenario in parts of China as torrential rain, flooding, and typhoon disrupt daily lives in multiple provinces across the country. Persistent flooding has caused 63 deaths and affected millions of people in the Henan province alone, reports Xinhua news agency. Now, forecasts suggest a fresh...

People in Scotland have been urged to take "extreme care" over the coming days with heavy rain expected to cause flooding across the country. The Met Office has issued a yellow warning for thunderstorms from Tuesday. It covers most of the country from 12:00 to 23:59 and follows a spell...

Is there going to be another UK heatwave in August? Latest Met Office weather forecast, and how hot it will be

The July heatwave has well and truly come to an end, with much of the country being doused in heavy rain over the weekend. Temperatures have returned to around average for this time of the year, and conditions look to remain unsettled for the remainder of the week – thunder and even hail are possible over the weekend.

UK weather forecast: South prepares for more rain after London floods – but highs of 27C on drier day for most

The south of England has been told to prepare for more rain after the weekend brought flash floods to London, but Monday should be a warmer and drier day for most of the UK. The start of the week is expected to bring warmer temperatures than those seen over the weekend, with highs of 27C, but the weather will be cloudier and cooler in the far north of the UK. The majority of the UK will enjoy sunny spells and only a light wind.

Thunderstorms and torrential rain are set to continue across the UK until Monday, forecasters have warned. Now, forecasters say that today will see more 'scattered heavy showers and thunderstorms' in parts of the south, a day after flash floods in London. The rest of the country was forecast to experience...